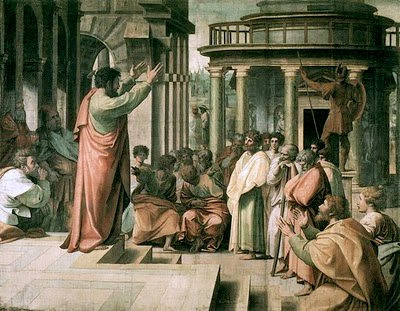 Over the years there has been much discussion in this space about the reasons why Western Civilization was (and still is) the greatest in history. What are the characteristics of our common culture that enabled it to explode out of Europe and achieve undisputed dominance throughout the entire globe over the brief span of five centuries?

Native intelligence obviously played a major role. Without the genetic basis for high IQ, European ingenuity and inventiveness would not have been sufficient to give our civilization the technological and organizational edge that enabled it to establish and administer far-flung empires.

However, as Fjordman has often pointed out, intelligence alone is not a sufficient explanation, since the average IQ of East Asians is higher than that of Europeans. The Chinese established a complex and sophisticated urban civilization a full two millennia before the European explosion, yet they never managed to achieve more than regional dominance.

Fjordman’s hypothesis is that the incidence of IQ “outliers” — the number of people with extraordinarily high or extraordinarily low intelligence — is much greater among Europeans, which may account for our ascendancy by providing our civilization with a pool of gifted innovators whose work drove the advancement of European civilization.

Now that Western Civilization seems to be in the throes of cultural suicide, China stands as the likely inheritor of what remains. For that reason, it’s no surprise that the Chinese have a keen interest in figuring out what made Europeans so successful. Unlike many of our own analysts — to whom some topics are too repugnant to be considered, no matter how politically incorrect the scholar — the Chinese are interested in discovering the real reasons for the success of the West, whatever they may be.

A member of the Chinese Academy of Social Sciences — a government functionary in a totalitarian atheist state — has come to a surprising conclusion. His analysis will not sit well with orthodox secularists in the West, who have done their best to drive a stake through the heart of Christianity for the past hundred years:

Christianity the reason for West’s success, say the Chinese

In the West we are doing our best to destroy our Christian heritage but in China, Chinese intellectuals are coming around to the view that it is precisely this heritage that has made the West so successful.

Former editor of the Sunday Telegraph, Dominic Lawson, in a review in the Sunday Times of Niall Ferguson’s new book, ‘Civilisation: The West and the Rest’, carries a quote from a member of the Chinese Academy of Social Sciences in which he tries to account for the success of the West, to date.

He said: “One of the things we were asked to look into was what accounted for the success, in fact, the pre-eminence of the West all over the world.

“We studied everything we could from the historical, political, economic, and cultural perspective. At first, we thought it was because you had more powerful guns than we had.

“Then we thought it was because you had the best political system. Next we focused on your economic system.

“But in the past twenty years, we have realised that the heart of your culture is your religion: Christianity. That is why the West is so powerful.

“The Christian moral foundation of social and cultural life was what made possible the emergence of capitalism and then the successful transition to democratic politics. We don’t have any doubt about this.”

Note the source. It isn’t from a religious leader, or some religious think-tank. The Chinese Academy of Social Sciences is an instrument of the Chinese Communist government which spends a not inconsiderable amount of time and money persecuting Christians and is officially atheistic.

If this is the conclusion it has come to, maybe Europe needs to reconsider whether it mightn’t be an idea to encourage rather than eradicate Christianity.

Incidentally, just to drive home the point, Lawson also refers to this data point in Ferguson’s book: Wenzhou, the Chinese city which is rated as the most entrepreneurial in the country, is also home to 1,400 churches.

Even if secular Western intellectuals were able to accept this explanation for the European ascendancy — which I consider unlikely — it would not help re-establish Christian faith among Westerners.

Religious faith is not adopted by an entire people out of expediency. Christian fervor did not arise because its adherents reasoned that it would help their drive for world dominance. It was not established for instrumental reasons. Its phenomenal success was merely a by-product of belief, and not its raison d’être.

After religious faith becomes widespread, cynical opportunists may mimic it in their ambition to get ahead, or exploit those who do believe. Power-hungry leaders may abuse it to enhance their positions. And vast numbers of ordinary citizens will simply go through the customary motions of belief out of deference to societal norms.

Yet the core of faith remains, and its causes lie beyond the reach of reason. I do not believe in God because I find it expedient, nor was my faith derived logically from empirical premises. My belief arises directly from an experience of God, and can neither be reasoned into nor out of existence. Because I was born into it, Christianity was the natural framework into which I could fit my own experience.

The disappearance of traditional Christianity cannot be reversed by a collective act of will, no matter how urgently Christian faith is needed. Western Civilization may well continue to destroy itself, and the realization of what we have lost is not enough to save it.

Even in 1867, at the height of the power of the British Empire, Matthew Arnold could sense what was coming, and expressed his foreboding in “Dover Beach”:

The Sea of Faith
Was once, too, at the full, and round earth’s shore
Lay like the folds of a bright girdle furled.
But now I only hear
Its melancholy, long, withdrawing roar,
Retreating, to the breath
Of the night wind, down the vast edges drear
And naked shingles of the world.

And withdraw it did. It has retreated so far across the mudflats that a spectator on the shingles of the earth’s shore can barely distinguish the glint of it, even with binoculars.

But tides are cyclical, and Faith will surge across the foreshore again. There’s no guarantee about what form it may take, however; next time it may even be Islamic.

29 thoughts on “The Heart of Our Culture”