The eminent scholar Toby E. Huff in late 2010 published his book Intellectual Curiosity and the Scientific Revolution: A Global Perspective, which inspired this essay. He was also the author of the modern classic The Rise of Early Modern Science: Islam, China and the West.

When the pro-Chinese English scholar Joseph Needham investigated the history of science among the Chinese he was eventually forced to conclude that “one can hardly speak of a developed science of physics” in China prior to modern contact with Europeans. It lacked the systematic thinkers that one encounters in the history of mechanics in medieval Europe, where there was an established tradition of arguing with Aristotle’s conceptions of motion. These include names such as Philoponus, Buridan, Bradwardine and Oresme, who all contributed to developments that culminated in Galileo’s work. In China there was no Galileo, nor Kepler’s laws of celestial motion which formed the basis for Newton’s great synthesis. 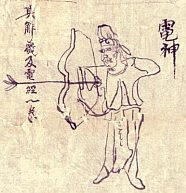 The cosmological outlook of the Chinese organically linked the Earth, and above all the royal family, to the Heavens and the spirit world. The misbehavior of officials, it was thought, and especially of the Emperor himself, might result in famines, earthquakes, droughts or other natural disasters because they had displeased the spirit world. Similarly, anomalies in the heavens were taken as portents of the future and might predict future events that should be known only to the Emperor. For this reason, there was a powerful inclination in Imperial China to keep sky watching confined to the official bureaucracy under a veil of secrecy.

Chinese astronomical theory was never very sophisticated compared to that of the ancient Greeks, not to mention that which developed in modern Europe after the Scientific Revolution, but on a strictly practical level they had a rich tradition of celestial observation that was directly related to calendar making. As Huff asks, why didn’t the arrival of the telescope with Jesuit astronomers have the same fructifying effect on scientific inquiry there as it did in Europe? 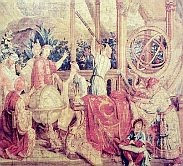 The number of stars accurately catalogued by European astronomers more than tripled through the use of the telescope during the seventeenth century. Yet despite the fact that Western European eyeglasses by the sixteenth century had been exported in significant quantities to the Middle East and as far east as China, Asians did not conduct experiments with such glass lenses leading to their own construction of telescopes. What is even stranger is that after Asian nations had been introduced to the European telescope in the 1600s they were surprisingly slow in using it to gain new astronomical insights. Huff’s provocative suggestion is that they suffered from what he terms a curiosity deficit vis-à-vis Europeans.

The Middle East had a very ancient tradition of making glass for decorative purposes. The region had also produced theoretical studies of optical phenomena inspired by ancient Greek works that were superior to those of East, Southeast or South Asia. Yet after Muslims were confronted with European glass lenses they made almost no creative contributions of their own. Apart from some limited interest in using telescopes for military purposes or for spying on the infidels, there was little response to this new European device in Islamic-ruled lands:

In short, telescopes had been widely disseminated across the Ottoman Middle East, among the Safavids, and in the Mughal Empire within a decade or two after their invention in Europe in 1608-09 and the appearance of Galileo’s revolutionary revelations in The Starry Messenger of 1610. Yet, the telescope’s arrival in Muslim lands — in Mughal India, the Ottoman Empire, and elsewhere — hardly created a stir. No new observatories were built, no improved telescopes were manufactured, and no cosmological debates about what the telescope revealed in the heavens have been reported.” The shift to a Copernican and Newtonian worldview was greatly delayed in the Middle East, as well as in India and China. “In that regard, the curiosity deficit seen in China also prevailed in the Muslim world.

Muslims, however, were much more aggressively hostile to Western ideas than were the Chinese. European Jesuit scholars like Matteo Ricci were allowed to practice their religion in China and even to convert some of the locals to Christianity. They would have been killed for doing the same in the Islamic world since this constitutes a capital offense under Islamic law.

Huff believes that an infectious ethos of scientific curiosity that existed across Europe was unmatched elsewhere in the early modern world. At the end of the day, there was no Thai Leeuwenhoek, no Korean Galileo, no Chinese Newton, no Indian Leibniz and no Turkish Tycho Brahe.

Toby E. Huff comments on the fact that several leading writers in recent years have claimed the parity or superiority of China to Europe economically prior to the eighteenth or nineteenth century, but they have often more or less ignored the Scientific Revolution and the enormous technological and economic impact it had. This would include Kenneth Pomeranz in The Great Divergence, or books with such titles as The Eastern Origins of Western Civilization.

There was a different public sphere of information sharing and debate in parts of Europe. In the seventeenth century, pamphlets evolved into newspapers, with the London Gazette appearing in 1666. Nothing like this took place outside of Western Europe at this point. 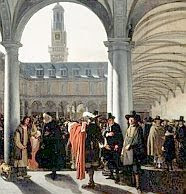 Researchers Sascha O. Becker, Erik Hornung and Ludger Woessmann have reinterpreted Max Weber’s thesis and found that Protestant economies “prospered because instruction in reading the Bible generated the human capital crucial to economic prosperity.” They also found that Protestantism’s strong effect on literacy rates was “large enough to account for practically the entire Protestant lead in economic outcomes.” Protestant countries had near universal literacy in 1900, but no Catholic country had reached full literacy, with many falling far short.

Estimates of book production in Asia reveal exceedingly low levels of production. It was close to zero in the cases of India or present-day Indonesia because printing did not become widespread in much of South and Southeast Asia until the nineteenth or twentieth centuries. Even regarding East Asia, where block printing had been invented a thousand years earlier, numbers provided by Sinologists indicate that total book production in Europe in the early modern era was vastly greater than in China. Moreover, those Asian books that were produced had little to do with scientific advances, mechanics, electrical studies or air pumps.

Britain, and Europe more broadly, had a major intellectual, institutional and human capital advantage that fed directly into the early Industrial Revolution, human capital here used to measure the knowledge, skills, health and experience of a society’s inhabitants. Seen in this light, “it is apparent that Western Europe was on an entirely different developmental plane than the non-West. This was probably true since the time of the Greeks.” Nevertheless, the Dutch economist Jan Luiten van Zanden has showed that this has roots in medieval times, with the establishment of corporations, parliaments, universities and professional associations. Western human capital formation from the fifteenth century onward was thus far ahead of the rest of the world, but Japan’s high literacy rate was the closest equivalent outside of Europe:

According to van Zanden, that lead was probably 300 to 400 years ahead of rivals such as Japan and China. Non-Europeans were triply disadvantaged: first, whereas literacy rates rose rapidly in Europe from the sixteenth century onward (perhaps even as early as the fifteenth century), levels of literacy in non-Western countries were extremely low and remained so to the end of the twentieth century; second, there was no scientific revolution outside the West; and third, the legal and intellectual foundations for stable economic development as well as democracy and constitutional government were absent. Nothing parallel to the legally circumscribed public sphere of newspapers and public dissent appeared outside Europe before the end of the first quarter of the nineteenth century. Even then, those publications were distant approximations of the European press. All these results run counter to those who argue that there was no cultural or institutional difference between Western Europe and China, Mughal India, or the Ottoman Empire in this period. Finally, we cannot overlook among all these assets the unique broad-based scientific curiosity that propelled modern science throughout the seventeenth century.

As the leading historian J.M.Roberts put it: “The massive indifference of some civilisations and their lack of curiosity about other worlds is a vast subject. Why, until very recently, did Islamic scholars show no wish to translate Latin or western European texts into Arabic? Why, when the English poet Dryden could confidently write a play focused on the succession in Delhi after the death of the Mogul emperor Aurungzebe, is it a safe guess that no Indian writer ever thought of a play about the equally dramatic politics of the English seventeenth-century court? It is clear that an explanation of European inquisitiveness and adventurousness must lie deeper than economics, important though they may have been. It was not just greed which made Europeans feel they could go out and take the world. The love of gain is confined to no particular people or culture. It was shared in the fifteenth century by many an Arab, Gujarati or Chinese merchant. Some Europeans wanted more. They wanted to explore.” 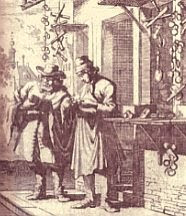 If one looks up the meaning of the term “curious” as it is used in modern English, it carries the primary meaning of being marked by desire to investigate and learn to know how the world works. However, the word can carry the connotation of being novel, singular and unusual in the slightly negative sense of being odd or strange. Finally, being curious can carry the decidedly negative meaning of being meddlesome or prying, of taking an undue interest in other people’s affairs and thrusting oneself into their affairs unasked and unwelcomed.

I would venture to say that all of these different designations can accurately describe some defining characteristics of Western civilization: First and foremost we have an unusually powerful positive interest in knowing how the world and the universe looks like and works. We have made unusual advancements, but sometimes also strange and unusual mistakes. Finally, I have to admit that we can occasionally display a tendency to be meddlesome and unduly interefere into other people’s affairs. In short, the West is the curious civilization.

9 thoughts on “The Curious Civilization”