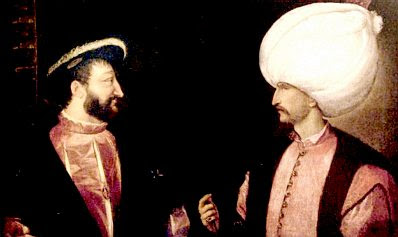 On last week’s open thread — which has accumulated more than 250 comments, and still growing — Sagunto suggested that a new topic be established to discuss Hesperado’s analysis of Politically Correct Multiculturalism (PC MC). Hesperado indicated that he might not be available for much discussion in the immediate future, but we might as well go ahead and get started without him.

We can all do warm-up exercises until the coach arrives. And if I get the introductory material wrong, Hesperado can set me straight when he shows up later.

Before getting down to the topic itself, watch this news report of a schoolyard incident as a case in point. The clip concerns an Australian boy who had been picked on and bullied at school for years, until one day he snapped and retaliated with disproportionate force against one of his tormentors. A cell phone video of the event went viral over the internet, and as a result the kid is unlikely to be bullied again anytime soon.

Those of us who grew up during the pre-PC era would consider this to be a just, equitable, and optimal resolution to the victim’s dilemma. The rules have changed in recent decades, however, and what the boy did is now considered doubleplus ungood — both children have been suspended from school, establishing the familiar moral equivalence between an aggressor and a victim who defends himself.

However, rather than focus on the issue itself, I’m more interested in the PC mindset that is so much in evidence in this story. When the victim’s father is interviewed, he says, “It’s nothing to be proud of.”

Oh, really? Why not?

If it were my kid, I’d certainly be telling him how proud I was of him, and that what he did is the only effective long-term deterrent for bullies. This father, however, is quite a bit younger than I am, and presumably grew up in an age of universal political correctness. Like the rest of us, he has been bombarded daily by relentless indoctrination from the media, the government, and public institutions.

And it may be that the father really is proud of his son, but knows the rules so well that he dare not voice his pride in public. This demonstrates the uncanny resemblance between political correctness and Islam — absolute public compliance is required, and ordinary people are well aware of how dangerous it is to say the wrong thing when the guardians of orthodoxy may be listening.

And consider the final quote from the victim himself. He doesn’t say, “You don’t have to take it! You can fight back, like I did — it’s the only way to stop a bully.”

Nope. He knows the rules, too. He says, “School ain’t gonna last forever.” In other words, “You just have to hunker down and endure it until you can get out of there.”

Such is the force of political correctness in all modern Western societies.

Throwing Multiculturalism into the PC mix described above has created a toxic brew that is now in the process of deconstructing Western Civilization.

My description of PC MC will draw on Hesperado’s excellent analysis, but may differ in some respects. His basic thesis is that PC MC is not the result of a deliberate plan by a secret cabal of powerful elites who intend to use it to abolish the Western nation-state and establish a globalized new world order. Instead it is a widely-diffused ideology that has its origins in traditional positive and well-intended Western ethical principles. All those good intentions have mutated and metastasized into a deeply irrational parody of the original, and are now embedded throughout the culture at all levels.

PC MC is fundamentally incoherent, but since most people never examine it in detail, or even consciously, the essential irrationality never has to be addressed.

PC MC requires its adherents to practice doublethink constantly, in order to entertain all these diametrically opposed notions. All races are equal, but white people are especially bad. In order to promote equality, we must treat people unequally, with straight white men receiving the worst treatment of all.

An ideology of such raging incoherence can only be enforced subliminally, through social pressure, ostracism, and the tacit implication that no good person could ever disagree with it. Because it owes its origins to worthy social goals — ending Jim Crow, not repeating the Holocaust, establishing equal rights for women, allowing equal opportunities for all races, etc. — PC MC continues to enjoy widespread societal approval, provided that its premises are never closely examined.

This allows the vast majority of well-meaning Westerners, whose moral compasses are otherwise sound, to embrace such an irrational and destructive intellectual construct. Those who may not feel totally at ease with PC MC — or who even oppose it — know better than to voice their objections except among people they can trust. Adherence to the secular credo is reinforced by formal and informal penalties for violating it — anyone who values his career, his social position, and his financial solvency is well-motivated not to oppose it.

The organic growth of PC MC ideology in Western societies is a deranged viral meme that has infected the public information space. Although it has been expedited and accelerated by those who stand to profit from it — politicians, academics, trans-national corporations, etc. — it owes its success to the popular appeal of the original good impulses that lay behind the prototype versions when they emerged fifty or sixty years ago.

This explanation appeals to me, because it doesn’t rely on a secret conspiracy by an elite cabal. Resorting to conspiracy theories to explain observable phenomena generally violates Occam’s razor, which states:

Or, more clearly but less succinctly:

The simplest hypothesis proposed as an explanation of phenomena is more likely to be the true one than is any other available hypothesis.

Of course, a hard-core conspiracy buff might counter that Occam’s razor is a false principle designed to hoodwink the gullible, and was inserted into European philosophy by a cabal of International Zionist Illuminati Trilateral Commission Bilderbergers — or something similar. Who can argue against that? Some theories transcend mere logic.

PC MC is a mind-parasite that has afflicted much of Western culture since 1945, but it is not what is destroying us, not directly. The proximate cause of our imminent demise is a virus of opportunity known as “Islam”.

PC MC has disabled our ideological immune system, and Islam has quickly taken advantage of the failure of our defenses. The heart of the citadel is now open and exposed, easy pickings for the desert bandits who have fourteen centuries of experience in plundering and enslaving a weakened enemy.

If we are to re-establish our resistance to the invasion of such a destructive ideology, we must first overcome our own collective madness. It’s time to pick up Occam’s scimitar and shave away all the cant and nonsense that has long straitjacketed our ability to protect and defend our civilization.