The conventional narrative about Arid Uka, the Frankfurt assassin who murdered two American soldiers, is that he was a deranged loner whose views had nothing to do with the broader mainstream of Islam in Germany.

But is this characterization true? An investigative report by Die Welt online would seem to indicate otherwise: Arid Uka was thoroughly embedded in the Salafist networks. 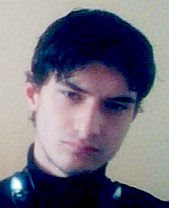 According to the national security service president, the assassin of the Frankfurt Airport, Arid U., linked his Facebook profile with the Facebook page of the radical group DawaFFM (Dawa=“the Islamic Mission,” FFM=Frankfurt am Main). In the social network, he went by the “war name” of “Abu Reyyan”.

“DawaFFM” maintains it is harmless, but will allow no journalists into its meeting.

Members of the group DawaFFM, which has been connected with the attack at the airport, met at a seminar on Islam in Frankfurt over the weekend. According to the group’s announcement, Preacher Abdellatif R. appeared. It was by his internet orations that the alleged shooter, 21 year-old Arid U. is said to have been radicalized.

While first announcements indicated that the meeting on Saturday evening and on Sunday in the Ansar Mosque in a commercial area in the Fechenheim section of Frankfurt was a public one, journalists were refused access on Saturday evening. The organizers referred to “inflammatory media reports” and to the fact that Abdellatif R had lost his position as a janitor because of prosecutorial investigations. The preacher had also received threats. “We want to be left in peace,” said a spokesman of DawaFFM.

Besides Abdellatif R., it was said that Preacher Ibrahim Abou-Nagie — who legitimizes violence — of the group “The True Religion”, and Preacher Abu Abdullah — who approves armed jihad — also attended the seminar. Another guest was the former gangsta-rapper and present Islamist Deso Dogg. The native of Berlin broke into the headlines in recent months because he, too, glorified jihad. In an a capella Islamic song, the 35-year-old sang, among other things: “The sword that never rests — we give our blood out of love.” The singer, now appearing under the name Abu Maleq was apparently a great idol for Arid U. On his Facebook page, he wrote: “Abu Maleq, I love you!”

On the outskirts of the seminar, Deso Dogg, who had been a repeat violent offender before his involvement in Islam, responded evasively to questions concerning the expressions of affection from the alleged double killer: “That is his affair. I don’t know him.” Outside of that, Deso Dogg maintained that he had not called for jihad and said only: “If you are attacked, like our brothers in Afghanistan, you defend yourself. That is normal.”

Abdellatif R. did not want to speak to journalists, either about the accusations against him or about cooperation with singer Deso Dogg, who glorifies violence and jihad. Abdellatif and DawaFFM had already distanced themselves from the airport attack on Friday, and maintained that they did not know Arid U. Abdellatif R. also denied enlisting Muslims to armed jihad. This accusation cannot in fact be deduced from his comments visible on the internet. Nonetheless, the Frankfurt prosecutor’s office is investigating him in that connection and has had his residence searched, among other things.

Abdellatif’s group DawaFFM is considered one of the most important focal points of the particularly fundamentalist Salafist scene. The followers of the ideology regard the Koran as the guide in all areas of life. Depending upon the situation, they see Islamic law, sharia, as superior to the constitution. Their most radical members refuse to participate in elections and legitimize violence in the name of religion. More moderate groups claim that they accept democracy and label terror attacks as incompatible with Islam. National security officers, at any rate, consider these groups too to be dangerous, because they often function as a “re-heating” element for further radicalization.

According to the evaluation within security circles, Arid U. also belonged to the Salafist scene. But no one there will admit knowing him. Seminar participants on Saturday said: “We have never seen him.”