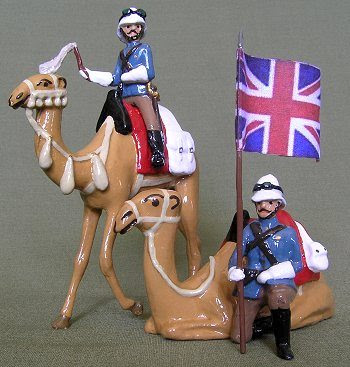 Our English correspondent JP sends what he describes as “an extraordinary letter from ex-FCO Minister (2005-08), Kim Howells, in today’s Times”. The text is followed by his brief commentary:

Sir, Constipated is one word that described our Government’s response to the unfolding drama of the Egyptian revolution. “Exercising caution in order to guard Britain’s best interests” is the explanation usually offered for not treating constipation, even when it was obvious that we ought to embrace with vigour the struggle of brave people, like the Egyptians, to rid themselves of suffocating, repressive regimes.

Perhaps we should understand that, with the collusion of ministers of successive governments, including the ones I served in, the upper echelons of our Diplomatic Service are stuffed with fawning “Arabists”, as they love referring to themselves. Their reluctance to criticise Middle Eastern tyrants, and their penchant for helping to bugger things up after tyrants have been removed, derives I suspect from childhood desires, not to be train drivers or nurses, but to be latter-day Lawrences of Arabia, dashingly engaged in playing diplomatic chess on the backs of camels.

The Middle East doesn’t have a monopoly of cruel regimes, of course. We play footsie with reactionary governments in China, Afghanistan, Pakistan and a dozen other countries where people are routinely abused, tortured and murdered. I’m not certain whether constipation and fawning are in the same medical category but the conditions are definitely not limited to Arabists. I suspect that their causes lurk in the water supply at the Foreign and Commonwealth Office and, probably, over the road in Parliament.

What an extraordinarily vitriolic statement for an ex-Government Minister to make — he appears to imply, with this medley of scatological allusions, that the UK’s entire foreign policy is a result of poor potty training!

For a more balanced view, please see a previous post at Gates of Vienna ( “Camel Corps Gallimaufrey”) or Martin Bright’s pamphlet, When Progressives Treat with Reactionaries: the British State’s Flirtation with Radical Islamism, describing the close links between the FCO and the Muslim Brotherhood.

3 thoughts on “Constipation and Fawning”