It’s always a pleasure to hear the words of a Muslim zealot who discards all pretense and dissimulation and tells it like it is, Islam-style. Anjem Choudary in the UK is a perennial favorite in this regard, never failing to assure a television interviewer that Islam is superior to all other religions, that it must triumph, and will eventually rule in Britain.

Australia seems to have raised up its own antipodean Choudary in the person of Ibrahim Siddiq-Conlon, a white convert to Islam. Like Mr. Choudary, Mr. Siddiq-Conlon has launched a “Sharia4” franchise in his country, “Sharia4Australia”. But he goes a step farther than his soul brother in England — he acknowledges that violent confrontation may in fact be required to assure the victory and ascendance of Islam in Australia.

Here’s the report from The Australian:

PM Go and ‘Let the Muslims Take Over’ 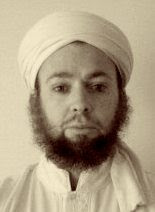 ISLAMIC preacher Ibrahim Siddiq-Conlon points heavenwards to emphasise his message for the governments of Australia — there is no God but Allah and only his laws should be obeyed.

“My attack is on the Prime Minister of Australia,” he said yesterday. “I hate the parliament in Canberra. I want to go straight for the jugular vein and advise the parliament that they have no right to legislate. They should immediately step down and let the Muslims take over.”

An Australian-born convert to Islam, Siddiq-Conlon is the self-anointed leader of a group called Sharia4Australia, which is pushing for the introduction of sharia courts as a first step towards achieving Islamic law.

“One day Australia will live under sharia; it’s inevitable,” he said. “If they (Australians) don’t accept it, that’s not our problem. We hope, and our objective is to have a peaceful transition, but when you look at history that has never been the case. There’s always been a fight. It is inevitable that one day there will be a struggle for Islam in Australia.”

A masters graduate in architecture from the University of Technology Sydney, Siddiq-Conlon formed Sharia4Australia last year. He said he had three objectives. The first is to persuade Muslims they must hate “taghoot”, the worship of any God other than Allah, which includes democracy.

“They must hate it, speak out against it. And, if that doesn’t work, take action against it.”

His other objectives are to advise elected governments they have no authority to rule, and to educate non-Muslims on the benefits of sharia, including punishments such as stoning adulterers and severing the hands of thieves.

“Why is it a mercy getting your hands chopped off? Because it can be expiation for your sins. It is better to get punished in this life than to go underground into the grave or into the hellfire for eternity.”

Siddiq-Conlon will join a debate tonight at the Parramatta Town Hall in Sydney on the merits of sharia versus democracy. The event was organised by self-styled debate promoter Zaky Mallah, who was acquitted of terrorism charges in 2005 but pleaded guilty to threatening to kill a commonwealth officer after his passport was cancelled.

The pro-democracy case will be argued by an Australian army veteran, self-described “concerned Aussie” and senior member of the pro-gun Firearms Forum, Jack Zedee. “The issue with Mr Conlon and Sharia4Australia is they are preaching hatred. His views horrify me,” Mr Zedee told The Australian.

Police and private security are expected at the debate, after both sides claimed to have received death threats. Mallah said he had tried to cancel the event but the debaters insisted on proceeding.

Siddiq-Conlon shrugs off concerns his campaign will damage the moderate Muslim community. “If it causes a backlash against the Muslims, I can’t help that. This is a necessary debate.”

13 thoughts on “Plain Speaking in Oz”