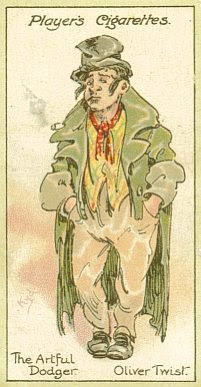 Since Christmas is but a step around the corner, Gates of Vienna brings you a reminder about the dangers lurking in shopping centers and malls. No, not the jihadist dangers, though they are dark indeed. Instead, let us consider the more mundane, quotidian kinds of up close and personal crime — say, having your wallet stolen.

Pickpocketing is a science now. It’s gone all high tech, as you can see on the brief video below the fold (in this new improved Blogger, videos will not play above the fold. Yet another wondrous feature, similar to some of the other annoyances improvements, like the one which deletes comments or drops them without warning).

This pickpocket device isn’t news to the gadget-happy amongst our readers; it’s been around for a number of years now. But it is indeed a shock for those of us only now beginning to move past the hyped-up terror scams of Y2K (kindly pass the smelling salts this way, Betsy).

And with Christmas so close, explaining your risks once you step into in the cold over-heated, noisy crush of perfervid holiday shoppers is a Gates of Vienna service to the tech-resistant amongst our readers (of which there are at least three, one being in Canada).

The idea that credit cards can be stolen without the thief actually laying a hand on one’s property is quite startling. However, as with all such perfidies, entrepreneurs stepped into the gap and created solutions to address the dark side of this technology.

In this case, a possible work-around (the one I use) is to stay home and shop online. Memorize the information and leave your credit cards in your jewelry vault, the one behind your Renoir. Another remedy, one more suited to you gadabouts willing to brave the c/rush, is to purchase wallets made of metal. Once your credit cards and other means of identity are stashed in these armored accessories, thieves using the RFID detectors will be ‘foiled’ [yes, the puns are free].

These wallets can be had almost anywhere. However, Hammacher Schlemmer’s catalogues are the most tempting places to search. We know this well: about fifteen years ago we ordered a Hammacher Schlemmer ping pong ball shooter for the future Baron’s Christmas. It was a wonderful, durable toy but I’m sorry to say it appears to have since been replaced with something messier. A shame they no longer make them. However the fB never lets go of anything; that device is in among his childhood toys in storage, along with a tiny red dustpan and whiskbroom Hullah Ballou gave him when he was three…an item of which he foolishly thought his mother might know the current location. My recorded answer to all such inquiries is: “have you looked in storage?”

Christmas wouldn’t be the same were we not inundated with Hammacher-Schlemmer catalogues. Of course, the days when we could actually buy any of their wares are long past, but the pages remain great fun to read. In fact, more than one late 22nd century social anthropologist working on her thesis will find these booklets a treasure trove of information about the consumption habits of the early 21st century.

If you like conspicuous consumption — or simply like to sneer at it — and you can afford their whimsies, Hammacher Schlemmer’s a good place to look for such items as an RFID-proof wallet, perhaps this one.

The video demonstrating the wiles of the modern Artful Dodger follows (With thanks to Vlad for YouTubing it):

Should you be one of those who prefer to keep your ratty-but-beloved wallet, perhaps a quick get-away from would-be thieves is in order.In that case, consider the the magnificent conveyance H-S is pushing this year.

If you’re interested, here’s the main page; at the top you’ll see a link to their page for ordering the catalogue. Or if you’re too busy and important to shop for yourself (which means you wouldn’t be reading Gates of Vienna, but never mind) here’s where you can make an appointment for a personal shopper consultation: 1-212-421-9000.

[Back in the old days, I used to perform that service for some of my customers (though not at H-S). I possess a knack for thinking of “just the right gift” for the person who has everything but the Swine Flu. Of all the odd jobs I’ve ever had, that was one of the most engaging. On the other hand, one of the most boring is standing in line to return gifts they received from relatives, but couldn’t abide the choices made for them. HINT: it appears to be almost universal: don’t ever buy a purse for a woman, not even your favorite sister.]

Just make sure your credit cards are protected before you walk through the doors. That place must be a magnet for those Nouveau Artful Dodgers.