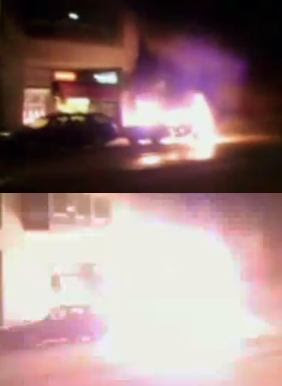 From the Danish TV website, a brief translation by Kitman:

According to Swedish media, the suicide bomber carried six pipe bombs, of which only one exploded. He also carrried a bag full of nails.

Police say that if he had gotten just a little bit further, and had all the bombs detonated — it would have been a massacre.

But the video I just put up [see previous post] — does it show the remaining bombs exploding?

One thought on “Six Pipe Bombs — How Many Exploded?”