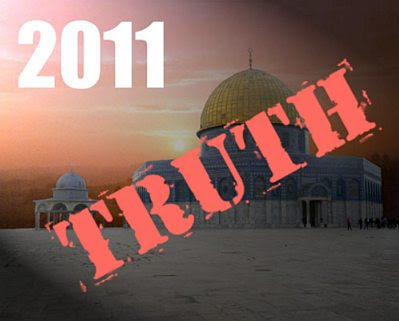 Gandalf (The Younger) is the French anti-sharia activist who blogs at Vérité, Valeurs & Démocratie (Truth, Values, & Democracy) and founded the Alliance to Stop Sharia. He points out that each new year is labeled “The Year of [Something]”, where “Something” is usually a trendy politically correct issue, such as equal pay for women or the welfare of baby polar bears.

He was inspired to designate 2011 as the year of something different, and christened the coming new year as “L’année de la vérité sur l’islam” — The Year of Truth About Islam. In partnership with Aeneas of the International Civil Liberties Alliance, Gandalf launched his initiative at the ICLA website in English and French:

2011 Year of the truth about Islam

Islam today is a politico-religious system based on the principle of slavery.

The goal of Islamic ideology, as depicted in its fundamental texts, is to enforce, willingly or not, Sharia law upon Humanity.

Sharia law contains the obligation of Jihad, to wage it or to support those who do it, militarily, politically, culturally, socially, and economically.

Sharia law violates Human Rights and the principles of Democracy, it abolishes the right to life, and it threatens the physical integrity and right to property of those who refuse to submit.

It has encouraged conquest, wars, slavery, countless persecutions and murders, and genocides like the Armenian one and today’s systematic attempts to annihilate religious minorities. 14 centuries of efforts to enforce Sharia law on mankind have carved a bloody scar in human history.

Any promotion or spreading, directly or indirectly, of Sharia law make those who commit it are accomplices to religious incitement to hatred and violence on a worldwide scale and thus accomplices of a crime against humanity.

We declare 2011 to be the International Year of Truth About Islam.

Go over to ICLA to read the same text in French.

3 thoughts on “Have a Truthful New Year”