Our Austrian correspondent ESW sends this report about the breaking news of Al Qaeda’s threats against Copts in Austria. 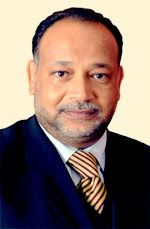 William Tadros is one of the persons mentioned in the list. In an interview with ÖSTERREICH, Tadros reports that he informed the Office for the Protection of the Constitution and Terrorism Prevention when he found out that his name was on the death list. “Al Qaeda wants to kill us because of what we are doing for the Christian minority in Egypt.”

FPÖ party leader Heinz-Christian Strache has written a letter to interior minister Maria Fekter asking her “not to remain inactive when Coptic Christians, who trust in our safety, are being threatened. The Ministry of Interior must act before there are victims!”

The new Al Qaeda group claimed responsibility for the massacre in a church in Baghdad in late October, which left more than 50 dead, as well as the recent suicide attack in Stockholm. The Baghdad massacre took place in direct correlation with the Egyptian Copts because they did not comply with a demand made by this Al Qaeda group. These two attacks prove that this group must be taken seriously. International intelligence services have added Al Daula Al Iraqiyah Al Islamiyah to their watch lists.

The exiled Copts are a danger and menace to the Islamists because of the Copts’ increasingly effective information campaign about the cultural genocide against Christians taking place in the Islamic world. Now that the Jews have successfully been expelled from Islamic countries, the Coptic Christians are next in line. It is the Islamists’ goal to establish a monocultural bloc ranging from the Atlantic to the Pacific oceans.

The group’s website cites the following: “For this reason, the war ministry of the Islamic Iraqi Republic announces that all Christian centers, organizations and clubs with all of its members are deemed justifiable targets for our mujaheddin.” However, those in charge of the death list are targeting the entire free world. It is their explicit goal to establish a fundamentalist Islamic state in Iraq and to act against all Jews and Christians worldwide. The group’s homepage is found in Jakarta, Indonesia.

Tadros will “not be deterred by those threats. We will continue to fight for the rights of Christians.”