German intelligence has received notice from its counterparts in the United States that Al Qaeda terrorists based in Pakistan will arrive in Germany next Monday to execute a planned terror attack near the end of the month. The reported targets will be Christmas crowds in markets or similar locations.

The first report on the topic was translated from Dutch-language sources by our Flemish correspondent VH. The main article is from Elsevier, with additional material appended: 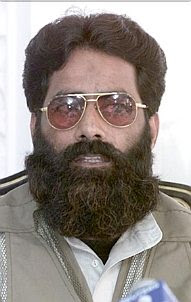 [November 17, 2010] The German government has “strong indications” of an Islamic terrorist attack in late November in Germany. “There is reason for concern, but no reason for hysteria.”

This is what the Interior Minister Thomas de Maizière said Wednesday at a hastily convened press conference in Berlin.

The indications originate from a foreign intelligence service. The minister spoke of a “new situation” regarding the terrorist threat in Germany.

Quote from newspaper Bild: According to [newspaper] Der Tagesspiegel, the German security authorities have information from the U.S. that two to four Al Qaeda terrorists are on their way to perpetrate attacks in Germany and Great Britain.

The U.S. partner mentioned a date for the expected arrival of the terrorists in Germany, which would be November 22, as reported in security circles. — Mohammad Ilyas Kashmiri from Pakistan, one of the leading figures of AQ, might be the mastermind behind the planned attacks.

The minister announced tighter checks at stations and airports. He says that there is “some knowledge” about “efforts by Islamic groups to commit an attack in Germany.”

Uwe Schünemann, Minister of Interior of Lower Saxony, calls for more police in Muslim neighborhoods. The additional police for Muslim districts is one of the seventeen actions Schünemann proposes to combat the terror danger.

He also wants a mobile phone- and computer ban for ‘dangerous Muslims’. Concerning the commotion over parcel bombs from Yemen, Schünemann had already stated that in emergency situations, cargo aircraft may be shot down.

Next, from Economic Times:

BERLIN: German intelligence agents have received evidence from the US that Al Qaeda has sent two to four terrorists to Germany and Britain via India and the UAE, media reported on Wednesday.

The mastermind behind the possible attacks was named as Mohammed Ilyas Kashmiri, a leading Al Qaeda figure from Pakistan. He is also alleged to be behind a bomb attack earlier this year on the German Bakery in Pune, India, in which 17 people were killed.

Kashmiri reportedly recruited the men for the latest planned attacks in the Afghan-Pakistani border region. Their identity was not known.

German police had been checking visa requests at embassies in Pakistan, India and the UAE in recent days.

The US authorities informed their German counterparts a week ago that the attackers were due to arrive in Germany Nov 22, daily Tagesspiegel wrote in an article to be published Thursday.

Intelligence sources reported that the men were to travel via India and the United Arab Emirates, Tagesspiegel reported.

And the English-language report from The Local:

“There is information from our foreign partners that planned attacks are allegedly to be carried out at the end of November,” he said in Berlin, describing a “new situation” regarding the Islamist threat towards the nation.

“There’s reason to be worried, but no reason to panic,” he said, mentioning “concrete leads” being followed by the authorities.

De Maizière said he had put federal police on alert and ordered heightened security at German airports and train stations.

“From today, there will be a more visible police presence. I thought it should be explained to citizens,” he said.

The announcement is a marked departure from the German government’s warnings in recent weeks of an abstract terrorist threat.

Only last month, de Maizière criticized reports Islamists were planning imminent attacks in Germany as “alarmist” and said there was no reason to change the country’s security threat level.

But the minister said on Wednesday security services had noticed growing signs that the terrorist network al-Qaida was planning attacks in the United States, Europe and Germany since mid-2010.

“We now have more details and indications of danger,” he said. “It is the unanimous assessment of the security services that we are currently dealing with a new situation.”

He said Berlin had been tipped off by overseas authorities following the discovery of two US-bound parcel bombs originating from Yemen last month. One of the packages travelled undetected through Cologne-Bonn Airport before being stopped in Britain.

Daily newspaper Der Tagesspiegel reported the United States had warned German officials that between two and four al-Qaida operatives were on their way to Germany and Britain to attempt attacks.

Security sources cited by the paper named Germany’s popular Christmas markets among potential targets and said the terrorists were expected to arrive in the country on November 22 via India or the United Arab Emirates.

But de Maizière said Germans should not be cowed by the threat of possible attacks.

“We will not allow international terrorism to limit our way of life or our liberty,” he said.

Hat tip for The Local: KGS.

2 thoughts on “Terror Comes to Germany”