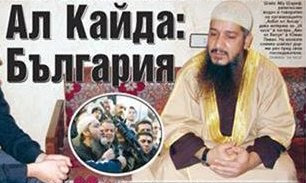 
Our Bulgarian correspondent RR has translated a pair of articles from the Bulgarian media about the migration of Islamic terror from Lebanon and Turkey into Bulgaria, Greece, and points west — and this is before Turkish membership in the EU.

According to recent news articles, Bulgaria is a legitimate target by Islamic terrorists because it sent soldiers in support of the American occupation of Iraq and Afghanistan [see story #1]. Linked in “Related news” was the brief news about the captured Turkish terrorist [see story #2], which made me think how many of them travel across Europe without restrictions.

“Europe without borders” was an idyll featuring free, happy and friendly people, maybe flower-girdled and high on freedom (and pot), moving around and exchanging ideas, diversity, and sex, without any border checks from Lisbon to Umea or from Limerick to… to say Diarbekir in Asia Minor, why not? The liberal oligarchs are keen to admit the 75-million-strong Muslim Turkey into the EU.

Somehow, this hippie visionary dream of Europe without the nasty border cops became a reality.

But it seems that borders still matter.

Islamists from the refugee camp Ain al Helwe in South Lebanon have penetrated into Bulgaria and Greece on false passports. This was disclosed in an investigation by the Lebanese journalist Hassan Aliq published in the newspaper “Al Ahbar” and the site orientbg.info.

The camp Ain al Helwe is the base of the Asbat-al-Ansar jihadist formation, whose speaker announced recently in an interview for 24 Hours that Bulgaria is a legitimate target for al-Qaeda because of the presence of a Bulgarian military contingent in Afghanistan.

The member of the Central Committee of the Fattah Movement, Sultan Aynen, is cited as disclosing: “Over the last three months some persons persecuted by the Lebanese courts made the effort to escape from the refugee camp. To this date more than 20 men managed to leave the camp and have arrived in Europe. Some of them reached Greece and are staying in Athens. Others reside in Bulgaria. Some of those persons were arrested in those two countries, but freed from custody afterwards”.

Aynen suggested that the illegals were supporters of the “ultra-extremist” fraction “Jund ash Sham” — fighters, who left the “moderate” Asbat-al-Ansar.

Middle East specialist Prof. V. Chukov commented on the news: “The original material from the Lebanese source is controversial on some points. What surfaces clearly is the fact that this country (Bulgaria) has arrested some mujahideen, who possibly took part in the bloody battles with Lebanese government forces two years ago and are now actively persecuted by the Lebanese state. Now that this has happened, it is quite logical that their militant faction voices threats against Bulgaria”…

As an introduction to the second article, RR notes:

This cross-border promenade seems never to stop in Eurabia. Below is a recent example from Greece and Bulgaria, a European backyard normally ignored when Paris or Rome are burning — at least in the suburbs for now. But the backyards may hide some really dangerous and alien creatures:12-foot Burmese pythons in Florida, say, or Palestinian “Jund-ash-Shams” Islamist fighters in Bulgaria and Greece.

M.E., 36 years of age, was detained upon his entry in Bulgaria on the ferryboat Kalafat-Vidin, coming from Germany via Hungary, Romania, and heading through Bulgaria to Turkey. He was using a travel permit issued by Germany on January 13, 2006, giving him the right of free movement within EU territory…

He is wanted by the Turkish authorities on a detaining order from July 24, 2007, after an effective sentence in absentia by the Supreme Court in Ankara to seven years in prison for membership in and funding of the terrorist organization THKP/Dev Sol, and participation in terrorist activities.

THKP/Dev Sol is a small Marxist terrorist faction; I wonder if a Muslim terrorist supported by the Muslim Brotherhood would be so eagerly sought after by the Turkish authorities…

And just how many terrorists crisscross at any given point the already non-existent borders within this, our Europe of Dreams?

30 thoughts on “Jihad Without Borders”