Last October, in a post entitled “Counterjihad and Counterintelligence”, I wrote about the book Chekisty: A History of the KGB by John J. Dziak. It was written in 1988, but much of its subject matter may be usefully studied today to help us understand the current war being waged against us by political Islam.

Dr. Dziak recently sent me an article he wrote several years ago about Islam. He views the Ummah as a diffuse “counterintelligence state” on the model of the Soviet Union or Nazi Germany. I have divided his piece into six parts, and will publish them here over the next few days.

The article is reprinted with permission of the author. It first appeared in Papers & Studies by the International Assessment and Strategy Center, Washington, D.C., on 6 April 2007. It was later republished in the Summer/Fall 2007 issue of Intelligencer: Journal of U.S. Intelligence Studies.

This essay is intended as a running reflection on the intelligence and counterintelligence problems posed by resurgent, militant Islam, especially in the post-9/11 era. It is not meant to be a comprehensive assessment either of Islam itself or a prescription for the Intelligence Community on how to portray militant Islam as an intelligence issue for policy makers. Rather, it offers observations on these intelligence problems with an effort to identify and make sense of the deceptive dimensions therein. Such dimensions include not only active deception and manipulation activities undertaken by our adversaries, but the proclivities inherent in the doctrinal aspects of militant Islam itself. In that sense Islamic stratagems against the West are both explicit and implied within the theocratic culture of Islam. But they also embrace a tendency among much of the media and within US policy and intelligence to deny that there’s even a problem in the first place.[1] These reflections draw on the author’s experience in intelligence and counterintelligence and graduate school teaching of the same subjects for over four decades. Obviously, the views are those of the author alone and are meant as a stimulant to a discussion of timely and contentious intelligence issues related to hostile deception.

Militant Islam (also frequently identified as Islamism, radical Islam, fundamentalist Islam, Islamo-fascism, etc.) arguably is the pressing U. S. strategic problem of the moment and promises to remain so for an indefinite period.[2] Ever since the 9/11 attacks, however, major elements of the U.S. leadership, policy, media, and academic elites have danced around the issue of clearly identifying or naming the enemy. Agreement on a generally accepted terminology for the present war itself is problematic. By attempting to define down a national security problem so as not to offend the larger faith community of Islam, or implicate it in the spreading terror attacks worldwide, opinion molders tend to seek refuge in highly inaccurate and misleading euphemisms such as the generic “terrorism” or “terrorists”. But terrorism is a technique, not an enemy. If, for instance, a similar plague of political correctness were in vogue in World War II, we would have been fighting the “perpetrators of blitzkrieg who needed to be brought to justice” or the “practitioners of surprise attack”, rather than the German Nazis or Imperial Japanese militarists.

A number of highly visible bloody actions in 2004-2006 in which Islamic driven anti-Western hysteria was even further whipped up, hopefully may have given pause to those exponents of such timorous Western behavior: to wit, the brutal murder of Dutch filmmaker Theo Van Gogh, the 2004 train bombings in Madrid, the London bombings of summer 2005, the fall 2005 riots in France, the highly organized Danish cartoon frenzy in early 2006, and the case of the Christian convert Abdul Rahman in Afghanistan in March 2006. Equally disturbing to Western sensibilities was the favorable resonance these events generated among large numbers of Muslims throughout the world, especially among the immigrant Muslim populations (significantly, among the second and third generations) in England and elsewhere in Europe. What these events should force us to confront is that Islamic doctrine as found in the holy or revered texts (Koran, Hadith, Sira, etc.) of that faith is at variance with the core tenets of Western civilization and its survival. As aptly put by one observer,

…the Shariah principles in question are shared by all four of the Sunni schools of jurisprudence (Maliki, Hanbali, Hanafi, and Shafi’i), plus the Shia school. There is no “sixth” school that recognizes religious and civic freedom, in any way what these expressions mean in the West.

All five of the actual schools or traditions take a view of idolatry that entirely removes the possibility of freedom of expression in public life. Moreover, all take a view of apostasy that presents a palpable threat to the life and liberty of every non-Muslim, and excommunicated Muslim. And such doctrines as “jihad” (when interpreted as holy war against all infidels), and “razzia” (permission to raid and plunder our infidel communities) are not such as can be assimilated with Western jurisprudence.[3]

That may be one of the many reasons why it is so difficult for so-called Muslim moderates to organize to soften or reform the scriptures of that faith. Aside from theological proscriptions forbidding changes to the unmediated word of Allah as revealed to the Prophet, there is no central institutional authority within Islam to facilitate or foster such changes even if a broad desire were present. It is unfortunate that such candid recognition of Islamic theocratic realities are not part of a broader public and official dialogue in the West in general and in the U.S. in particular, since its absence also affects the ability of the Intelligence Community itself to candidly come to grips with the strategic implications of a resurgent, imperial, and militant Islam.
– – – – – – – – –
The inability or refusal of a putative victim to admit that he even is a target of another’s hostile attentions and attendant deception is by no means restricted to Western elites. The arch-deceiver of the Twentieth Century, Joseph Stalin, so valued his non-aggression pact with Hitler that, for all practical purposes, he deceived himself into absorbing Hitler’s design for Moscow’s defeat well before the June 1941 invasion. A recent compelling account of the reasons for the initial success of Operation Barbarossa put it this way:

…it was Stalin’s insistence on accepting German deception as truth, his rejection of valid intelligence from his own services, and his failure to recognize that the warnings from Western powers, themselves threatened by Hitler’s aggressiveness, were both accurate and well intentioned, that led to the debacle of the summer of 1941.[4]

In what may be an apocryphal account Lenin, in the early 1920s, is said to have advised his chief of counterintelligence, Artur Artuzov, to tell the Whites and the West what they wanted to hear when it came to devising the “legend” for the CHEKA’s classic strategic deception operation, the “Trust”. Even if the above tale is itself “legend”, Stalin should have remembered the actual “Trust” operation, for he too had a major role in its conception and conduct, and would have understood well the credulity of his Western opponents and their susceptibility to being gulled. The Whites and the West self-deceived in their response to Artuzov’s “Trust” deception of the 1920s; Stalin self-deceived before Hitler played him for the fool in 1941. The West’s failure with the “Trust” and Stalin’s failure with Barbarossa are lessons worth revisiting by Western leaders faced with a resurgent Islam — an ideology with almost fourteen hundred years of experience in empire, stratagem, and dissimulation, not unlike the totalitarian “isms” of the Twentieth Century. 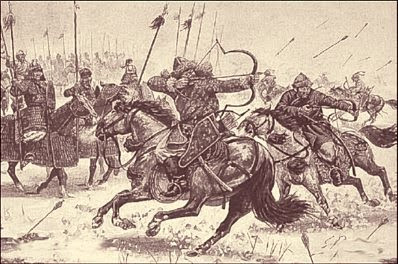 In view of the above experiences it is useful to reflect that an intimate connection between counterintelligence and deception has always existed, especially in non-Western systems. Whether in traditional Islamic societies, autocratic or totalitarian ones like Tsarist and Soviet Russia, or despotic systems like the ancient hydraulic societies of China or the contemporary People’s Republic of China, a counterintelligence system was the intelligence service of choice.[5] Counterintelligence was and is essential to the maintenance of autocratic, totalitarian and despotic elites whose singular claims to monopoly rule could be upheld only through secret police-type operations — hence “the counterintelligence state” in which a fixation with enemies and threats to the power of these elites was the reigning ethos. Penetration, provocation, deception and other active measures characterized the operational tradition of the “counterintelligence state”. This tradition carried over to methods of warfare as epitomized, for instance, by the Mongol conquests of Eurasia in which enemy attention was masterfully deflected by ruse, false threats, and myriad stratagems resulting in stunning victories, frequently against superior forces. In such traditions deception is not merely a military plan annex, dusted off for a particular military campaign, but rather is organic to the whole culture of a counterintelligence focused system. It is part of the DNA of traditional societies and cultures, including Islamic ones. Whether one looks at the religious police of Saudi Arabia, the secret police services of Syria or Iran, or the operations of Al Qaeda one sees the hallmarks of a counterintelligence system, not just Western style intelligence services.

Next: Part II The Setting

13 thoughts on “Islamism and Stratagem, Part I”