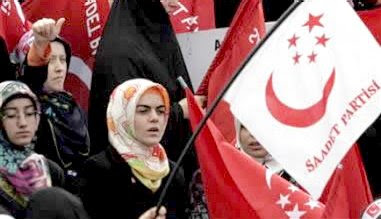 Readers of a certain age will remember the late 1970s and early 1980s, when the Soviet Union seemed to be ascendant. After Nicaragua and Afghanistan, with El Salvador soon to follow, was there anyplace in the world that was not destined to become Red?

Sovietologists writing in magazines and newspapers explained that the U.S.S.R., with its centrally-planned command economy, had avoided the crisis in which capitalism now found itself, and which had plunged the United States and other Western nations into stagflation and high unemployment.

“Peace” activists in Western Europe expressed their devotion to the Soviet Union and their disgust with America. Unilateral nuclear disarmament (for the West only) was in vogue.

The Red Dawn was about to break.

Remember those days? How quaint and remote they seem now! The “experts” who told us that the Soviet Union was strong and stable, that communism was more productive and efficient than capitalism, that accommodation with communist reality was the best we could hope for — all those idiot savants didn’t even have the grace to be red-faced when the Soviet Empire imploded one brief decade later. Most of them managed to hold onto their sinecures as talking heads and pundits. Some of them even had the nerve to tell us that they had seen it all coming.

And so it is today with the Turkey experts. Are they known as “Turkologists”?

Since the end of World War Two and the Turkish accession to NATO, Turkey has been touted as the model of a reliable secular Muslim state, the sole democracy in the Islamic world, and a Westernized ally of Europe and the United States. Never mind that “democracy” in Turkey was always a shallow front propped up by repeated military coups. Never mind that the country folk — strongly fundamentalist Muslims — in central Anatolia were outbreeding the effete Westernized elites in Ankara and Istanbul by a factor of four or five to one. Never mind the rise of the Islamic parties, which could only be squelched by the most blatant non-democratic means.

Turkey was the shining beacon of the Islamic world, proof that Islam could modernize and upgrade and be just like us, except with minarets. The “experts” kept telling us that, and that was what we all wanted to believe.

That illusion has now departed. The AKP is ascendant. The secular elements in the army have been purged. Turkey has switched from being an ally to open enmity with Israel. The Turks now thwart and subvert NATO at every turn, even while Europe and the United States pretend that nothing has changed. Turkey is selling gasoline to Iran and providing weapons to Hezbollah.

The Secular Turkish Miracle is as dead as a dodo.

Dr. Andrew Bostom has written an article about an Israeli scholar named Uriel Heyd who understood precisely the nature of Turkish secularism more than forty years before the “experts” belatedly realized what was happening:

Uriel Heyd on Turkey’s Re-Islamization, Circa 1968: Over Four Decades Ahead of Today’s Vacuous “Analysts”

Since the recent Mavi Marmara flotilla affair — facilitated, and perhaps even orchestrated by the Turkish government — we have been inundated with excruciatingly belated, if not downright delinquent hand-wringing assessments by so-called “expert analysts” of Turkey. These “experts” lament what they view as Turkey’s “precipitous” return to Islamic fundamentalism under the current Erdogan-led AKP regime — as if this dangerous phenomenon emerged suddenly and fully formed from the head of Zeus al-Zawahiri.

A sobering, highly informed corrective to this cacophony of ill-informed Johnny and Janey-Come-Lately “learned analyst” voices was provided by the Israeli scholar of Ottoman and Republican Turkey, Professor Uriel Heyd (1913-1968) — just over forty-two years ago!

First, a brief biography of Heyd, derived from Professor Gabriel Baer’s opening tribute and Preface (pp. 5-6) to Heyd’s “Revival of Islam in Modern Turkey,” The Magnes Press, Jerusalem, 1968, pp. 5-27, and Professor Aharon Layish’s, “Uriel Heyd’s Contribution to the Study of the Legal, Religious, Cultural, and Political History of the Ottoman Empire and Modern Turkey,” Bulletin of the British Society for Middle Eastern Studies, Vol. 9, No. 1, 1982, pp. 35-54.

Heyd’s scholarly pursuits were broad, encompassing Ottoman history (including diplomatic history) and legal institutions, the mid-19th century Tanzimat reforms of the Ottoman Empire, and more generally, how Islamic religious and cultural institutions reacted to the processes of Westernization and secularization, particularly within the late Ottoman Empire, and modern Republican Turkey.

But Heyd’s own candid words, from the remarkably foresighted 1968 lecture excerpted at length, below, reveal another quality almost entirely absent from our present era’s infinitely less substantial “academic experts” on Islam: self-critical humility, and the ability to express mea culpa. Taking his own measure, Heyd confessed — in 1968,

“Until a few years ago many foreign observers, including, I admit, myself, were inclined to think that this development [Turkey’s re-Islamization] was no more than a renewed expression of sentiments which for a long time could not be freely manifested and that the overall process of secularization was going on very slowly but irresistibly. Today I doubt whether this view is still tenable.”

Read the rest (including the footnotes) at Dr. Bostom’s place.

What I want to know is this: Why do “experts” on television and in the newspapers continue to find paid work after having been shown up so many times?

Are they not embarrassed? Are memories so short?

Is no one ready to call them on their demonstrated deficiencies of analysis and prediction?

A generation from now — when we all either live under sharia or inhabit a landscape devastated by a true clash of civilizations — will today’s “experts” on Islam be forgotten so readily?

8 thoughts on “The Experts Get It Wrong — Again”