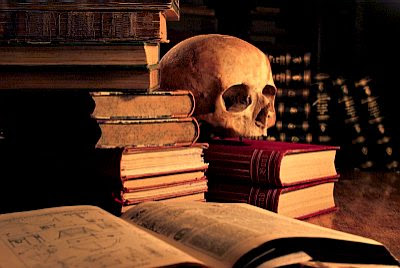 Our Austrian correspondent AMT has a couple of suggestions for beach reading — both of them from the growing genre of Counterjihad fiction.

Summertime means vacation time, and this allows the dedicated Counterjihadist time off in order to read fiction books rather than the usual heavy-loaded non-fiction accounts describing the harsh reality under Islamic rule or the Quran.

In my case, I read two thrillers back to back, providing me with the opportunity to compare them right away. The differences were stark and startling, especially in view of the story lines and what the reader might be able to learn from them.

The first thriller was “House Rules” written by Mike Lawson. It is the third in a series featuring Joe DeMarco, unofficial aide to the Speaker of the House who has his own agenda and instrumentalizes the weakling DeMarco accordingly.

At the start of Lawson’s snappy third thriller starring congressional snoop Joe DeMarco, a series of three failed attempts by Muslim terrorists to attack Washington, D.C.—one by plane, one by car, one by lone suicide bomber—causes nationwide panic. DeMarco wades into the mess when his boss, House Speaker John Mahoney, asks him to check out the possibility that the terrorist onslaught may have been more homegrown than it appears. Quickly appearing on DeMarco’s radar is a suspicious, high-profile piece of anti-Islamic legislation, pushed by the blowhard junior senator from Virginia, that’s on the fast track for approval. While the efficient plot takes some predictable turns, Lawson’s engaging characters, with DeMarco leading the pack, come across as seriously flawed individuals trying to navigate a political world of high demands and constant distractions. Full of insider information, this novel reinforces Lawson’s place in the upper rank of Washington thriller specialists.

The experienced Counterjihadist immediately thought: This book might just be what the doctor prescribed. Finally an author who takes on the need for precisely the legislation he describes in the story. But it was not to be: A shallow lead character, an even shallower story, and an annoying and downright implausible terrorism conspiracy. Who would believe that there is actually a white supremacist group framing “poor” Muslims to carry out terrorist attacks within the United States? And all this in order for a young senator to pass his “controversial” bill which would deport Muslim immigrants and do background checks on all Muslim Americans?

Radical Muslims — Al Qaeda and its spawn — scared the hell out of people. Governments didn’t seem to be able to stop them. They were always blowing up something, and, when they did, old ladies and little kids were killed. [The senator’s] bill, flawed as it was, appealed to a lot of folks because it sounded as if it might make them somewhat safer.

The reaction to the bill [was] predictable as old men dying. Hard-core right wingers thought the man was making good sense. Radical Muslims were indeed a threat, and they, the non-Muslims, were sick and tired of the government dancing around the issue. At the other extreme were the liberals. (p. 24)

The Speaker later explains further about the bill,

But still, [he] thought, [the senator’s] […] bill would have eventually died a quiet death in the Senate committee. People would have calmed down and come to their senses, realizing that the thing was not only horribly xenophobic but fraught with a number of practical problems. [The senator] wasn’t just proposing to kick out visiting foreign Muslims. He was also proposing to do background checks on Muslim Americans but had yet to address exactly how one defined such a person. What about ex-Muslims who no longer practiced their faith? What about people married to Muslims? And what about Christians who’d converted to Islam […]. (p.25)

And later, he adds,

[The] bill was just wrong. To [him] this wasn’t just a matter of constitutional law, although the Supreme Court might have a problem with it. It was instead a matter of fairness. An American citizen had a right to be treated like all other Americans until he did something illegal, something that could be proven to violate the law. It was one thing to think of Muslims in the abstract, faceless stranger practicing their incomprehensible religion, but when you actually knew a good decent Muslim family […], well, it changed the way you thought about what [the senator] was proposing. (p.94)

The young senator’s contains some interesting points, such as how to define a Muslim. I will leave this analysis to El Inglés. However, it is exasperating to read about “the nice Muslim family” and that, as a result, Islam can’t be all that bad. In addition to the countless arguments presented at Gates of Vienna, a website run by “Citizen Warrior” provides illuminating counterarguments to the “I know a good Muslim and he’s my friend” meme. Just one example:

The author would do well to carefully read this and other websites. And blaming everything on the mysterious white, Aryan supremacists lurking behind every evil in order to take over the world makes the author look more ridiculous than the story actually turns out to be. This book deserves nothing less than a thumbs down.

Bestselling author Brad Thor’s latest novel “Foreign Influence”, on the other hand, not surprisingly delivers the goods. Apart from a hero who deserves the title “hero”, Thor not only understands the threat emanating from radical Islam, but he also goes the extra mile to have Scot Harvath (his hero) explain the details to the reader.

First, the story line from Amazon:

In Thor’s formulaic ninth Scot Harvath thriller (after The Apostle), the ex—navy SEAL has lost his job with the disbanding under a new presidential administration of the Apex Project, a Department of Homeland Security secret antiterrorist program that didn’t worry about obeying any rules. Fortunately, Harvath lands on his feet with the Carlton Group, funded covertly by the Department of Defense, with an identical mission. After a bus full of Americans is blown up in Rome, Harvath travels to Europe to track down a man known as the Troll, who’s been implicated in the bombing. Meanwhile, John Vaughn, a Chicago cop who somehow moonlights as an attorney for private clients, seeks to identify the Middle Eastern—looking man who ran down a woman with his cab. Predictably, Vaughn uncovers a plot against civilian targets in Chicago. Bumbling CIA agents make members of the secret Carlton Group look even more heroic.

The story may be “formulaic”, but it is an exciting one nevertheless, a real page-turner, the perfect read for the beach. What sets this thriller apart, though, is Thor’s knowledge of Islamic doctrine and his desire to educate his readers by interspersing information about the threat of supremacist Islam within the plot. He draws on Robert Spencer’s (Thor: “I am indeed honored to call him my friend”) vast knowledge, even mentions him by name in the story, along with Ayaan Hirsi Ali:

Casey’s eyebrows went up. “The one the Muslims went nuts over?” Harvath nodded.

“I watched it on the Internet and never understood the outrage. Didn’t it show scenes of Muslim terrorism alongside passages from the Quran that call for violence against non-Muslims?”

“It did,” said de Roon. “Mr. Wilders was holding a mirror up to the Muslim community and exposing their hypocrisy. They riot over cartoons of Mohammed, but are silent when Muslim terror attacks happen.”

“And so they want to kill him over a movie simply shows the truth?”

The man nodded as if to say, I know. It’s ridiculous. “The hypocrisy is completely lost on them. Remember, Islam is a religion of peace and if you say it isn’t, they’ll kill you.” (p.283)

Thor even has his main character, the heroic Scot Harvath, provide information by mentioned a website, Jawa Report, “which specializes in taking down Islamist Web sites”, so that interested readers are able to increase their knowledge.

Sayyid Qutb was the intellectual father of Islamic fundamentalism, and his teachings are at the very core of Muslim justification for violence and jihad in the name of Islam. Two of his biggest fans were Osama bin Laden and his deputy, Ayman Zawahiri. Vaughn had read an interesting compendium of Qutb’s work while he was in Iraq called The Sayyid Qutb Reader by Albert Bergesen. It was his gateway into the mind of Islamic terrorism […]. (p. 126)

“[…] When it comes to Muslim fundamentalism the only thing they respect is force. Imagine if a Christian Europe had simply turned the other cheek at the Battle of Lepanto or the gates of Vienna. We’d be living in a much different world than we are now.”

“But we’ve come a long way since the Battle of Lepanto.”

“We may have, but they haven’t. To paraphrase Churchill, individual Muslims may show splendid qualities, but Islam’s fanatical frenzy is as dangerous as hydrophobia is in a dog. It’s been over a hundred years since he spoke those words and yet there is still no more dangerous retrograde force in the world.

“And before you give me that tired argument that the fundamentalists have perverted the faith, let me be perfectly clear on something. A religion must stand or fall on its own writings and holy books. The fundamentalists haven’t perverted anything. In fact, Osama bin Laden is the best practicing Muslim out there. He is practicing Islam exactly the way that violent nutcase Mohammed wanted it practiced.

It’s the world’s peaceful Muslims, the majority of followers of Islam, who have perverted the faith. They have strayed. If Mohammed came back today you can bet there’d be hell to pay. He’d be lopping off heads left and right. And he’d have a lot of help too because in case you haven’t noticed, the largest killer of Muslims in the world isn’t us filthy infidels, it’s other Muslims. Fundamentalist Islam is booming, if you’ll pardon the pun.” (146f.)

Mr. Thor manages to do more for the long overdue wake-up call to his countless readers in a couple of paragraphs than Mr. Lawson in his weak story. Notice that there is no bashing, there are no derogatory remarks of Muslim-Americans employed by Scot Harvath; Thor simply tells it — the ugly truth — as it is. Unlike Lawson’s “hero”, Harvath does not shy away from using force when necessary to extract information from terrorists in order to save people from becoming the next victims. With all the liberals’ endless — and useless — discussion about whether or not to waterboard et al., Harvath employs whatever means necessary. Terrorists of whatever creed have renounced to their right to treatment under the Geneva convention when they decided to use terror as their modus operandi. Case closed.

Thank you, Mr. Thor, for your clear words. I hope millions of readers will wake up with the help of Scot Harvath, a true American hero, one that most likely is molded after the countless unnamed heroes out there, who are now at the mercy of the current liberal administration.