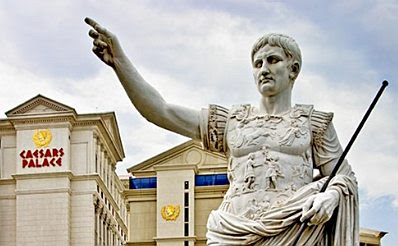 The general election is over. The votes have all been counted. Prime Minister Gordon Brown has smirked off into the sunset, and twelve years of Labour governance in the UK have come to an end. The new “Conservative” prime Minister, David Cameron, has moved into No. 10 and will preside over a coalition with the Liberal Democrats.

Mr. Cameron has promised a “seismic shift” for all those distressed Britons who were so fed up with Labour. How does he plan to deliver on his promise? Well, his first announced proposal is to change the electoral law to mandate a fixed five-year term for the government, to make sure that those annoying voters won’t be disturbing him again any time soon.

As regular readers know, Paul Weston came within a hair’s breadth of winning a parliamentary seat for UKIP in last week’s election. Admittedly, it was a fat hair, but still…

Mr. Weston returns to Gates of Vienna with a few thoughts on what Britain is facing under the benign stewardship of David Cameron.

The Prime Minister Who Isn’t
by Paul Weston

The media frenzy finally comes to a close in election 2010 Britain. We have a new Prime Minister. All hail David Cameron, for he has come to save us!

The only problem here is that Dave is not actually Prime Minister of a sovereign nation; he is the newly elected Chief-Councillor of a European Region called London.

Nevertheless, Britain has many problems awaiting the firm hand of Cameronian Conservatism, none more so than the economy. What pressure can Dave and his new Chancellor George Osborne bring to bear here?

Not very much, would be the opinion of outgoing Chancellor Alistair Darling, whose final act was to pledge £9.6 billion toward propping up the Euro, just a couple of days after stating the following:
– – – – – – – – –
“What we will not do and what we can’t do is provide support for the euro… the responsibility for supporting the euro must be for the eurogroup members”.

Why the change of mind? Because the silly old Darling had not read the small print buried away on page two trillion and six of the Lisbon Treaty, explaining that in exceptional occurrences Britain must simply do as it is told by Brussels.

Whilst you and I may reasonably assume “exceptional occurrence” to mean outbreak of war, eruption of volcano or advent of earthquake, our real rulers in Europe take it to mean just another argument to disprove Einstein’s definition of insanity — doing the same thing over and over and expecting different results — which in this case consists of our Socialist rulers dishing out more money to their dependents than they receive from tax- payers, until their country is all too predictably declared bankrupt. Again.

It would be nice to think it is only in matters of exceptional occurrence where Britain bows before Brussels, but unfortunately this is not the case either.

The financial City of London, which is the only operation standing between Britain’s status as a rich country and its becoming a third world basket case, is already under legislative attack from the EU in a manner described by George Osborne as “immensely damaging, ill conceived and badly drafted.”

And if that is the case now, what of 2011, when the EU proposes to have taken control of the Financial Services Authority and The Bank of England, both earmarked as future non-independent agents of the EU authority whose governing body will be based in Frankfurt?

And the answer, George, is that you can do nothing. Just as Cameron is no longer a Prime Minister, so you are merely a European Regional Chief Accountant rather than Chancellor of a sovereign nation.

As the slow-motion EU coup d’état gathers pace, so the weaknesses of our fraudulent and charlatan leaders will be exposed. Immigration, justice, law, health and the economy are already subservient to Brussels.

How many people are aware that the Queen has authorised the Ministers in charge of England’s nine European Regions? It will come as a surprise to many I am sure, particularly as the one referendum we had on the North East returned a resounding “no” vote.

The referendum of course centred around an elected Regional Assembly, and when the good people of the North East voted no, our immoral EU elites took them at their word, and foisted unelected regional assemblies in all but name on the country, run by relocated civil servants from Whitehall, who the Guardian disingenuously assures us are only moving out of London for economic reasons.

And so the European juggernaut rolls on, crushing all dissent before it as the soap-opera class sit slack-jawed upon their draylon sofas, clad in petroleum-based leisure wear as they worship the omnipresent, flickering neon tube whilst across the tracks the dinner party class shrill and tweet about that nice Nick Clegg’s smile, photo-shopped polar bears, green issues, and the merits of proportional representative voting.

They say people get the government they deserve, and, as a new Iron Curtain slowly descends across Europe, so we get what we deserve in the form of unelected ex-Maoist Jose Manuel Barroso, the real power in all of our lives, who is on the point of achieving what Charlemagne, Napoleon, Hitler and Stalin could only dream of.

27 thoughts on “The Prime Minister Who Isn’t”