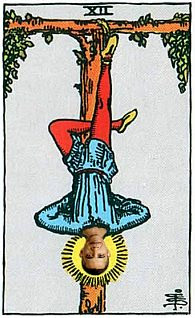 We’re on the mailing lists of several American conservative groups, and every day their emails come rolling in with a steady drumbeat of Obama… Obama… Obama…

There’s nothing wrong with what they send; it’s all fact-based material. But the obsession with Barack Hussein Obama misses the point about what’s wrong with our country.

An anonymous email that has been making the rounds recently hits the nail on the head:

The danger to America is not Barack Obama but a citizenry capable of entrusting a man like him with the presidency. It will be easier to limit and undo the follies of an Obama presidency than to restore the necessary common sense and good judgment to an electorate willing to have such a man for their president. The problem is much deeper and far more serious than Mr. Obama, who is a mere symptom of what ails us. Blaming the prince of the fools should not blind anyone to the vast confederacy of fools that made him their prince. The republic can survive a Barack Obama. It is less likely to survive a multitude of fools such as those who made him their president.

Despite all the cemeteries that were emptied to vote for him, no matter how many ACORN workers were set to work forging absentee ballots, regardless of the legions of homeless people bused to the polling places and paid in wine and cigarettes to pull the lever for Hope and Change — ignoring all the fraud and manipulation, about half the voting populace wanted him to be their president. And, more than a year later, despite all the dire events that have occurred since the inauguration, almost half the country still approves of him.

Obama is not the problem.

To use a term coined by Richard Brookhiser in National Review, Barack Obama represents the “Numinous Negro” to guilty white Americans. He is the righteous savior with the café-au-lait complexion who can raise his well-manicured hand and offer the boon of negro forgiveness to all of us white oppressors. As Shelby Steele says, he promises redemption to white people.

We elected him to purge ourselves of the sin of racism, and if we were to repudiate him now we would be returning to our sinful racist ways. So we will stick with him through thick and thin, though all his megalomaniacal destructiveness, right up until the moment when he extends his arms, pushes the pillars over, and brings the whole temple crashing down on our heads.

There are a lot of reasons why Obama can pull his sleight-of-hand on us with such contemptuous and cavalier ease. Two generations of dumbed-down propaganda in our education system gave him a head start. His success was facilitated by a political culture that detached itself decades ago from any vestige of the Constitution, and which has left our national leaders more than ready to sacrifice the good of the country on the altar of Mammon. An electorate that derives all its political information from network television and the Jon Stewart Show is an easy mark for a huckster with a smooth line, not to mention that longed-for promise of racial redemption.

But the biggest reason for Obama’s success is the dominance of the Left in all of the major national media outlets. With all those Marxists burrowed into every nook and cranny of the broadcast media and cable news networks, with all the major newspapers and the newsmagazines now wholly-owned subsidiaries of the Democratic party, there was no way that Obama could lose.

If there had been any real journalists doing real investigative work, an empty suit like Obama would never have made it through the primaries, much less the general election. But a fully subservient press suppressed the bad news, magnified or created the good news, and made sure that nothing resembling reality was allowed into the story to mar the postmodern “narrative” of Hope and Change.

A couple of weeks ago, in a totally unrelated thread, commenter doom-and-gloom gave this excellent summary of the way the modern mass media operate in today’s West:
– – – – – – – – –

They didn’t actually say [the man who brought a gun to the Obama rally] was a white racist, that’s the sweet trick about it. It’s a method I pointed out in another thread — manipulating information in a way that’ll give the audience the desirable false impression without literally lying. The media treat all the protests against Obama’s policies as “white lunatics fueled by racial hatred”. They had to hide the black guy’s skin color because it would have interfered with the message they wanted their viewers to get. So, they used a black man carrying a gun to “prove” the protesters are dangerous white racists, but they didn’t actually say he was a white racist, so technically they didn’t lie — can you get any more cynical than that?

Not that they are above lies and fabrications. For instance, there was a Dutch TV item about Islamophobia showing a Muslim woman carrying a bag of oranges, then she dropped the bag and no one of the people passing by stopped to help her pick up the oranges. As it happened, there was another TV crew from another channel that just happened to be there doing something else and they caught the entire thing on film. Turns out that people did stop by to help her, but every time someone approached her the TV crew asked them to leave. You see, they wanted to “document” the terrible Islamophobia in the Netherlands and all these nice non-Islamophobic Dutch people wanting to help a Muslim woman were ruining their “evidence”, how annoying of them!

“Fake, but accurate” — remember? The journalists just “know” a priori that there is Islamophobia, so they don’t need to actually check if it exists, they just need to “prove” it to the public. And that’s how it is with every subject they “cover” — they “know” what the “reality” is and they “know” what should be done about it, so they don’t need to actually report the news, they just need to make the audience believe whatever the “reporters” believe is true, create public “opinion” and promote the “reporters”‘ desirable policies, candidates and election results. And they will stop at nothing to get there.

There are lots and lots of examples of various ways of deception — from bias and subtle manipulations to straight lies and fabrications. It seems to be the norm rather than the exception. There are no real reporters. After all the lies I saw I don’t believe anything the media “reports”. In terms of quality and reliability there is no difference between professional journalism and amateur blogs. There are no reliable information sources. All of them — professional and amateur — are about advancing some political agenda.

It’s a terrible thing for democracy when there is no real journalism, when the reporters betray their vocation and their vital role in the democratic order. The more people find out they are lied to, the more they will turn to alternative information sources, but the alternative sources are just as bad. It will all descend into chaos. 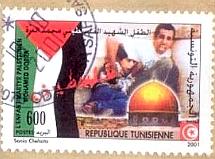 We’re all familiar with the staged news produced by “Pallywood”, the Palestinian propaganda masters who conspire with sympathetic cameramen and reporters for various wire services to produce fake news that implicates Israel. But the entire Western mainstream media are simply Pallywood writ large — much more sophisticated, much more technically accomplished, and much, much better funded.

As for alternative information sources — we’re working on that right here. We’re biased and proud of it, but even so we do our best to get those stubborn facts right. When we goof, our readers point it out promptly, and we have to retract and post a correction. It’s a blog-eat-blog world.

The educational institutions are an entirely different problem. Even if the rot were reversed right now, and all the Marxists forced onto the dole — fat chance! — it would take at least a generation for the pernicious legacy of institutional propaganda to fade out and be replaced with a cohort of truly educated citizens.

I’ve been working for a couple of years on an idea for an alternative to existing educational institutions — call it the “Virtual Open University” — which would be untainted by teachers’ colleges, the NEA, tenure, accreditation, and all the other baneful entrenched practices that have enabled the creation of a nation of sheep.

I’ll have more to say about that topic in a future post.

61 thoughts on “Obama is Not the Problem”