Three Two guesses which is the worse problem.

Paul Belien has a most interesting essay on Europe’s “draconian measures to monitor the internet”. Before your eyes glaze over because that’s-Europe’s-problem-so-why-should-I-worry, read what he has to say. America is also going to be dragged into it, and our elites will hardly be unwilling accomplices. Just another nail in the growing edifice of world governance.

A few years ago, when news of the Lisbon Treaty was coming to light, Fjordman and I exchanged several emails about the contents of this “treaty”. His information was appalling; reading the details for myself was an exercise in despair. It was plain Stalin still lived on and he was having his way, even in eternity.

However, I took hope because I knew the citizens of Europe would never fall for this criminalization of daily life. It turns out I was right, the people didn’t want it. But who was to know there was no way to stop the juggernaut of the European political elites who would simply push rudely past what their citizens wanted. Referenda? They don’t need no stinkin’ referenda. Just buy off the various parliaments.

I have now lived to see the same process happen in my own country. The repeated attempts to ram through several corruption-riddled pieces of legislation which are too big to read, much less comprehend, are nightmares from which there is no exit. We may well get our “health” “reform” whether we want it or not, and whether or not it is healthy or even concerned with reform. Will we have change? Sure. But Obama never promised us change for the better. His change amounts to chains of eternal debt as far as the eye can see.

Which brings me to Mr. Belien’s essay. Many of you may have read it by now but for those who haven’t, it’s full of useful information, not the least of which is the ways in which America will be pulled into enacting these “draconian measures” the EU is cooking up via the statutes of the vile Lisbon Treaty. Those rules will be measured up for us, American-style. Slightly different flavor but just as poisonous.

There is terrorism and there is Islamophobia.

Of these two the latter is apparently the more serious misdemeanor. Europe is introducing draconian measures to monitor the internet for so-called “racism,” but at the same time the European Parliament has decided to deny America access to servers with international banking data that relate to terrorist organizations.

Last January, the French Inter-ministerial Committee on Racism and Anti-Semitism met to discuss measures to ban from the Internet those websites deemed by public moralists to be “racist.” The French government is acting in accordance with resolutions of the European Parliament that urge the member states of the European Union to “combat racism and xenophobia.” The French authorities are currently working on “a plan of action at the national and international levels, mobilizing public authorities, Internet operators and special-interest groups” to combat “the expression of racist commentary on the Internet.”

So what. That’s just France being France, right? Would that it were so. It’s just France, all right, but it’s the Gauls gearing up for the global governance the EU has planned for us all.

…The report notes that “the international dimensions of the Internet and the different laws and cultures on the question of racism are used by some to escape their responsibilities.” Hence, it proposes that the French and American public authorities work out a plan to combat Internet racism. This plan must also “allow for the participation of national and international NGOs involved in the fight against racism on the Internet.” In the fight against “racism,” civil-liberties and privacy concerns are only of secondary importance. 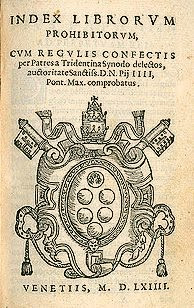 I would have put it more strongly. “Civil liberties and privacy concerns” would be much improved if they were truly of “secondary importance”. I doubt they even register as “concerns” among the political elites. They have nothing to lose from the French Blah Committee on Blah Blah because the behavior of elites is well beyond the purview of these burgeoning bureaucracies. The Eurocrats don’t even have to keep track of their expenses, why would they worry about some low-level, make-work Committee’s ‘findings’?

Ah, but here comes one of the more interesting points in Mr. Belien’s post:

One of these NGOs is the Movement Against Racism and for Friendship among Peoples (French acronym MRAP), that monitors “racism” in France. Last January, the MRAP presented a 154-page report [pdf], listing more than 2,000 URLs (including 1,000 blogs) deemed to be “racist”, “racialist”, “ethno-differentialist”, “extreme-right”, “anti-Semitic,” “Islamophobic,” “homophobic,” “ultra-Zionist,” etc. The website of the American scholar Daniel Pipes is listed on page 129 as a “neoconservative” site which “develops Islamophobic themes.”

Imagine the hours these flunkies spent surfing the internet just to find writings and images they consider offensive. Imagine the time it took to create these categories. Why “ultra-Zionist” when they detest Zionism itself? And is there any category of “right” that is not prefaced with “extreme”? The two words have become synonymous. And do you think they’ve listed the Islamist web sites that have fatwahs and rantings about the evil West? Or is that protected under religious speech?

[Perhaps the trick would be to make a religion of Western Culture. We could be the Culturists (the “Western” part would be known only to inititates), with our own rituals, holy days, and some kind of priesthood or other. We’d create a Sacred Book of Writings, with severe penalties for desecration of an unchanging writ. We could apply for tax-exempt status. Our Sabbath could be, say, Monday. That’s a lost day, anyway. Who’d notice if you didn’t show up for work on Monday? Oh, and we could have martyrs and saints. Lord knows there are plenty of those to go around. We’d have to think of a name for our deity. al-Plat-o, perhaps? And penalties for apostasy. Within six months of establishing our religion and drawing up our Credo, we could have a schism based on some obscure point in our texts. The Culturish Churches could look vaguely like banks (urban churches) or fishing cottages (for the rural groups). But I digress…again. ADD is a terrible thing to waste.]

These gallant Gallic efforts at creating forbidden zones remind me of the old Catholic censorship via The Index. Voyeurs Experienced theologians were assigned to read what the faithful were not permitted to see, just so they could tell them what not to read: The Decline and Fall of the Roman Empire was on that list. So was James Joyce’s Ulysses. If I remember correctly, my mother had the latter in a plain brown wrapper, sneaked into the country when it was still not available here…
– – – – – – – – –
Not that she ever made her way through it, mind you. It was just the fact of Joyce’s Irishness; her patriotic duty to a fellow Irishman, even if he was, in her estimate, “daft”. My, how the setting of the bar for permissibility has changed! Notice, however, that there is indeed still a bar and it’s bigger and uglier than ever.

This MRAP is no less censorious or religiously faithful to its mission of protecting people from the dangers lurking in their own minds. No doubt the Committee will eventually produce a list of acceptable blogs, ones which may apply for their coveted “Nihil Obstat” button to affix to their ‘safe’ postings. Plus ça change; France’s leadership in this censorious effort has layers of irony that only a true student of The Revolution and its bloody battle against clerics could appreciate.

Mr. Belien lays out the case for America’s interest in all this:

While Europe hopes that America will assist it in its crack-down on “racist” websites and blogs, it is less keen to assist America in its battle against terrorism. In this context, civil-liberties and privacy concerns are invoked to deny the U.S. continued access to financial information from SWIFT (the Society for Worldwide Interbank Financial Telecommunication), an international banking consortium, headquartered in Brussels, which processes inter-bank data. SWIFT processes millions of transactions daily between banks and other financial institutions worldwide. It holds the data of some 8,000 banks and operates in 200 countries.

The European Parliament has nixed any cooperation with the US regarding SWIFT data. What’s really mind-blowing, however, is that America had direct access to the data until its servers were moved to Europe at the end of 2009. That really made the headlines here, didn’t it? What one might be inclined to call a real swift move by the Obama administration. That is, if they had a choice.

Please read the rest of Mr. Belien’s essay. He has a link to that pdf listing of blogs for the proposed Index of Baddies. They’re not all French. I clicked on to a few and saw enough to make a multi-culti’s hair curl. Those guys must have hex signs all over their computers to protect them from this scary stuff. Anyway, don’t get lost trawling through the listings. Some of the listing titles are umm…shall we say, whimsical?

We’re a ways off from the final clench of the iron fist. And meanwhile, Russia – and even perhaps China – would be willing to make a few euros hosting blogs that the EUSSR deems too dangerous to live. The morally superior EU has abolished capital punishment except when it comes to ideas it doesn’t like. Blog beheadings may become the new sport.

Don’t kid yourself: this is not just a European problem. America is full of mini-me Euro-type political elites on both sides of the aisle. They’d have no problem with closing down the opposition; they just have to apply a little American ingenuity to the problem, just as they did with those ginormous pieces of legislation. As we’ve seen, their confreres in Europe are getting the censors set up. All those nice new laws that say, in effect, “nice little life you have there. Wouldn’t want anything to happen to it just because you think you can write what you want for public consumption.”

Hey, the Middle East imposes silence and censorship with aplomb; they dare you to make an issue of it. China, despite its size, has been shutting people up by various means for millennia. Russia doesn’t think twice about jail – or worse – for its dissidents even now.

What makes Americans think we have some magic escape clause that lets us get off the merry-go-round? The removal of the SWIFT database servers to Europe is proof there is so much happening behind our backs that the lie about transparency has become so shredded by reality it’s easily seen through. Now it is. Back during the elections, lots of citizens believed that drivel.

Makes you wonder how much longer we’ll be around? I’ll predict that these pernicious ‘freedoms’ of ours will last, oh, all the way through the second half of the next presidential administration.

15 thoughts on ““There is Terrorism and There is Islamophobia””