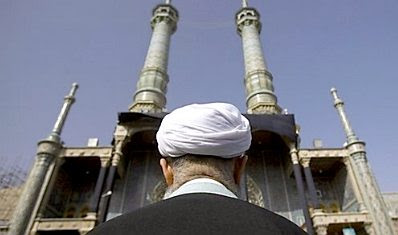 Our Flemish correspondent VH has translated a thought-provoking article from earlier this month on Joost Niemoller’s blog, which tackles some difficult questions about Islam. What criteria would justify the banning of a dangerous “religious” ideology? If those criteria were met, should Islam be banned? If so, how could such a horrendous task be accomplished?

Islam as a threat

The results of the Swiss referendum still echo. Not only there is great international pressure to reverse the minaret-ban, but the Swiss government also wants to do something about referendums. But ho, ho, ho, Martien Pennings says, what were the objections against Islam again?

In the debate about Islam, it strikes me that people whom I regard as very sensible are still unable to absorb certain deep truths. That truth is that

When referring to Popper’s paradox I have often said that there may come a time when the tolerant liberals should switch to banning certain intolerant people because otherwise liberal tolerance as such will not survive. That danger is not imaginary when you see that intolerant people and totalitarian-lovers are working towards the contrary, namely a ban on criticism of the inherently intolerant and inhumane Islam. Recently the Dutch Minister of Internal Affairs Ter Horst (Socialist) stated openly that she is “extremely distressed” because of the ban on minarets, and is pleased that we do not have referendums in the Netherlands, and is pleased that the Swiss government thinks differently from the Swiss people. She is really not the only one, because the totalitarian and Islamophilic left now sees that the people will not allow themselves to be silenced with collaborationist crap about “racism”, and begin to take ever wilder swings about themselves. The trial of Wilders is just the tip of a very large iceberg of submerged left-wing totalitarian potential in the Netherlands, Europe, and America.

In Europe, thoughts blossom that are creating the exact opposite of a ban on Islamofascism, namely Eurabia, where you keep your mouth shut tight and Islam is a wonderful religion-of-peace. I just received a mailing from a seminar that will be held December 19 at the University of Antwerp, address: Grote Kauwenberg 18.

Dr. Quoc Loc Hong will give an opening speech. And now see how the introductory speech is billed:

Dr. Hong will present two papers in which he has drawn on Hans Kelsen’s theory of democracy to argue that contrary to conventional wisdom, there is virtually nothing wrong with the democratic legitimacy of either the European Union or its Court of Justice (ECJ). The legitimacy problems from which the EU in general and the ECJ in particular are alleged to suffer seem to result mainly from our rigid adherence to the outdated conception of democracy as popular self-legislation. Because, so his argument roughly runs, we tend to approach the Union’s political and judicial practice from the perspective of this conception of democracy, we are not able to observe what is blindingly obvious, that is, the viability and persistence of this mega-leviathan and its highest Court. It is therefore imperative that we modernize and adjust our conception of democracy in order to comprehend the new reality to which these bodies have given rise, rather than to introduce “reforms” in a futile attempt to bring this reality into accordance with our ancient preconceptions about what democratic governance should be. Kelsen’s theory of democracy, according to our colleague, is precisely what has enabled us to grasp this insight — an insight that makes possible the construction of a more solid jurisprudential foundation for both the Union and its Court of Justice. [emphasis added]

I know the First Amendment to the American Constitution: “Congress shall make no law respecting an establishment of religion, or prohibiting the free exercise thereof; or abridging the freedom of speech, or of the press; or the right of the people peaceably to assemble, and to petition the Government for a redress of grievances.”

It would take a thesis to discuss the question of what the Founding Fathers of this amendment would think in hindsight of the Jacobin phase of the French Revolution, Napoleon, Bolshevism, Leninism, Stalinism, Hitler, Mussolini and the “development” of Islam. What the son of Founding Father John Adams, namely John Quincy Adams, the sixth president of the U.S., thought of Islam, we also know well, and in 1830 he expressed it in words the Dutch Minister Ter Horst would like to ban today.

In the seventh century of the Christian era, a wandering Arab of the lineage of Hagar (Mohammed), the Egyptian, combining the powers of transcendent genius, with the preternatural energy of a fanatic, and the fraudulent spirit of an impostor, proclaimed himself as a messenger from Heaven, and spread desolation and delusion over an extensive portion of the earth. Adopting from the sublime conception of the Mosaic law, the doctrine of one omnipotent god; he connected indissolubly with it, the audacious falsehood, that he was himself his prophet and apostle. Adopting from the new Revelation of Jesus, the faith and hope of immortal life, and of future retribution, he humbled it to the dust by adapting all the rewards and sanctions of his religion to the gratification of the sexual passion. He poisoned the sources of human felicity at the fountain, by degrading the condition of the female sex, and the allowance of polygamy; and he declared undistinguishing and exterminating war, as a part of his religion, against all the rest of mankind. The essence of this doctrine was violence and lust: to exalt the brutal over the spiritual part of human nature… Between these two religions, thus contrasted in their characters, a war of twelve hundred years has already raged. The war is yet flagrant…While the merciless and dissolute dogmas of the false prophet shall furnish motives to human action, there can never be peace upon the earth, and good will towards men.

I must advocate that we not pretend too indiscriminately, continuously, in formal statements and casual contextual phrases, that it is very common that Islam is religious freedom and freedom of expression. The “anything goes” habit is a relic of a an excessive “revolutionary mentality” from the sixties, and is actually related to its opposite, totalitarian social engineering, which is also from the sixties. Western society is not an empty shell, but a values community, where there is something substantial is at stake, namely the result of a millennia-old tradition of Judeo-Christian origin, out of which the Enlightenment through its brighter side has won the battle for its nuclei — Reason, Humanity, Conscience — over a terrible history. Our Western science is nothing but the secularized form of the Judeo-Christian sense of guilt; that we are fallible, make mistakes, learn from our failures and want to do better. In Islam, this is unthinkable. There the reasoning self is the first great sin against the omnipotence of Allah.

In addition to what-the-Founding-Fathers-were-thinking-of- Islam, there is the following:

In a lecture by Geert Wilders at Columbia University in New York on October 21, 2009, we learn some more about the feelings of at least one Founding Father, Thomas Jefferson. Wilders says:

President Obama celebrates the fact that, when the first Muslim American was elected in Congress, he swore the oath on the same Quran that one of the founders —Thomas Jefferson — had kept in his personal library. It is interesting to know that it was Thomas Jefferson in 1801, who waged a war against the Islamic “Barbary” states in North Africa to stop the plundering of ships and the enslavement of millions of Christians. To the Ambassador of the Islamic nations Thomas Jefferson and John Adams said that the Muslims in the search for justification for the massacre and enslavement of infidels, would have found it in the Koran. Now I ask you, dear friends, mustn’t the reason that Thomas Jefferson kept a copy of the Koran have been not because he admired Islam, but because he wanted to understand the ruthless nature of his enemies?

In the forthcoming book by Frans Groenendijk, Islamophobia, one will find this footnote:

In The Works of Thomas Jefferson, vol. 9 (New York and London: GP Putnam’s Sons, 1904-5), p.358, is an account of a conversation Jefferson had with the ambassador from Tripoli, Abdrahaman. The latter had explained that all Christians are sinners according to the Koran and that it was the right and a duty for Muslims to wage war against them and enslave as many of them as possible.

Furthermore, “Sultan Knish” on its website has philosophizes extensively on legal matters about the question:

Can We Ban Islam? — Legal Guidelines for the Criminalization of Islam in the United States.

11 thoughts on “Islam as a Threat”