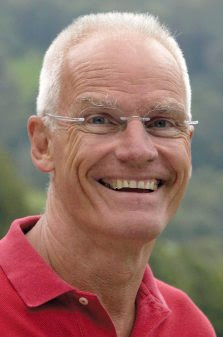 I’ve written several times previously about Ole Nydahl, who is a Buddhist teacher in Denmark.

Buddhism has a reputation among many in the West for pacifism and passivity in the face of violence, but this is not Mr. Nydahl’s approach to Islam. He says, “… I protect Christianity every day, especially because I see a big attack from Islam, a great, great danger from Islam… Nobody has ruined as much for us as the Muslims. They destroyed the Silk Road, they destroyed the whole of northern India, and historically they have cost us millions and millions and millions of people. Simply because they were Buddhists.”

The Danish philosopher Asger Trier Engberg interviewed Mr. Nydahl this past summer at the latter’s residence in northern Copenhagen. Below is an audio recording of their twenty-minute conversation:

Nydahl has done interviews in the past with Danish Radio, and has always — since a long time ago — been very frank and critical about Islam. He knew about Islam long before most of the rest of us did.

As you remember, when he was interviewed for Sappho, he said that he was sad that he was getting too old to bear arms.

A final quote from Mr. Nydahl:

To say it plainly, it’s really embarrassing that people — after 2,000 years of development towards freedom here in Europe — cannot comprehend their potential, don’t trust themselves, or are so badly disabled in childhood that they cast away their free will and enslave themselves under a totalitarian and fascist system. Surely, it’s pure fascism to subordinate oneself to other people in that way — no matter if it’s under a deity dictating what to do, a prophet, Hitler or Stalin. It’s always the same. Whenever you deny people their freedom of choice and self-determination, you reduce them to inferior beings.