In my past writings I have discussed the probes that are continually mounted against infidel governments and societies by Muslims within the West. The types of probes vary, and different types often operate simultaneously in different contexts.

Our regular tipster JP sent me an email today outlining his own take on these matters, and proposing some interesting ideas for Gates of Vienna readers: 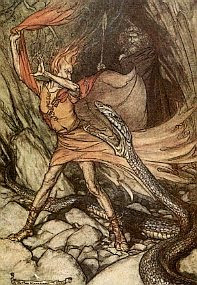 Do you or your blog’s readers think that perhaps shape-shifting jihad or culture-specific jihad is a useful way to approach the modern form of Islamic jihad?

By this I mean that Islam adapts itself to a host culture by adopting those characteristics or cultural specifics that would provide acts of jihad with a form of camouflage.

There is no suggestion here that this occurs in a conscious or planned manner. Rather it just happens for reasons as yet unclear. Where one mode or style of jihad is dominant, other forms are not necessarily excluded.

And so on. Of course, jihad is pretty much pick-’n’-mix depending on what works best, given local conditions.

6 thoughts on “Mohammed as Proteus”