I’m in the process of collating my notes and writing up a report on the International Legal Conference on Freedom of Speech and Religion that I attended earlier this week.

Before we get down to all those nitty-gritty details, I’d like to discuss some meta-issues that arose in the comments thread on the interview with Lord Pearson. Some of the commenters expressed dissatisfaction with Lord Pearson for proposing that gays and feminists needed to be mobilized to support the anti-jihad cause, and for suggesting that a less-than virulent form of Islam — what he called “mild” Muslims — exists.

The cavalier dismissal of the possible participation of gays and feminists in our movement prompted me to say this in the comments:

Actually, there were conservative gay people present at the conference, people who are just as vehemently opposed to Islamization as you and I are. They also have a personal stake in the outcome, much more so than I do. So including them in political coalitions is meaningful and effective. 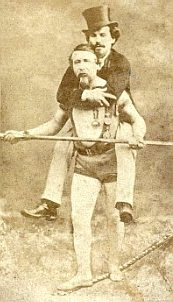 The doctrinaire feminists will never get on board, but there is another kind of feminist — my wife is one — who is glad that women have achieved equal rights with men under the law, and who does not want to see those rights threatened.

Once again, there were any number of women who fit that description at the conference. They, too, have a personal interest in making sure that Islam does not triumph, and their commitment is just as strong as my own.

Part of my job is to work with these various groups and help coordinate common action among them. This isn’t theoretical for me; it’s quite real and practical. It’s also very difficult.

Those who denigrate what Lord Pearson is doing have probably never attempted to walk the same tightrope that he is now on.

Issues like these surface repeatedly in discussions about anti-jihad strategy and tactics. At one extreme are the doctrinal purists, who condemn or hold in contempt those who advocate anything less than deportation of all Muslims, or who want to form alliances that include left-of-center opponents of Islamization. At the other extreme are the squishy politically correct folks who oppose radical Islam, but tie themselves in knots trying to reach out to “moderate” Muslims and avoid anything that might earn them the “racist” soubriquet.

Most of us are somewhere in between. We’re willing to compromise on side issues in order to build a broad Counterjihad coalition, but refuse to budge on our core principles, which — unfortunately for the squishes — are most emphatically politically incorrect.

Some critics are adamant that the current situation vis-à-vis Islam in the West has no political solution, and is doomed to end in violent confrontation, civil war, and mass bloodshed.

One senses an element of schadenfreude in this assessment. After all these years of betrayal and invasion, and in the face of the imminent destruction of Western culture, the desire for catharsis is understandable.

It’s also easier than all the alternatives. Since nothing can be done, just stock up on weapons and ammo and be ready for the moment when things go sideways. Why attempt the hard slog towards a political solution when you know for certain that such a course is futile? Better to wait for the inevitable explosion, and then join the fighting in the streets.

Although I can sympathize with such sentiments, I find myself unable to share the enthusiasm for these chiliastic scenarios. It’s important to remember the hideous reality that would result if such events were ever to unfold: the disappearance of civil society, mounds of rotting corpses in the streets, looting, rape, random murder, famine, epidemics — this is what awaits us if we abandon the search for alternative solutions.

I’m not sanguine about the apocalypse, because my family members and friends would likely be among the corpses. And I’m under no illusions about my own physical prowess or skill with weapons, so I’m certain to be lying out there covered with flies and being pecked by vultures like so many others.

However satisfying it is to contemplate civil war as a solution, the reality of that result is something that very few of us would actually want to face. So I will continue to look for alternative futures. I believe that other solutions are possible, but they will require patience, hard work, flexibility, and compromise.

Unfortunately, they will also include at least some violent confrontations. The Western Disease has progressed to the point that a completely peaceful resolution is no longer available to us. However, we don’t have to opt for the apocalyptic solution, even if it is more satisfactory and requires less effort.

Our current political establishments are not uniform, but every nation in the West is possessed by the politically correct multicultural demon to a greater or lesser degree. The political classes, the academics, the media snoids, the leaders of mainstream religious denominations — all require exorcism.

Virtually all of them would recoil in horror at any solution that might conceivably turn back the tide of Islamization.

Most of them would literally rather die — and see their own civilization destroyed — than be viewed as “racist” or “intolerant”. We are tolerating ourselves to death.

This means that a political solution is not possible within the existing governing structures and under the current paradigm. How, then, do we create a climate in which change might conceivably occur? Yes, revolution would do the job. But how do we overthrow the dominant paradigm and create a new one without mass fratricidal bloodshed?

Obviously there are no easy answers. A political solution will require time and patience, and we have very little of the former, while most people lack the latter.

If there is to be non-revolutionary and (mostly) non-violent change, it must come from incremental grassroots organizing. I know from experience that building a grassroots network is a tedious, thankless, time-consuming, and unromantic operation.

It involves real tolerance, not the PC kind. It demands listening to different points of view, understanding them, and accepting them, even if full agreement can never be reached.

It means keeping the larger goal in mind while consciously avoiding any focus on points of difference.

For example: I believe in God, but many of the people I deal with are atheists. Some of them are of the orthodox variety, which means they proselytize for their faith and are angry at those who don’t share their beliefs. I have to put aside my annoyance and avoid taking offense, because orthodox atheists are an invaluable asset to the Counterjihad.

On the other side are the Christians who oppose any accommodation with homosexuality or abortion. They, too, are bastions against the Islamization of the West.

This approach contains something to offend virtually everyone. Most groups in such a coalition have reason to hate one another. Keeping them together under a single umbrella is a Herculean task, but it is something we must strive for if we intend to win this struggle.

One of the common problems within the Counterjihad is what I call the “we statement”. Here are some examples:

OK, I agree with at least some of these ideas. But to what effect?

Take a look at the political situation in the West right now. The real one, that is, not the one you wish we had.

The leftmost wing of the Democratic Party in the United States holds power, and will control the permanent bureaucracy for the foreseeable future.

Social Democrats are in control of most European countries, and the Center-Right alternative is only microscopically better. With the exception of the Netherlands — which may change drastically after the next elections — there is no hope that things will change within the existing political structure. When the Lisbon Treaty takes hold and codifies the EUSSR, matters will become even worse.

The situation in Canada, Australia, and New Zealand is similar. No matter which party holds power, the general direction of affairs remains the same.

Throughout the West, the political elite have created a system which assures them of continued power, but also completely forbids them to roll back Multiculturalism or do anything to stop the Islamic juggernaut.

We are locked into our present course unless the system itself changes.

And the only way the system will change — assuming we forego the option of bloody revolution — will be through the grassroots. Change cannot and will not come from the top down.

Like it or not, if you want to avoid both sharia and corpse-strewn streets, you will have to undertake the tedious, difficult, and thankless task of building a broad coalition.

Forget what “we” should do. “We” can’t do any of those things.

But there are things that can be done, and I prefer to concentrate on those.

The first thing we must eschew is the pronouncing of anathema against those with whom we disagree. Instead, let’s focus on what we can agree on.

It’s important to remember the core objectives and principles that must not be compromised. They are few and easy to enumerate:

Those are straightforward and easy to understand. Any person or group who adheres to these three objectives should be welcome in a coalition — provided that they are willing to work with different groups with which they may disagree on other issues.

And there’s the rub. What we see to an alarming degree today is that people refuse to work with one another, to the detriment of all who oppose Islamization.

This constant energy-draining intramural fighting will literally be the death of us. When the mujahideen roll up to our doorsteps and put their knives to our necks, at least we can reassure ourselves that we never for an instant wavered from the correct ideology.

We may be dead, but by God, our doctrine remained pure right up until the very end.

Once again, I’ll ask the same question I’ve asked so many times before:

Would you rather be right, or effective?

Lord Pearson wants to have an effect on “mild” Muslims. But you don’t think that mild Muslims exist.

Lord Pearson is staunchly against sharia, vehemently opposes further immigration, and insists that Muslims in the UK must submit to the same rules as native Britons.

Would you rather remain pure, forego an alliance with him, and lose any chance of working with thousands of people who support him and UKIP?

If you encounter groups of homosexuals or feminists who vigorously resist Islamization, would you refuse to have anything to do with them? Why?

It reminds me of the old Kingston Trio song:

The whole world is festering with unhappy souls
The French hate the Germans, the Germans hate the Poles
Italians hate Yugoslavs, South Africans hate the Dutch.
And I don’t like anybody very much

But we can be tranquil and thankful and proud
For man’s been endowed with a mushroom shaped cloud
And we know for certain that some lovely day
Someone will set the spark off, and we will all be blown away

We’re headed for that punch line unless we can figure out how to find common ground with one another and work together.

Building workable coalitions is a hard enough job in itself, but after that comes the really difficult work: designing a plan for effective action.

I want to concentrate on accomplishing Step One so that we can move on to Step Two, which is a long and dangerous task.

45 thoughts on “Walking the Tightrope”