Our Swedish correspondent LN has translated several pieces to compile a report about cultural enrichment at the approaching annual festival in Malmö:

The first piece is from the eminent Swedish blog Every Kinda People on August 8, 2009.

The Islamization of the Malmö Festival — Islamic Fashion Show 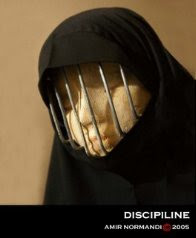 The Malmö Festival celebrates its 25th anniversary in 2009. It is celebrated by moving the festival one step towards Islamization.

It’s notable that her father, Mahmoud Aldebe, made himself notorious back in April 2006 when he, as chairman of the Swedish Muslim Federation, went around with a letter (pdf link to the letter) to the political parties of the Swedish Riksdag [parliament] and demanded that Sharia law be introduced in Sweden.

The description of the Islamic Fashion Show in the program magazine (paper version) is strange, to say the least.:

“The Islamic Fashion Show is a colorful utopia of a society that does not focus on differences,” say Karolina Brock and Iman Al Debe […]

“What distinguishes your initiative from other fashion events?”

“One difference may be that we start with Muslim clothing codes, and then take it a step further by highlighting the creative and playful.”

“A society that does not focus on differences” should not carry out the kind of promotional activities for identity politics that an “Islamic fashion show” certainly is.

But more important is to pay attention to how an attempt is made to try to normalize our relationship with a political uniform with a very strong (negative) symbolic value. 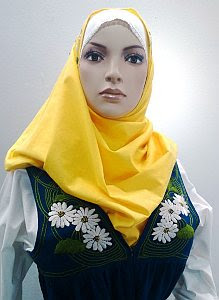 The Design Group Fuldesign [UglyDesign] made a Swedish Costume with hijab that was exhibited in the Designgalleriet February 19 to March 7.

“Congratulations to Sweden — Hurrah, Hurrah, Hurrah. We celebrate [Midsummer?] clothed of course in our Sweden hijab,” the originators exclaimed.

Islamic Fashion Show at the Moresque Palace in the People’s Park of Malmö, according to the Festival’s homepage: 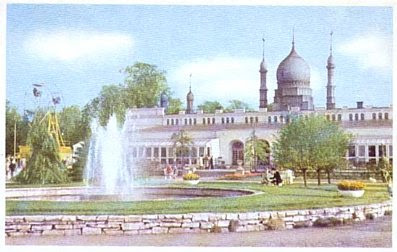 One whole evening in the sign of fashion! Fashion Shows with alternative Muslim fashions, selected local designers, and male fashion.

The Moresque Palace is open all night, so one has only to drop by. Some of the clothes shown are also for sale — including Venezia that sells veils and shawls, and Fine Liner Junkie, Sagen, Diagnosis, and several others that also sell clothes and other things.

This evening’s clothing exchange has the theme VINTAGE / DESIGN and here both girls and boys are welcome to exchange their old clothes for something new. Submissions for the clothing exchange start at the Moresque Palace entrance 16:00-17:30, and the exchanging starts around 18:00. It then goes on throughout the evening with a couple of breaks for kit-sorting. 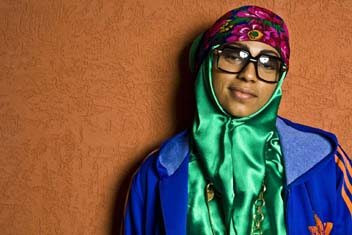 The designer Iman Aldebe and stylist Karolina Brock are inspired by the Muslim style and take it a step further. The clothes are tailored to the Muslim clothing codes: that is hair, neck, calves and wrists are usually covered — while Aldebe and Brock would like to emphasize that these codes are very individual and subject to variation by the wearer of the clothes.

Directed by Malena Sjöstedt from Dance or Die, on show are the modern men’s shifting expressions. It is an urban street fashion with a focus on ethnicity, diversity, durability, unisex, and queer.

5 thoughts on “The Islamization of the Malmö Festival”