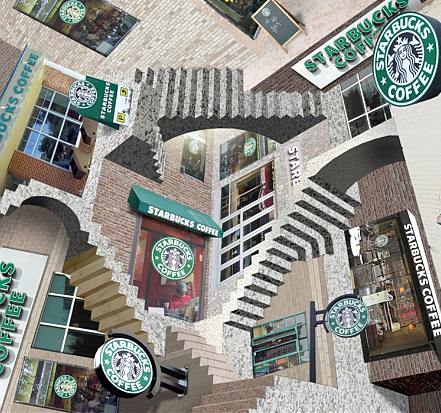 Yep. That coffee shop I find it hard to pass by is actually a sinister plot by the Jews. The mermaid symbol on the Starbucks cup is no mermaid at all. She’s really Queen Esther, from the Hebrew Bible’s Book of Esther.

At least that’s what she is according to the eminently sane Egyptian Cleric Safwat Higazi. He wants all Starbucks shops in Muslim countries closed. Of course, he also has other interesting beliefs:

An Israeli-American organization monitoring Arab media, called MEMRI – or rather, this is its acronym – has accused several prominent Muslim clerics and sheikhs from Arab TV channels, including Dr. Sallah Sultan and Sheikh Safwat Higazi, of incitement to the killing of the Jews and to hatred of the U.S.

“This is a great honor for us. Yes, I am an antisemite. Yes, I hate Zionism. Yes, Judgment Day will not come until we fight the Jews. These are the words of our Prophet, like it or not.”[…]

“Yes, We Hate Them… If Our Rulers Let Us, We Would Catch You in the Street… [And] Devour You With Our Teeth”

“Yes, we are your enemies, and we will continue to be your enemies, until the day Jesus son of Mary descends, fighting you and calling to join Islam, the religion of the Prophet Muhammad.”

I think maybe he’s saying he doesn’t like us. Or is he saying he’s a cannibal and we’re gourmet food? You really have to wipe the spittle off that statement to see it clearly…
– – – – – – – – –
But he’d better keep his mitts offa my Starbucks.

I wonder what this idjit would say if he knew some Christians agreed with him regarding the Starbucks’ logo? Or rather, at least one of the logos. Seems that the Christians didn’t like the bared breasts on the babe and were planning a boycott of some sort.

So it’s not really a Jooish plot, it’s a hedonist plot.

Reminds me of the time my mother brought home a small marble copy of Venus de Milo and put it on the coffee table in the living room. Her closest friend showed up for Sunday dinner a few days later and was aghast. Mother wasn’t going to leave that…that naked woman out in plain sight when Father McCafferty showed up, surely not? Mother attempted to explain Venus de Milo to her friend but no luck. As it turned out, Fr. McCafferty came through the back door; Mother quickly grabbed him while he was still in the kitchen and asked him to explain Venus de M. to her friend. Having been briefed, Father sauntered into the living room, looked around casually, and picked up the statue. Showing it to the friend, he inquired innocently, “So, what do ye think now of this new statue of the Blessed Virgin?”

I hope the Starbucks’ execs have plenty of aspirin to go around.

[That great image was done by Bernie Hou, but I can only find information on him here, where he explains how it came into being]

7 thoughts on “The Islam Scream Team: Starbucks A Jooish PLOT”