From today’s Jyllands-Posten (thanks to Zonka for the cartoon and the translation of the speech balloon): 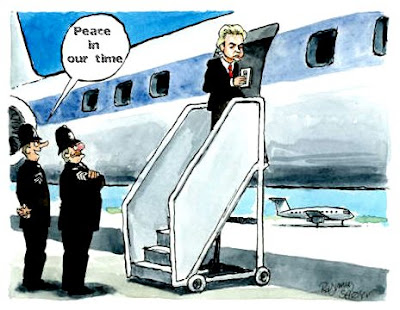 9 thoughts on “Peace in Our Time”