I had the privilege last Saturday of attending a little gathering in Washington D.C. in honor of the Dutch political leader and maker of Fitna, Geert Wilders. Unfortunately, Mr. Wilders was taken ill that evening and was unable to be there, but there were plenty of other guests in attendance. 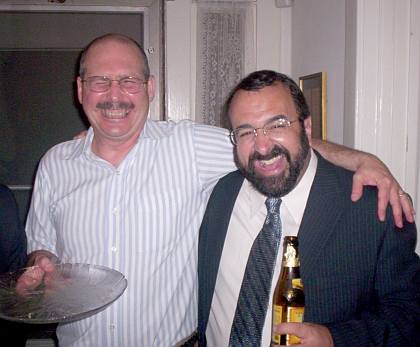 Above are Andy Bostom and Robert Spencer of Jihad Watch. I happened to take the photo at the exact moment that someone made a very funny joke, which served my purposes much better than “cheese”. 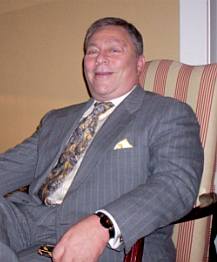 At the right is Tony Blankley, who is a well-known columnist for The Washington Times and Townhall, and who also worked on Capitol Hill for a number of years as a press secretary for Newt Gingrich. I spent some time talking with him and Paul Belien of The Brussels Journal about the political ascendancy of European socialists, particularly in Belgium and the Netherlands. 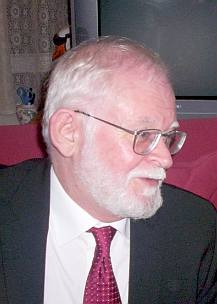 Europe was quite well represented at the party. In addition to Paul, Lars Hedegaard, the chairman and founder of Trykkefrihedsselskabet (the Free Press Society) was in attendance. Most of our readers already know his face, and he has appeared many times here in photos and videos. 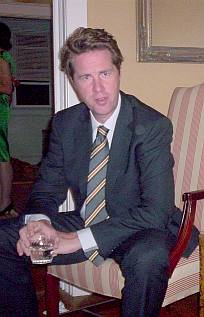 Geert Wilders couldn’t make it, but one of his associates was there. Like Mr. Wilders, Martin Bosma is a member of the Dutch Parliament for the Partij Voor Frijheit (PVV, Party for Freedom). He spent much of the evening discussing the Dutch political situation — especially the issue of Islamization — with both the American and European guests.

Brigitte Gabriel of the American Congress for Truth was one of the honored guests for the occasion. That’s her in the photo below with the ubiquitous Andy Bostom. 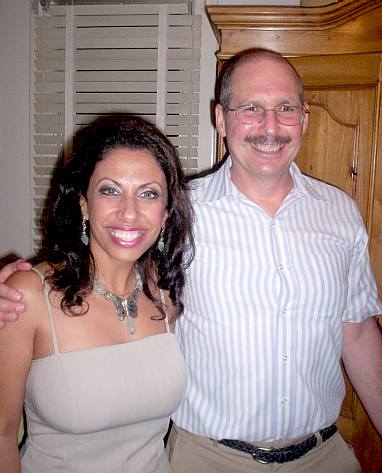 It was an enjoyable and informative evening, and I’m grateful to Diana West for suggesting that I be included.