Afonso Henriques, a reader and frequent commenter here at Gates of Vienna, sent me a wealth of material last month. He included several translations of Portuguese news articles and blog posts, accompanied by his own introductory note.

I procrastinated over the material because so much time-consuming close editing would be required. In the end I decided to post only his introductory note, which concerned a couple of news articles. Here are brief excerpts from them, to give you an idea of what Afonso is referring to:

Lisbon: 11 thousand of the 15 thousand inhabitants of Socorro are immigrants

The “borough” of Socorro, in Mouraria, possesses some 15 thousand inhabitants, 11 thousand of which are already foreigners, the president of the “borough”, Marcelino Figueiredo (from the Social Democrats) has told Lusa.

Two men killed with a knife in Mouraria

A eye witness alerted the PSP (Public Security Police) and identified the suspect.

Two men, of 29 and 34 years old, were killed with a knife late last night, in Mouraria, Lisbon. The victims, who originated from Punjab, an Indian State, had been in Portugal for little longer than one year, and lived in the Terreirinho Street, the same street where their bodies were found on the floor almost lifeless and where the alleged murderer resided.

These were the incidents that prompted Afonso to write me. Here’s what he said (somewhat edited for clarity):

Because Gates of Vienna is mainly an anti-Jihadist blog (though much more than that) I felt that the first text that I send to you should be related to it. And now, I found what I may describe as the first Muslim “cultural enrichment” in our country since the end of the wars between Americans and North African Berbers, when the Moors ceased to attack our Southern costs in search of slaves and concubines. 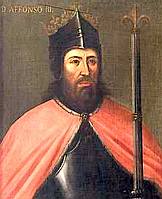 Our “relationship” with Islam started in 711 with the Muslim conquest of the Iberian Peninsula. In 1249, Muslims were disempowered with the conquest of the Algarve by D. Afonso III, King of Portugal and the Algarves (plural, as the Algarve, or Al-Gharb, the West in Arabic, was then composed of seven Moorish kingdoms.). But the Muslims only lost their foothold in the Peninsula in 1492 with the Conquest of the Kingdom of Granada by the Catholic Kings of Spain, namely Isabella II of Castille who commanded the troops that expelled the last Moorish King of the Peninsula, Boabdill.

The Muslim (and Jewish) population, however, were not expelled until 1497. And after that, or better, especially after that, the Moors started to viciously attack our coasts searching for slaves and concubines. In 1415 the counterattack started with the Portuguese conquest of a very important Muslim trade city in Northern Morocco, Ceuta. It was in fact, the beginning of European Colonialism.

After the American war against the Barbary Pirates in the early 1800s and especially, after the subsequent European control of the North African costs, the attacks on our coasts ceased. We can only remember the incident of El Perejil in 2002 (I was in Southern Spain back then!) since that time.

But now it seems that the Moors are attacking again. I will leave you some articles [about conditions and incidents in the borough of Socorro, in Mouraria, as mentioned in the excerpts above] I gathered and translated and you may do whatever you want with them.

Fortunately this incident did not involved directly Portuguese or “Western” peoples but it is nonetheless sad and worrying. It is also very worrying this happened in Portugal and not in the Central African Republic.

I must emphasize that things like this happen, if not every day, certainly every week since multiculturalism arrived in town. Though, usually, it is not that bad, as deaths occur but are not frequent. Also, the perpetrators are rarely Muslims due to their low numbers in the country (around 1%). 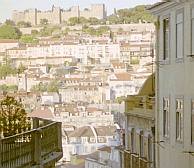 But first I want to talk about Mouraria and Socorro. Those are neighbourhoods of Lisbon. They are situated in the Historical Centre and are becoming more and more degraded. I must add that both neighbourhoods are not merely some two or three hundred years old. Both are millenary neighbourhoods and so you may now understand the cultural importance of both. Socorro is actually just a “borough” of the neighbourhood of Mouraria.

The word Mouraria (Moorish neighbourhood?) derives from Mouro (Moor), and actually, when Lisbon was conquered in 1147 by the first King of Portugal — the man who (re)conquered more land in the Peninsula for the Christians — D. Afonso Henriques, with the help of the European Christian Crusaders (mainly from Britain, Ireland, Normandy and Eastern “Germanic” France) made Mouraria a de facto ghetto, the only safe place in the city where Muslims and Jews could live. This continued until 1497 (with the edicts of expulsion) but most Moors fled Lisbon anyway after the massacres that followed the capitulation of Islamic Lisbon.

Mouraria thus became a poor neighbourhood and, after the Muslims, it was a place in which prostitution and other not-so-recommended practices thrived. Poor people inhabited it and it became a great centre for the National song, Fado, with all its sadness.

Today it is well known for drug traffic, especially the Martim Moniz area. By the way, Martim Moniz was a noble Portuguese who participated in the Conquest of Lisbon and became a hero by giving his life of his own free will, being crushed by the closing doors of the passage to the Muslim castle. That place received his name for his bravery. Today it is a paradise for drug dealers and pimps of Brazilian prostitutes.

It would have been impossible to conquer Lisbon if it weren’t for Martim Moniz’s bravery.

12 thoughts on “The Expulsion of the Moors from Portugal”