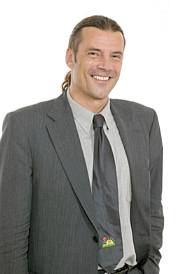 Here is a part of the report on her dialogue with Oskar Freysinger. Especially notable are his views on the far-reaching implications of the Swiss People’s Party’s decision to go for a national referendum on the question of minarets atop the mosques in Switzerland.

Now engaged in probably its greatest battle yet, the Swiss People’s Party has just amassed more than the requisite 100,000 signatures on a petition to trigger a national referendum, in this controversial case, on whether Switzerland should ban minarets, the towers that often soar high enough over mosques to transform the skyline of any cathedral town in Europe. Out of 90 mosques in Switzerland, only two have minarets. Three more are now in political limbo.

Discussing the “long progression” of Islam–now 4.3 percent of Switzerland’s mainly Christian population of 7.5 million–into Swiss life, he explains that what concerns him is “not the [Islamic] religion, but the law,” meaning Islamic law, or sharia. And while there is religious freedom in Switzerland for new mosques, this same freedom does not extend to minarets, which he sees as political more than religious symbols. “Minarets are not necessary for the practice” of Islam, he explains.

Indeed, historically, the minaret has often served as a sign of Islamic political power. In our own era, it may be seen to symbolize the introduction of Islamic law into formerly non-Islamic societies.

Minarets aren’t obligatory in Islam, but they are absolutely required in order to make local inroads into community cultural awareness. If you have an electronic recording blaring out into the local landscape (breaking the usual municipal regulations regarding noise abatement) it is much more difficult to get these things removed than it is to prevent them in the first place. And if you have a ‘silent’ minaret, merely a symbol towering over the adjacent skyline, you have still achieved the political purpose minaret-builders have in mind.

Of course the minaret is not necessary. Wahhabi mosques don’t have minarets at all, and disapprove of them. It cannot be argued that Muslims need to have minarets from which a non-existent muezzin will utter the Call To Prayer (which is not permitted because of sound zoning laws), or that they need them even where a Call To Prayer is allowed, since if it is played and then amplified electronically, there is no conceivable need for height.

Are there any devices that tell the time in Switzerland? Yes, there are. Do Muslims all over the world now have access to clocks, and watches? Yes, they do. Do they possess, on their calendars, in their fancy agenda books (oh, those rich Arabs, with their briefcases and their agenda books, and their Rolex watches, and their everything, all of it so completely, grotesquely, underearned, unmerited), or even homelier models for the just-us-folks Muslims, telling them the exact time of each of the five canonical prayers, in the tiniest town or village anywhere in the world? Of course they do.

Mr. Fitzgerald uses as his source a news report from the UK Guardian. The headline chosen by the Grauniad for their story is telling:

So tell me: since when is collecting one hundred thousand signatures for a referendum “forcing” a vote? Did menacing members of the Swiss People’s Party arrive at citizens’ doorsteps with clipboards, signature pages, pens, and nine millimeter enforcers? “Sign here, please, and no one will get hurt?”

Gateway Pundit wrote about this phenomenon making its appearance in St. Louis back in February. He says that when he put up the images he got hammered by the local paper for being so “Islamophobic.”

It goes without saying that had the local Baptists erected a similarly out-sized cross, the paper would have gone after them, not the person reporting on the event. But in the minds of the MSM, Baptists are fundies, not victims. Christers want to take over; Muslims just want to make peace, as their history so amply demonstrates. That the peace imposed by the Ummah is conversion or the peace of the grave is not something we are permitted to discuss without being labelled extremists. Oh well, have at it. I’m proud to be an extremist.

And here is the story of mosque/pig farm brouhaha in Katy, Texas. Note that the pig farm was there first. Note also that the American land owner acted in typical Texas fashion when pushed by the mosque builders to move. Why in the world would they choose to locate a mosque next to a pig farm…unless perhaps they thought they could force the pig owner out? Just wondering.

Then there is the wonderful image from the blog, America’s Last Stand. This photo, with its minarets on either side is most imposing. And that is its point: to impose. To impose its laws, beliefs, and culture on everyone else, willing or not.

I’ll close with another snip from Diana West and Oskar Freysinger:

“In that case,” Freysinger continued, “we said: OK. We’ll attack the symbol. It’s always about symbols because symbols have a big truth behind them. And so we attack this symbol of conquering Islam and we say: You are welcome in our country, but there is one law, and one constitution for every person in this country. And there is no special law for an Islamic girl, or an Islamic man. There is no sharia. Nothing.”

Given the premodern inequities of sharia, the notion of one enlightened law and constitution for all should be a simple, desirable state of Western affairs. But no. As the West tilts Islamic to accommodate aspects of sharia ranging from diet to sexual segregation to polygamous marriage to sharia banking to censorship regarding Islam itself, Oskar Freysinger’s point of view becomes, to appeasers, an increasingly controversial and dangerous one, reliably eliciting catcalls and worse from world media and political establishments. In their postmodern parlance, to be opposed to the totalitarian tenets of sharia is be an “extremist.” My only question is, How do you say, Ich bin ein extremist?

Ms. West also questions him regarding his views on Israel. I recommend reading what he has to say.

16 thoughts on “When It Comes to Towering Minarets, “Ich bin ein extremist”…”