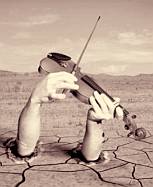 I don’t know if this really will become a daily feature here, but there certainly is enough material for it. Insane news stories from Sweden are coming thick and fast and are almost impossible to track.

Both of these articles are from the Local, and were sent by Fjordman.

Only one woman in a lesbian couple has the right to insemination according to Uppsala health authority. Discrimination — argues the Ombudsman against Discrimination on grounds of Sexual Orientation (HomO).

After three attempts to get pregnant by insemination one woman in the lesbian couple became ineligible for further attempts as she had passed the maximum age stipulated by Uppsala health authority. Her younger partner then decided that she would try to become pregnant in her place — but was refused by Uppsala University Hospital.

“As we see it we have treated them as a couple. Should you have double the number of opportunities to get pregnant just because you are a lesbian couple?”, said Ulf Hansson, senior physician at the hospital.

The couple reported the incident to HomO which is now demanding 200,000 kronor ($33,156) in compensation from Uppsala county health authority.

A male guard must always be in attendance when prisoners are exercising in the yard. This new rule has upset guards at Norrköping remand prison who have reported the case to the Equal Opportunities Ombudsman (Jämställdhetsombudmand — Jämo).

The regulation was part of a new action programme on how security at the remand prison would be maintained over the holiday period. When presented to staff, 12 guards, including four men, became so angry that they filed a complaint with the ombudsman alleging discrimination.

“We have not received a serious answer for why a male guard has to be in attendance in the exercise yard. Are they stronger? More intelligent and better talkers?” said one of the guards behind the complaint to local newspaper Norrköpings Tidning.

When the group of disgruntled prison guards tried to forward their complaint to authorities at the prison they were dismissed with the words, “we have no intention of having some feminist discussion here,” according to Norrköpings Tidning.

The union Seko is critical of the prisons service (Kriminalvården).

“It is not at all acceptable. All employees should be treated equally,” said Roal Nilsson of Seko to the newspaper.

Lars-Göran Svensson, acting regional director within the prisons service, does not see the problem with the regulation and denies that the intention has been to discriminate.

“If someone has interpreted this as discriminatory then they can report the issue. If it turns out to be discrimination then we will have to adapt to that,” he said.

Yes, we will have to adapt. No matter what bizarre, outlandish, and lunatic mandates emerge from the PC Multicultural machinery, we must adapt to them.