Looking at the site meter (a good way to discover new blogs), I couldn’t figure out why we had so many links to GoV from Jihad/Dhimmi Watch so I opened one to find out.

I should have guessed.

As an LGFer once intoned whilst squatting in our comments, “Wow. Just wow.” — thereby giving me the gift of my new favorite banality, surpassing even “awesome, dude.”

However, this time the stunned feeling is genuine. Fjordman has written one of his best essays to date, and it’s up at Dhimmi Watch — “Fjordman: Socratic Dialogue vs. Islamic Dialogue.”

“Dialogue” explains for me what I knew but didn’t have the reading background to articulate — i.e., that the Islamic approach to history is both a strength and a fundamental weakness. There is greedy consumption in which Islam consumes history and then preserves it without ever reviewing it or going back to the sources it used so as to re-examine old theories based on new information. “Knowledge” becomes sacerdotal and enshrined in amber.

This is one of the reasons that Islam can’t create. Its tenets forbid returning to the place where a theory originated in order to reframe a new hypothesis based on further information acquired in the interim. Even worse, Islam destroyed the original documents once it had digested from them whatever was immdiately useful:
– – – – – – – – –

“(The Muslims) desired to learn the sciences of the (foreign) nations. They made them their own through translations. They pressed them into the mold of their own views. They peeled off these strange tongues [and made them pass] into their [own] idiom, and surpassed the achievements of (the non-Arabs) in them. The manuscripts in the non-Arabic languages were forgotten, abandoned, and scattered. All the sciences came to exist in Arabic. The systematic works on them were written in (Arabic) writing. Thus, students of the sciences needed a knowledge of the meaning of (Arabic) words and (Arabic) writing. They could dispense with all other languages, because they had been wiped out and there was no longer any interest in them.” 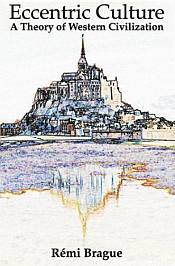 As Brague says, the consequence of this disappearance of the original texts and the neglect of the original languages was that the Muslim world has not been able to return to what it translated and deepen their examination. “In doing this, the Islamized world made the phenomena of ‘renaissances’ impossible — that is, of a return to the original texts against the traditions that claimed to follow them.” In European history, “one witnesses a constant effort to go back up toward the classical sources. One can thus describe the intellectual history of Europe as an almost uninterrupted train of renaissances.”

I beseech you to go read the whole thing. How Fjordman remains dispassionate and yet engaged with his subject continues to amaze me. A guess: he is, at heart, a scientist dressed up in other intellectual clothing. He has given up the test tube for the pen, and we are the richer for it. On the other hand, maybe he’s a polymath.

If you do nothing else today, go read this gem…and then re-read it.

By the way, he is quoting Rémi Brague here, from Eccentric Culture: A Theory of Western Civilization. Fortunately, it’s available in English. Any amateur historian should put it on his “must have” list.

4 thoughts on “Okay, Okay, So I Lied. Blame Fjordman.”