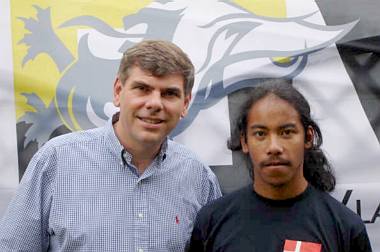 There would be many more, if…the Belgian media, political parties and unions had not been unleashing a tidal wave, for thirty years now, of the most vile disinformation regarding my party. The real reasons the VB is so hated is NOT because it would be racist, but firstly, because it is unashamedly CONSERVATIVE in a political environment where even the Right – or what passes for it – is leftist to a considerable degree.

Secondly, and this is especially indigestible for the Belgian establishment, because it strives for Flemish Independence (note that I am not in favor of that, but that is another question).

Thirdly, Outlaw Mike notes, using a photo from 2001 as documentation, that VB supported Bush from the git-go.

6 thoughts on “From the Files of Downeastblog”