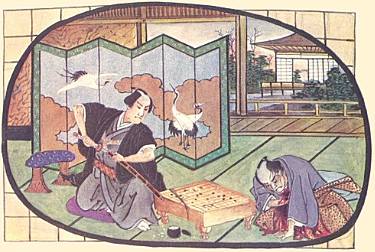 In a post last week I wrote about game theory, the Prisoner’s Dilemma, and evolutionarily stable strategies as they apply to the struggle against Islamic expansionism. Readers’ remarks in the comment thread that followed were varied and informative.

In two general areas, however, the commenters veered away from my original intentions:

So, once again, I’d like to look at the information war as a process, and on what we — that is, ordinary people whose will is being thwarted by our elected leaders — can actually do.

There are many analogies we can use to help us understand the nature of the information war we’re in. Game theory, network analysis, set topologies, systems analysis — a variety of theoretical disciplines could be used to further our understanding.

And every single one of them would lead us inexorably to the same conclusion: we’re losing the information war, and losing it badly.

It’s been twenty-eight years since the Iranian hostage crisis, fourteen years since the first WTC bombing, and six years since 9-11, and we’re only just beginning to get a handle on the nature of the information war. And when I say “we”, I mean “you and I”, not our elected officials or their appointed bureaucrats — I have no idea whether they have a clue about this war or not.

I keep coming back to this topic for two reasons.

The first reason is that the information war is the only part of the Counterjihad in which I can play any role. Military affairs, modern weaponry, intelligence operations, etc., are topics of great interest to me, but ones in which I have no expertise. My age and experience can afford me only the role of armchair warrior.

Fortunately, the pure information war — the creation and dissemination of news, propaganda, and disinformation — is something that anybody with a general education and a good internet connection can do.

The second reason is that our military supremacy avails us nothing during the current conflict. Iran is about to obtain nuclear weapons, and in all likelihood will use them to hasten the onset of the eschaton, and yet none of our hardware and weapons and soldiers and stealth aircraft can do anything about it.

We are losing this war because our elected leaders suffer from a failure of political will. The absence of political will can be attributed in part to a lack of charismatic leadership — there is no Winston Churchill on today’s horizon — but this is not the entire explanation.
– – – – – – – – –
Political will trickles up to our leaders from the electorate, from the people themselves. Since popular opinion seems to favor strong action against the Islamization of our nations, one can only assume that there is a flaw in the process by which the will of the people informs our current and potential leaders.

Those who wield power in our name do not discover the will of the electorate through direct neural connections. The process must be mediated, and the nature of such mediation has changed over the last century. Before the era of instantaneous mass communication, popular sentiment had to find its way from the ordinary citizen through local councils, professional organizations, business leaders, and all the other components of civil society, before it reached the decision-makers. This is the way the backroom deals characterized as “sausage-making” by Bismarck came into being.

The reflection of the popular will in the old system was imperfect at best, but it could hardly have been worse than the monstrosity that operates nowadays. All of the venerable pathways from the commons to the elite have fallen out of use, and have been replaced by the mass media and opinion polls. The entire ecology of civil society is irrelevant to the media-driven political behemoth of the 21st century.

We can lament the passing of the old ways, but they are not coming back, and it’s time that we learned to play the game by the new rules.

Twenty years ago I would not have had the option to participate in the information war. I would have had to fulminate from the sidelines, driving up my blood pressure by making futile gestures like writing letters to the editor and standing across the street from the White House with a protest sign.

But the advent of the internet has changed all that, and now anyone who cares to be an information warrior can enlist in the fight. Each of us has only a microscopic part to play, but all those parts aggregate into something significant.

Our major disadvantage is that we keyboard warriors are only just beginning to look at what we can do, much less settle on a coherent strategy. In contrast, the enemy has been devoting considerable time and intelligence to gaming our mass communication systems for at least the last fifteen years. While we waste our time in arguments and factional infighting, Islamic zealots remain in remarkable concordance — even across the Sunni-Shiite divide — and play our media like a fiddle.

We’ll have to run hard to catch up, and we need to overcome our natural fractiousness and learn to work together to have any hope of beating Islam at the information game. 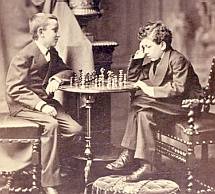 Military planners war-game different scenarios when they prepare for the various contingencies that a conventional conflict might entail. I propose to do the same for the information war.

Over the next few months I’ll be doing a series of posts on the topic, and invite readers to participate via comments or email. I anticipate that the discussion that results from each post will help precipitate the next one — that is, the outcome of each move in the war-game will dictate the layout of the board for the next one.

The strategic goal of our game will be to effect political change so that our culture will actually be defended by its leadership class — what a radical thought! — but that goal is a long way away. For the time being we cannot hope to have a significant political effect, because the existing system is massively entrenched and will defend itself viciously at our expense even as the Sultan’s sappers mine the walls and batter down the gates of Vienna.

All our action will begin locally. None of us will have an effect on the grand sweep of events.

We might begin by protesting the Islamization of the curriculum in our children’s schools, or by attending public meetings to object vigorously to the separation of the sexes in municipal swimming pools.

We can lobby in favor of local ordinances prohibiting the wearing of the burqa on public transportation.

We can join a citizen’s volunteer group that monitors our local section of the border against the incursion of illegal immigrants.

We can also consider counter-intelligence operations. The Islamists use our media with impressive effectiveness; is it possible that we could use theirs? The planting of disinformation on Al Jazeera would be no small feat, and is something that the dedicated long-term information warrior would do well to consider.

Collectively we have massive advantages, much more than the enemy does. Language skills, technical and historical knowledge, a broad education — these are resources we amateurs have barely begun to tap.

But I ask you once again to obey the single ground rule of this war-gaming:

All suggestions for information-war strategy must assume that our existing political systems will be of no help to us whatsoever.

This rules out foreign policy prescriptions, military strategy, immigration policy, etc. Those are not within our arsenal of weapons, and we can’t war-game with them.

All we have at our disposal are a few thousand people like you and me scattered throughout the West. Our only armaments are computers, internet connections, telephones, video cameras, and shoe leather. We have nothing else to fight with.

37 thoughts on “War-Gaming in Cyberspace”