Pamela has gone MSM! An editorial under her byline is posted today at Israel National News: 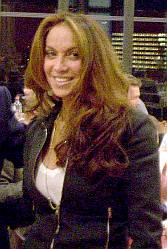 Last week, a line was crossed. A terrible line was crossed at Annapolis. With the world looking on, the President of the United States sponsored Judeophobia. Jew-hatred was okay, understandable even.

Under the auspices of a global “peace” conference, the White House sanctioned Jew-hatred. The Jew is contemptible, inferior, ignorant, politically and socially disenfranchised: separate entrance ways, service entrances for the Jews, refusal to touch or shake hands with a Jew, refusal of audience members to wear the translation earphones when Ehud Olmert spoke.

Submitting to Saudi demands, the Americans prohibited Israeli representatives from entering the hall through the same door as the Arabs. Vile — all of it; sanctioned and institutionalized by the President of the United States. I thought George Bush was a Christian, a man of faith. Shocking. He has squandered his second term and has not acted in good faith. We did not elect him to carry Condi’s water.

A line in the sand was crossed last week. And anyone who claims that Annapolis was a big yawn and that nothing would come of it is living in the land of unicorns and moonbeams. The Jew as dhimmi was made official and the world was there to bear witness. Moreover, Israel laid down. Sheba Farms, Golan, Jerusalem — all were thrown on the table like so many marbles.

Bat Ye’or was dead right in her reply when I asked her what had become of the people of Israel: “Israel is unworthy of her ancestors.”

9 thoughts on “The Official Dhimmi in Annapolis”