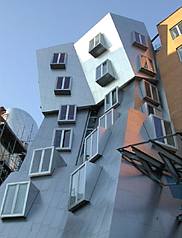 Wretchard had a post up yesterday titled “Hope Springs Internal.”

He reminded us that the outcome of inviting Ahmadinejad to Columbia University was touted as our chance to show off. Wretchard said:

Remember how inviting Ahmadinejad to Columbia University was supposed to impress the Iranian president with the power of American freedom and the courage of American academia? Well according to Islamic Republic News Agency (IRNA), Ahmadinejad has just called the US a “dictatorship” whose citizens are not allowed to know the facts and described the Columbia invitation as a “Zionist plot”.

As I read that post at Belmont Club, I had a moment of enlightenment. Here it is, more or less as I put it in a comment below Wretchard’s post:
– – – – – – – – –
“Well, the cat’s out of the bag. Now that the nut job has been over here to see for himself, he actually knows how trammeled and victimized we poor Americans are.

Maybe he will come back and rescue us.

Maybe the 12th imam will turn out to be Rage Boy, who is really the Missing Link. Yeah, that’s it: Rage Boy will save us from Bushitler and places like Columbia University, where the students are tied to their chairs and beaten with canes.

I guess he saw how the police force our women to walk around in skimpy clothing. Anyone under the age of sixty has to wear six inch skirts and three inch heels or risk stoning.

I knew we never should have let him in.

What a big mouth.”

This could be a real problem. What if we let other world leaders in and they turn out to be as perspicacious as the beloved Iranian leader?

What if they saw through the Potemkin villages we have set up with all those cardboard Mac Mansions that keep falling over in even the slightest breeze?

What if they found out that our “obesity” is really caused by bicycle pumps applied forcefully to various orifices so no one outside our gulag would know we were really starving?

What if they discovered the Joos are running everything? What if they saw the puppet strings attached to our arms? Heaven forfend!

What if they went into the supermarkets and poked the vegetables and discovered they were merely plastic displays? The little jets of water spray make them more life-like though, don’t you think?

Okay, y’all. No more smart people get invited to the party. Let’s stick to safe ones, and keep the sharp-eyed leaders like Ahmadinejad banned. I tell you, it’s the only way to save our killer image, our imperial pretensions, our glorious façade.

Let’s do it for Old Glory. No lie is too extreme to keep the illusions of our wealth and grandeur from shattering on the rocks of harsh reality.

And that foreign aid largesse we dole out like Lady Bountiful? Heck, that’s been Monopoly money for years – one of Alan Greenspan’s genius ideas, ya know. Remember, he said nobody would look real close anyway. Personally, I think pink dollar bills are a mite suspicious but who am I, a mere mortal, to question God Greenspan?

All right… time to man the bicycle pumps. Some of you are looking a tad skinny.

2 thoughts on “Our Potemkin Villages Are Falling Over”