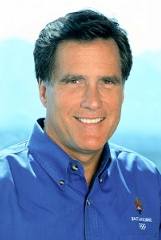 Former Governor Mitt Romney laid it on the line today: the UN should withdraw its invitation to Iran’s insane leader to speechify to the folks at Turtle Bay or…the US should consider withdrawing its support of the UN.

You can find his letter [pdf] to the UN Secretary General here.

Yahoo has excerpted the juicy parts:

“I call on the United Nations to revoke any invitation to President Ahmadinejad to address the General Assembly,” Romney wrote in a letter to Ban.

“If President Ahmadinejad sets foot in the United States, he should be handed an indictment under the Genocide Convention,” Romney wrote.

“The United States and the world must take a strong stand against the terrorist Iranian regime and the time for action is now.”

If the United Nations fails to act on the threat from Iran, Romney said “the United States must reconsider its level of support and funding for the United Nations as we look to rebuild and revitalize effective international partnerships to meet 21st century threats.”

At the annual political conference in Herzliya, Israel this year, he described Tehran as the heart of the global “Jihadist threat” and represented the greatest challenge to the world “since the fall of the Soviet Union, and before that, Nazi Germany.”

Be still, my heart! A plain-speaking politician.

Now, let’s see if Romney has any plans for John Bolton. They certainly talk the same language.

As of today, Romney just won my vote.

Hat tip: Larwyn
(Thanks to Paul for reminding me that the UN is *not* on Long Island)