A reader sent me a link to this article from Helsingin Sanomat, but did not include a translation from the Finnish. I asked KGS of Tundra Tabloids to translate it for us, and here’s the result — it’s about the formation of the first Islamic party in Finland: 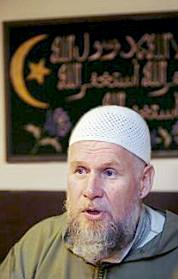 “That Muslim children wouldn’t have to attend music classes or trips to the swimming hall, which according to Tammi, go against Islam. In addition, the Islamic party wants halal (ritual animal killing) and male circumcision to be given legal status. Tammi was asked if the party wants in the long run, sharia law (Islamic law) in Finland.”

“That would be great”, said Tammi. He observed that the law’s purpose was to prevent crime” According to Tammi, the party isn’t seeking powers of position. Also the group isn’t connected to any international Muslim organizations, but being the product of Finnish needs.

In the press meeting, the party members were Finnish-born, but the supporter group intends to enlist all ethnic groups.”

KGS has more comprehensive information on the topic at Tundra Tabloids:

It begins with this. “Last Saturday’s meeting established the Finnish Islamic Party, which intends to gather 5000 signatures for their registration by the end of the year. The party already intends to place candidates in next years municipal elections around the capital.”

If there was ever a wake up call for all the Finnish fence sitting Left, it’s this.

“The intention is also to participate in the 2011 parliament elections, says party spokesman, Abdullah Tammi. Party members are only a few dozen. The party platform includes the eliminating of alcohol from stores, the freeing of Muslims from school curriculums that contradicts Islam.”

Go over to Tundra Tabloids and read the whole thing.

I am reminded of a recent story of Muslims actively proselytizing in the streets of Helsinki, and recognized a familiar name Abdullah Tammi, from the Islam Aika Society. IMHO, it’s only a matter of time before the Leftists join hands with this group to help them get into parliament, all in the name of multiculturalism.

He’s right, and it’s something that’s already started across the entire West. It’s the Unholy Alliance, the Demonic Convergence, the tactical co-operation between the Left and the Islamists. We’ve already seen that Antifa and similar organizations routinely demonstrate in support of any Muslim group, no matter how extreme or violent.

Each side presumably thinks that once the decadent capitalist hegemony in the West has been overthrown, it will have no trouble subduing its erstwhile allies.

So who will win? 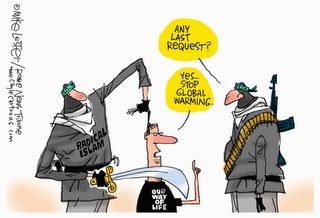