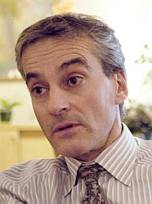 Norwegian Foreign Minister Jonas Gahr Støre recently participated in a conference with editors and journalists from all over the world on how to “report diversity” in a non-offensive manner, with Arab News from Saudi Arabia as one of the moderators. The Cartoon Jihad the year before had prompted Indonesia and Norway to join forces and promote a Global Inter-Media Dialogue. In June 2007 this was held in Oslo.

Agnes Callamard from free speech NGO Article 19 voiced her concern that it could prove difficult to implement the ideal of equal representation and visibility of all groups in society if we do not control what is presented in the media. Diversity — ethnic, cultural and religious — has to permeate the media if we are to succeed in promoting the Multicultural society. Article 19 is supposedly a human rights organization with a specific focus on the defense of freedom of expression. Callamard, its Executive Director, has according to their website “evolved a distinguished career in human rights and humanitarian work,” formerly worked for fellow “human rights” NGO Amnesty International, has been published widely in the field of human rights and holds a Ph.D. in Political Science.

Keynote speaker at the conference, Dr. Doudou Diène, the United Nations Special Rapporteur on contemporary forms of racism, racial discrimination, xenophobia and intolerance, urged the media to actively participate in the creation of a Multicultural society, and expressed concerns that the democratic process could lead to immigration-restrictive parties gaining influence, and claimed that this has already happened in Switzerland and Denmark. Diène said that it is a dangerous development when increasing numbers of intellectuals in the West now believe that some cultures are better than others.

According to the journalist Jens Tomas Anfindsen, this is yet another sign that Europe is moving in the direction of totalitarianism. When the facts on the ground can no longer frankly and honestly be reported by the media, one is basically left with two options: Do something with the undesirable facts, or pretend reality is different from what it is. The first option is necessary in order to preserve freedom. The second option is the road to dictatorship and totalitarian rule. Anfindsen thinks “there are already clear signs that large portions of mainstream media in Norway have been working according to UN instructions” long before his conference. In Britain, leading figures of the BBC have proudly announced that they actively promote Multiculturalism. They don’t even need the UN to tell them that.

Also in 2007, Minister of Justice Knut Storberget said that the Norwegian Constitution Day, May 17th, is for “everybody,” and that it’s appropriate to demonstrate this by displaying a multitude of flags and cultures. It is now permitted to celebrate it by waving the flag of the United Nations, and there are calls for translating the Norwegian national anthem into Urdu, just as there have been calls for translating the German national anthem to Turkish. Norwegians are supposed to celebrate their independence by singing their national anthem in Urdu, by wearing the national costume of Ghana and by waving the flag of the UN, an organization that is actively trying to curtail their freedoms and subvert their independence. This would be the equivalent of Americans celebrating the Fourth of July by waving the UN flag and by singing the Star-Spangled Banner in Arabic.
– – – – – – – – – –

Nikita Khrushchev, leader of the Soviet Union after Stalin, said to a Western audience that “We will bury you!” He was an honest enemy. But school curricula can sometimes destroy a nation more efficiently than tanks, just as an enemy that does not openly state his end goals can sometimes be more dangerous than an honest enemy because it is more difficult to mobilize against him. The next Communism will not come from an open enemy armed with nuclear intercontinental missiles, it will come from a multitude of groups and ideas that may appear less threatening, but put together their impact could be disastrous. Multiculturalism, transnational progressivism, unlimited mass migration, NGOs, the UN, international law and anti-Western school curricula combined could create a situation where Western nations are no longer allowed to define their own laws, keep their cultures or defend their own countries. This threat comes from people who do not say “We will bury you,” they hide behind kind words about diversity and tolerance.

Marxists have been regrouping since their previous efforts failed, just as Muslims have been exploiting our inattention and complacency after the Cold War to infiltrate our society. I know Churchill viewed WW2 as a continuation of WW1. It is now less than a generation since the downfall of Communism in the East, yet another totalitarian ideology based on propaganda and media censorship is now raising its ugly head in the West. Is this just a coincidence, or is it possible that future generations will deem these two struggles to be somehow related? Did the downfall of the Soviet Union led to Communism being abandoned, or did it mutate into new forms? If so, will the downfall of the European Union, the EUSSR, lead to the collapse of Multiculturalism, or will the totalitarian ideology mutate once more?

If we assume that this emerging ideology of transnational Multiculturalism is a totalitarian ideology, we should remember that most totalitarian ideologies have a Villain Class, a group of evil oppressors that can be blamed for all the ills of society. If the ruling ideology falls somewhat short of producing the Perfect Society it has promised, this will be followed by even more passionate attacks on the Villain Class, be that the Jews, the capitalists, the bourgeoisie, etc. The Villain Class of Multiculturalism seems to be Western culture and persons who happen to be born with a white skin. Any problems will automatically be blamed on “white racism,” which will ensue more suppression of free speech for whites. 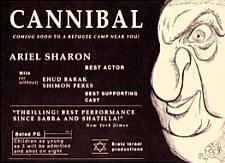 One of the hallmarks of a Villain Class is that its members can be verbally abused with impunity, and that they are increasingly physically harassed or even killed while the state seems in no rush to protect them from these assaults. The Villain Class is subject to public scorn and has de facto or even de jure less legal protection than other groups. They have their property and their culture stripped away from them, and any attempts to protest the policies or ideologies that are causing this will be met with even more repression.

Consider the case of Sweden. Swedish radical feminist Joanna Rytel wrote an article called “I Will Never Give Birth to a White Man,” for a major Swedish daily, Aftonbladet, stating things such as “no white men, please… I just puke on them.” After receiving a complaint because of this, Swedish state prosecutor Göran Lambertz explained why this didn’t qualify as racism: “The purpose behind the law against incitement of ethnic hatred was to ensure legal protection for minority groups of different compositions and followers of different religions. Cases where people express themselves in a critical or derogatory way about men of ethnic Swedish background were not intended to be included in this law.”

The wave of robberies the city of Malmö has witnessed is part of a “war against Swedes.” This is the explanation openly given by robbers with immigrant background. At the same time, more natives are leaving Sweden than at any time since the 19th century. But in the 19th century, Swedes left Sweden because of poverty. They now leave because of persecution, because their country and their culture is systematically being taken away from them. Yet the Swedish state is doing next to nothing to protect the native population against this violence. On the contrary, it continues the policies that created these problems in the first place and bans opposition to this undertaking as “racism.”

Doesn’t this mean that the Swedish state and its cultural elites are indirectly responsible for driving their own people away from their homes? I think it does, and I think future generations will view this policy as an example of pure evil. I also think they will find it difficult to understand how the Villain Class could in this case be the majority population, not a minority. There are several reasons for this, but I find it hard to believe whether this would have been possible without the incessant ridicule and demonization of whites and their culture that has now become an established part of the mainstream ideology.

17 thoughts on “Why Transnational Multiculturalism is a Totalitarian Ideology”