I reported on Tuesday that Kim of the Danish blog Uriasposten was being sued by a journalist for an alleged copyright infringement posted on his blog, in what was apparently a politically motivated attack from the left-wing media establishment.

Henrik has just sent word that the drama is over: 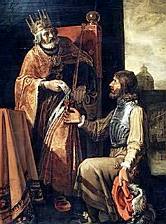 The legal confrontation came to an end today. Kim was on Danish television, being interviewed with the journalist in question and an expert in the legal aspects. After the show, Kim and the journalist hammered out an agreement in which Kim acknowledges that his posting the copy of the article was contrary to the law, and that in return he doesn’t pay a dime; i.e., no lawsuit either. That, so far, is all I know. I’ll get back to you when I know the finer details.

The money that was donated to him, as far as I understand, still goes into a legal defense fund for bloggers.

2 thoughts on “Uriasposten is Off the Hook”