In the late nineteenth century Amelia Gere Mason wrote a book entitled The Women of the French Salons. In it she describes the heyday — which lasted for about two hundred years, through the seventeenth and eighteenth centuries — of the French intellectual salons.

Those were the halcyon days of French culture, when France was the intellectual center of the world. During those times French ideas were concocted, debated, and exported throughout the civilized world from the salons of Paris.

The Salon Bleu has become historic. This “sanctuary of the Temple of Athene,” as it was called in the stilted language of the day, has been illuminated for us by the rank, beauty, and talent of the Augustan age of France. We are more or less familiar with even the minute details of the spacious room, whose long windows, looking across the little garden towards the Tuileries, let in a flood of golden sunlight. We picture to ourselves its draperies of blue and gold, its curious cabinets, its choice works of art, its Venetian lamps, and its crystal vases always filled with flowers that scatter the perfume of spring.

It was here that Mme. de Rambouillet held her court for nearly thirty years, her salon reaching the height of its power under Richelieu, and practically closing with the Fronde.

Being an intellectual of a gregarious bent, I’ve always longed for an environment like that of the French salons. Or, looking towards a more recent model, imagine being at the Algonquin Roundtable with James Thurber, Dorothy Parker, Robert Benchley, and all the other literary luminaries of New York in the 1920s! One would have to put up with the petty jealousies, the infighting, the backbiting and the intrigues — but surely it would be worth it.

Although I have associated with intellectuals of various stripes all my adult life, I have never encountered anything like the highly concentrated erudite companionship that my mind conjured up and pined for — until I went to Copenhagen, that is.

Twenty-first century Denmark is less mannered, and not not nearly so effete as Paris in the 1600s. The Danes are laid back and informal in their social habits, and prone to a loud conviviality involving ample supplies of beer. But the gatherings in Steen’s flat included the heaviest concentration of intellectual firepower that I have ever experienced, even including my college years.

Steen keeps a blog called Snaphanen, and posts in both Danish and Swedish, and occasionally in English. He is enamored of Sweden, and he started his blog because the recent descent of Sweden into Multicultural Fascism has been almost more than he can bear.

Steen occupies a pivot-point of intellectual life in Denmark and South Sweden, and all the cultural currents of Scandinavia flow close by his doorstep.
– – – – – – – – – –
Like Mme. de Rambouillet’s salon, Steen’s apartment has spacious rooms and long windows, but there the resemblance to its French counterpart comes to an end. The French salons were hosted by women, not men. Rather than a languid philosophe, Steen is an old-school Bohemian, a former hippie who collects paintings, sculpture, books, and bric-a-brac. A bicycle is parked in the corner of his sitting room, next to a window that overlooks a street just outside the city walls of Old Copenhagen.

During my time at Steen’s the salon members were a group of Norwegians, British, Danes, and one American, and we sat on comfortable furniture amidst the ubiquitous Danish candles. Through a thick fug of cigarette smoke we talked politics, history, philosophy, science, anthropology, linguistics, and military affairs well into the wee hours every night I was there.

Intellectually speaking, I was totally outclassed by the Vikings. Only in etymology could I stand my ground — in every other field it was game, set, and match to the Danes. Yet I couldn’t have been happier.

The conversation was mostly in English — possibly out of deference to me and the Brits, or maybe because Norwegians and Danes understand one another better in English than in either of their own languages. 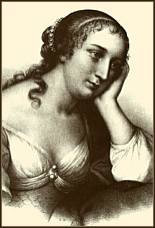 But the Danes don’t just speak English out of utility, nor is it used as a sort of Nordic pidgin. They are fluent in it, they study its literature, and they enjoy Anglo-Saxon recreational reading. Steen’s bookshelves were lined with volumes in English in addition to those in Danish, Swedish, and German.

I had assumed that these Viking omnisavants were the product of a superior university system, but Henrik (of Viking Observer) disabused me of the notion.

“Nobody goes to university to learn anything,” he said.

It seems that even in Denmark universities are places where mediocrities undergo indoctrination in order to become part of the nomenklatura. The politically correct pandemic has infected higher education throughout the West, eliminating nearly all opportunity for advanced learning in an institutional setting.

But learning still goes on, and the company I kept in Copenhagen was ample proof of it. Not all of Steen’s salon members were geezers like me; quite a few of them were young people. Somehow they have educated themselves and resisted the cant of the zeitgeist, despite the best efforts of the PC cultural environment to brainwash them. It gives me great hope for our future.

Our discussions naturally centered around the Counterjihad and the Muslim immigration crisis in Europe. We approached it from many angles — political, historical, anthropological, religious, etc. I’ve covered some of the material in earlier essays, and will be mining my recollections for future posts.

I am reassured to have found men and women of such caliber in Scandinavia. To quote Ms. Mason again:

It is the man living upon the level of his time, and finding his inspiration in the world of events, who reflects its life, marks its currents, and registers its changes. Matthew Arnold has aptly said that “the qualities of genius are less transferable than the qualities of intelligence, less can be immediately learned and appropriated from their product; they are less direct and stringent intellectual agencies, though they may be more beautiful and divine.” It was this quality of intelligence that eminently characterized the literature of the seventeenth century. It was a mirror of social conditions, or their natural outcome. The spirit of its social life penetrated its thought, colored its language, and molded its forms… It would be unfair to say that anything so complex as the growth of a new literature was wholly due to any single influence, but the intellectual drift of the time seems to have found its impulse in the salons. They were the alembics in which thought was fused and crystallized. They were the schools in which the French mind cultivated its extraordinary clearness and flexibility.

Extraordinary clearness and flexibility were much in evidence in Copenhagen last month.

Steen’s salon is without the fops and précieuses, is devoid of pretense, and lacks the elaborate protocol prevalent in seventeenth-century France. There is no outward resemblance between the two locales.

Yet the ferment of new ideas is bubbling in the Danish alembic.

The Danes are leading the West in their approach to the Counterjihad. The creative solutions to our problems are not being hatched in New York or Paris or London.

But you can’t really say that the Danes are planning what they do. They are simply acting on what emerges from an intelligent consensus and feels right, what accords with tradition and common sense. Political liberty, freedom of speech, the rule of law, and a common culture are all being vigorously defended there.