Holger Danske is not the only one starting to awaken.

According to Exile, a new Danish alliance is forming around the issue of immigration and Islamification: 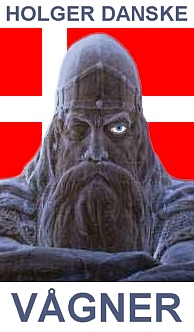 SIAD and a few other like minded groups are getting organised in Denmark. According to the SIAD Danish blog, a new alliance is being formed out of similar groups with one common theme. The counter-jihad movement.

Anti-jihad Danmark (SIAD, Nationale Danskere, I Media, Frit DK og Frie Danske Nationalister) are organising their first demonstration in Aalborg in Northern Jutland on the 12th of May. The theme of the demo will concentrate on less control of citizens and more control over the gangs that run free in that area in particular, and Denmark in general.

Despite the somewhat nationalistic names that some of these groups have, they are committed to fighting anything undemocratic. As Anders Gravers [the leader of SIAD] puts it, “all the ‘isms’.” Communism, Nazism, Fascism and Islamism.

As usual, the Danes are way ahead of us. Go over to On the Wing and read the rest.

13 thoughts on “The Vikings Are Stirring”