The noted blogger Fjordman is filing this report via Gates of Vienna.
For a complete Fjordman blogography, see The Fjordman Files. There is also a multi-index listing here. [editorializing in this post by Dymphna].

Fjordman happened upon yet two more examples of verboten words: “Mexican” and “immigrant.”

In the first story, a man in Iowa was fired for referring to someone from Mexico as a “Mexican.” 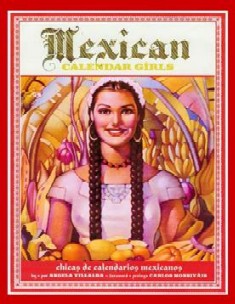 Pipe welder Bill Hendeley Jr. said he was fired from his job Wednesday for using the word “Mexican” in describing a person from Mexico at a group safety meeting.

Hendeley said he has worked for Fagen Inc., an engineering and construction company based in Granite Falls, Minn., off and on for the past 10 years. The company is building an addition to the Big River Resources ethanol production plant in West Burlington.

Hendeley, who recently moved to Burlington, said he has never been fired, has never even been reprimanded for making inappropriate comments, and co-workers describe him as a model employee.

At a group safety meeting Wednesday, however, Hendeley singled out supervisors and a Hispanic worker for smoking in inappropriate places. Smoking is only allowed in a designated area across the road from the plant.

“I guess if you’re a supervisor or a Mexican, you can smoke anywhere you like,” Hendeley reportedly told an Hispanic safety supervisor.

Oops, can you see where this story is headed??

Following the suspension, Hendeley and his co-workers said they observed supervisors and a Hispanic woman smoking in trailers near the plant.

Hendeley said he simply was pointing out discrepancies in policy enforcement.

After the safety meeting, Hendeley was called to a private meeting with the safety supervisor and two other managers to discuss his comments, and was fired shortly after, he said.

Hendeley asked the safety supervisor if calling someone from Mexico a Mexican offends him. The supervisor answered “yes,” according to Hendeley.

Can you say “this was an example of mau-mauing?” If you dare you’re in deep do-do with the Language Police.

Please note that it was not reported what the consequences are for calling someone a supervisor.

Meanwhile, Fjordman found this cautionary tale in Britain, via the Guardian:

Use of the word immigrant as an insult can amount to proof of racial hostility, the court of appeal ruled yesterday.

The court held that a charge of racially aggravated assault against a woman who attacked a GP after referring to him as “an immigrant doctor” had been wrongly thrown out by Judge Breen at Luton crown court in January.

He decided that “immigrant” did not denote membership of a specific racial group under the 1998 Crime and Disorder Act. But three appeal judges said he should have left the matter to the jury.

he defendant, Mrs D — who cannot be named for legal reasons — [and because she’s a blooming idiot] took her son aged three to a Bedford surgery because of a rash.

Dr Hair Newal said the child could go home, but she should contact the surgery if further symptoms developed.

She then tore the letter he was writing and tried to grab her son’s medical records. Dr Newal suffered scratches.

Lord Justice Auld, sitting with Mr Justice Beatson and Mr Justice Wakerley, said use of the word “immigrant” could denote membership of a broad racial group.

The judge was wrong to rule it simply meant “non-British”. It had been for the jury to decide whether the use of the word demonstrated racial hostility.

The judges’ decision was in reply to a point of law raised by the attorney general, Lord Goldsmith. The ruling did not overturn Mrs D’s acquittal.

I’ll bet it’s a comfort to the British taxpayer to know how much officious official time and money is being spent on trifles like this one. Well, no doubt it keeps the judges and Lord Goldsmith off the streets and out of trouble.

Does anyone else have more Orwellian anecdotes to pass on to us? Please leave any stories of officious idiocy in the comments where we can all enjoy them…or weep in our cups as the occasion may call for.

Meanwhile, did you hear the story about the Mick, the Pollack, and the person of unknown origin? They go into a bar, see…*

*[I found “Mick” and “Pollack” in the spell checker because I failed to capitalize them. “Mexican” was there, too. Spellchecker is going to the principal’s office right now and will have this word removed painfully, without benefit of anesthesia.]