As a non-Christian, I have been complimenting Christianity for contributing immensely to many of the positive aspects of our culture. But precisely because Christianity has so profoundly shaped our culture, isn’t it plausible that it may also, at least indirectly, have contributed to some of the flaws that currently ail us as well?

According to the blogger Conservative Swede, whom I have debated this issue with at some length, Christian ethics is more unfettered in modern liberalism than it is in Christianity itself. The West, and Europe in particular, is sometimes labeled as “post-Christian,” but this is only partly true. We have scrapped the Christian religion, but we have still retained some of the moral restraints associated with it, which have been so mired into our cultural DNA that we probably don’t even think about them as Christian anymore. Yet our humanitarian ideas are secular versions of Christian compassion, and it is Christian or post-Christian compassion that compels us to keep feeding and funding the unsustainable birth rates in other cultures, even actively hostile ones. Likewise, there are elements of Christian thought, such as universalism, that could be seen as the inspiration behind our one-world Multiculturalists. Italian Renaissance philosopher Machiavelli was more attached to Roman than Christian culture, and held the view that Christianity was totally unsuited as the basis for any empire. His ideas were echoed by the 18th century English historian Edward Gibbon, who stated in his work The History of The Decline and Fall of the Roman Empire that Christianity was responsible for the downfall of the Roman Empire, because it made the Romans too soft.. But the eastern half of the Empire, centered around Constantinople, was just as much Christian, and yet survived for another thousand years after the fall of Rome in the West.

I have touched upon this issue before:

Our Western “moral and ethical values” are profoundly influenced by Judeo-Christian thinking. Will our openness to outsiders, our democratic system and our Christian compassion, precisely the values that we cherish the most, render the West incapable of withstanding Jihad? A good Christian has to turn the other cheek and love his enemies. How are we to reconcile this with the reality that Muslims regard this as a sign of weakness? And how can we fight sharia when bishops and church leaders are the first to call for a “compassionate” immigration policy that allows masses of Muslims to settle here? Christians argue that Europe’s problem is a cultural vacuum created by the retreat of church attendance and Christianity as a religion, which has paved the way for Islam to enter. They have a point, as I have shown before. But some Christian groups are opening the West to Islam, too, and the secular state doesn’t have to be insipid and toothless. The non-religious authorities in China are far more ruthless in crushing any Islamic aggression than most Christian countries are. Of course, the downside is that they are far more ruthless in crushing anything deemed to be a potential challenge to their power. 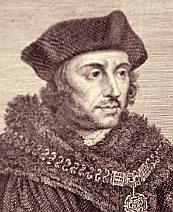 I have debated the thesis forwarded by Max Weber, that Christianity, or at least Protestant Christianity, formed the basis of capitalism, which could explain the hostility many Marxist display towards the religion. However, as always reality is more complex than this. First of all, Socialists are hostile to the traditional culture also in non-Western, non-Christian countries such as India and China, mainly because they need to break down the past in order to successfully mold the future. And second of all: Christian Socialists do exist. They tend to focus on the radical egalitarianism and the suspicion of wealth that can be found within the Gospels, and view Jesus as a revolutionary hero standing up for the poor and the oppressed. In fact, Marxists have seen an early Communist society described in the work Utopia from 1516, by English writer Thomas More. More’s work is open to several interpretations and some has viewed it as satirical, but he does describe a radically egalitarian society where private property doesn’t exist. More was a devout Catholic, and may have been inspired by the communal life of the monastic movement.
– – – – – – – – – –
We tend to view the divisions within the West today as left-right, but the truth is that the Christian world has always been rather divided in the face of Islamic aggression, which has repeatedly been an important cause behind Muslim advances. The Catholic-Protestant divide is just the most recent of these. Author Karen Armstrong is a senior apologist for Islam who calls herself a “freelance monotheist” and is a leading proponent of the idea of a shared “Abrahamic” legacy, that Judaism, Christianity and Islam are “saying the same thing in much the same way, despite their surface differences.” Ms. Armstrong is a former Catholic nun, and when reading her book A History of God, I detected stronger hostility towards Protestant leaders such as Martin Luther than towards Muslims.

Still, by far the oldest intra-Christian divide is the Great Schism between the Eastern and the Western churches, formalized in 1054 but a physical reality long before this. The split of the Roman Empire in two also created a split between two branches of Christianity: The Roman Church in the West replaced the Roman state, unified by the common literary use of the Latin language, while the churches in the East continued with Greek, a linguistic divide that slowly cemented the theological divide. Is the internal, Western bickering today a legacy from the long-established bickering between Christians? When the Ottoman Muslims attacked the Byzantine Empire, some Byzantines even said that it was better to be ruled by Muslims than by the Pope. Has this deep suspicion between Western and Orthodox Christians been retained in Russia, the successor to the Byzantine Empire?

Thomas E. Woods Jr writes in his book How the Catholic Church Built Western Civilization that the Catholic Church played an indispensable role in essential developments in the West: the creation of the first universities in Europe, and before this upholding the classical heritage through its network of monasteries during much of the Middle Ages. If so, we should remember that the monastic movement was a gift from the Eastern churches.

It was born in the Egyptian desert among Coptic Orthodox Christians, and spread throughout the Roman Empire before is partition, even beyond. It has been claimed that Coptic monks brought their ideas to Ireland at about the time of the fall of Rome and deeply influenced Celtic Irish art, which can arguably be seen in works such as the beautiful Book of Kells on display in Trinity College in Dublin. It is hard to verify whether these stories are accurate, but the similarities between the art of the Copts and of the Celts are indeed striking.

One major component of Western self-loathing is the idea that we should we be punished for crimes, perceived or real, committed by our ancestors before we were even born. It could be argued that this idea has its roots in Christian thinking, in the concept of original sin, committed by Adam and Eve, but where all their descendants are subject to its effects. Christian ethics have proved more durable than Christian beliefs. Even when we have supposedly left the religion behind, we still believe we have to make atonement for the sins of our forefathers, but since we no longer believe that Christ has made that sacrifice for us and washed away our sins, we end up sacrificing ourselves instead.

This proves that unbalanced Christian ethics without Christian beliefs can be unhealthy, especially if combined with a high degree of cultural feminization and a focus on the feminine aspects of the divine, the self-sacrificing. Too much of anything will kill you. Christianity does make up a huge component of what Western civilization is, but not everything, since many countries that are Christian are not Western. Underneath a veneer of Christianity has always been the older and more brutal traditions of our Germanic or Roman past. Perhaps Christianity, despite its many great qualities, needs to be balanced out by other more worldly elements, such as attachment to nation states.

19 thoughts on “A Christian Background for Political Correctness?”