LN, one of our regular readers from Sweden, tipped us to a post on Snaphanen about a Danish pop star named Zaki Youssef.

LN has translated parts of Steen’s post for us. It’s not clear if Steen is quoting, paraphrasing, or parodying salaam.dk, but here his introduction to Zaki: 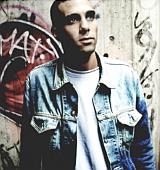 Zaki, a musician in a globalized world, is the provocative new kid on the block. The guy who writes songs so clear and spits them out so loud that his tribute to an album project in Denmark, sending the message of being open-minded and tolerant, was censored!

Zaki is half Egyptian, half Danish, born Muslim, and one of the most recognized producers and minds behind many music projects in Denmark and in Egypt as well.

And here are the lyrics from part of his song “Det tragisk” (“It’s Tragic”):

Mine is not the problem that your culture is uninviting
Even if I lived as if it was altogether mine
and ate pork and drank wine
Danish culture would still not be mine
My way of life is Islam and I am Muslim
and my passion is all too big for this damn country,
that’s why I write rhymes
It is so f***ing cold in the west and I do not sell my honor
There are heaps of good things I want to learn
But Danish I have never been and cannot become

Zaki Youssef is indirectly supported (through salaam.dk ) by the Danish Ministry of Education, the Danish Daily Newspaper Politiken and the Danish municipalities of Fredriksberg and Ishöj.

He’s darn right it’s f***ing cold in Denmark. It’s cold enough to freeze the gonads off a brass Egyptian monkey. But that doesn’t mean Zaki will be returning anytime soon to his sunny ancestral home.

No, life among the Danes is too sweet. All those adoring kaffir fans, and the rave reviews in Politiken, and the groupies, and the fast life…

It’s money for nothing, and the infidel whores are free.

12 thoughts on “Biting the Hand That Feeds Him”