Coupled with Iran’s repeated assertions that Israel should be wiped off the map – evidently as long as one Jew remains, the 12th Imam can’t come up for air – the highly publicized Holocaust Denial Conference in Tehran is evidence enough for charges of genocide against Iran.

So says John Bolton, late of the UN, and so does Alan Dershowitz. They are calling on The Hague to hear their charges against Iran. 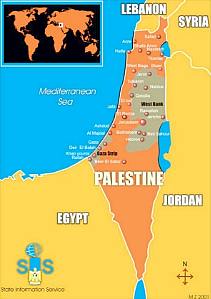 Mr Bolton will be joined in tomorrow’s launch of the legal action against Mr Ahmadinejad by a Harvard law professor, Alan Dershowitz, and the former Israeli ambassador to the UN, Dore Gold, together with experts from the US, Canada and Israel. A suit will be lodged with the international court of justice at The Hague, which will decide whether to hear the action. The panel said the Iranian president was guilty of inciting genocide “by making numerous threats against the United States, calling for the destruction of Israel and instigating discrimination against Christians and Jews”. His words violate a 1948 UN genocide convention, to which Iran is a signatory, they said.

Does this have anything to do with Kofi Annan’s departure from the scene? Does his exit open the way to pull in the reins on Iran?

The best that Iran could pull off in the way of famous guests is David Duke. This would be a joke were it not part of a larger strategy by Iran to wear down world resistance by repeating its mantra that Israel must “be wiped off the map.” It is not enough to destroy Israel, it must be obliterated, as though it never existed to begin with.

– – – – – – – – – –
However, this “conference” seems to have awakened the sleeping heads of state. Tony Blair and Germany’s chancellor have both issued strong statements that Iran’s revisionist “history” will not be allowed to stand. Neither said what they were willing to do about it, however. Meanwhile, Ahmadinejad bloviates on, certain that his Chinese water torture repetition will erode support for Israel:

Thanks to people’s wishes and God’s will, the trend for the existence of the Zionist regime is downwards and this is what God has promised and what all nations want,” he said.

Israel is living proof that what does not kill me makes me stronger.

Iran is on the way to becoming another provocative Iraq, hoping to cause more global conflict, sucking in other players, and thereby bringing that much closer Ahmadinejad’s retro fantasy of a Judenrein world.

Mr. Bolton’s remarks will come tomorrow, according to the Guardian.

Barely a week after he announced his resignation from the UN post, Mr Bolton will appear tomorrow among a panel of diplomats and lawyers calling for Mahmoud Ahmadinejad to be prosecuted. The panel has been convened by a Jewish umbrella group in the US, the Conference of Presidents of Major Jewish Organizations.

With what we know of Mr. Bolton’s penchant for blunt, direct talk, this should be quite a speech.

I look forward to tomorrow morning.