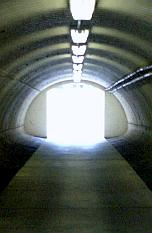 We’ve retired our bleg post now, thanks to an overwhelming response from our readers. It wasn’t just the donations that were welcome — though they were sorely needed, and we thank you very much — but also the expressions of appreciation and support. To be so well-thought of by all these people we’ve never even met!

It renews one’s faith in humanity. Or at least in Western Civilization — we heard from Britain, Norway, Denmark, the Czech Republic, Latvia, Greece, Cuba (in exile), Israel, India, Australia, Canada, New Zealand, and of course the U.S.A. There are probably other countries I’m forgetting to list.

Texans and Aussies seemed to be over-represented among those who hit the tip jar. Is there significance in that fact?

Several fellow bloggers, folks who had been in the same boat, were among the contributors.

By going public with my employment situation I have received several enquiries about possible telecommuting jobs, and one definite contract. So, although we’re not out of the woods yet, the trees are thinning, and I can see the light at the end of this tunnel of mixed metaphors.

Thanks once again to each and every respondent — it’s a huge boost for both of us.

One thought on “The Trees Are Thinning”