By now everyone has seen the announcements of the upcoming fake documentary that shows the assassination of President Bush in Chicago in October, 2007. The TV “drama” is set to be shown in Britain, and has a place on the roster at the Toronto Film Festival. Haven’t the Oliver Stone copycats learned their lessons well?

This exercise in fantasy is just another decompensation for those whose hatred of Bush is so visceral that it leaves them obsessed with the idea of his death. Before this is all over, I expect to see even uglier sado-masochistic fantasies on film. It is a fascinating phenomenon, this derangement. Fascinating the way watching a worm crawl up your arm is fascinating. 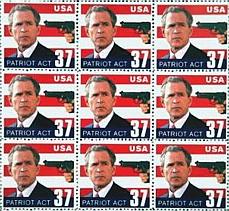 Michelle Malkin calls this kind of thinking “assassination chic.” What it represents is the deepening dementia of those who have lost the ability to think and can only rage at the facts on the ground. George W. Bush is the president of the United States of America and it’s killing them, perhaps literally. The increase in cardiac arrests must be rising — anyone in the terminal stages of BDS probably ought to stay away from the film just for the sake of his or her health. Hatred is corrosive: not for the object but for the container. These guys are eating their own insides out with their venom.

The film is being offered to American television. It will be interesting to see which, if any, of them are willing to show it, and who they will get to sponsor it. Progressive Insurance might be willing to do so. The CEO poured a great deal of money into the last election. And then there’s always Soros; he’s good for a few dollars. Not the Saudis, though. They prefer the devil they know to Cheney.

There’s not enough available of the plot to tell you what is supposed to happen to Dick Cheney when this wishful thinking takes place. It’s difficult to believe that the BDS sufferers would prefer to have Mr. Cheney in charge. Or maybe the plan is to simply keep shooting everyone till Ted Kennedy is finally at the helm?

This is not worth our time, folks. The writer/director, Gabriel Range, has made about five third-rate sensationalist TV docu-dramas (fake documentaries) — ranging from one on the Menendez brothers (remember those charmers who killed their parents?) to another in which the whole transportation system in Britain collapses, and the inept authorities end up killing people by mistake. This latest venture about Bush derives from a lust for fame on the part of Mr. Range…and what could possibly garner more attention than the subject matter he has chosen this time?

The only thing this TV show proves is that there is no limit to how low the Bush-haters will sink. While deplorable, it is at the same time pathetic and embarrassing. I want to look away so I won’t have to see their decline. For example, ol’ Garrison Keillor is advocating cutting health care for anyone who has a Bush/Cheney bumper sticker. He went off the edge so long ago he’s hanging onto his sanity halfway down the side of the cliff by clutching a daisy. If the country gets any redder, they’ll have to institutionalize the guy. Too bad. He used to be funny. Now he’s simply pathetically unpleasant and absolutely predictable. Predictable is not consonant with funny, but I don’t think he takes in new information anymore.

Don’t you wonder how this latest stupidity will affect the elections here, given the timing of its release? It is scheduled to be shown in Toronto in October and that ought to generate enough screaming to send us right to the first Tuesday in November. What do you want to bet it gives the Republicans a boost? It’s too visceral a film not to cause some fear and revulsion.

Shhh…don’t tell them about the law of unintended consequences. Oh, I forgot — they still don’t get the idea of free markets and tax cuts. So go ahead and tell them: it won’t penetrate the concrete.

I do believe this syndrome is progressive. And possibly lethal.

Powerline terms this “incitement to assassination.” Sounds about right, but I think the blowback will be a paradoxical incitement to vote for more security.