Fourth of July: lucky are the American children born today. Their birthdays will always be celebrated with fireworks and parties; parents will be home for a vacation day; the television news will be full of noise and color and reminders of American exceptionalism. You couldn’t blame a fourth of July baby for feeling a bit special, what with all the foofaraw and fanfare.

George M. Cohan thought himself fortunate to be a 4th of July baby. It was he who wrote —along with 1,5000 other Tin Pan Alley songs — “Yankee Doodle Dandy”:

Cohan was of Irish descent, born in Rhode Island. Amazingly prolific, he is considered the creator of the American musical comedy form. His baptismal certificate states he was born on July 3rd, 1878, but the family insisted that he’d arrived on the 4th. Given that mothers were often not present at the child’s baptism, this could indeed have been the case. At any rate, that was the story and everyone stuck to it.

Can we sing Mr. Cohan’s songs anymore? Is his celebration of America too dated? Are we too cynical to feel pride in our heritage? Have we been beaten into submission about our racist, crime-ridden, empire-driven nation?

Some people would say so. And others would trumpet any bashing they had to offer about our enfeebled, sinful condition. For every person who enthuses about America, there are ten MSM accounts of the latest droppings from Ward Churchill and his ilk. It wouldn’t be so bad if these bashers were accurate, but their bias is so blatant that you have to pause in wonder at the gullibility of the reporters who quote his incredible speeches.

However, there are others who ignore the poisoned pens of the self-haters. There are those who can report from their own experience that they’d rather be here, thank you.

Jake Barnes, the proprietor of the blog Spyral Notebook, has this to say about his adventures here and in Europe:

Last year I was sailing near Victoria, British Columbia and saw several beautiful houses near the shoreline. The local crew on the boat explained that the properties were most likely owned by rich Americans who had moved north to escape the pervasive crime in the US.

The British wife of a school friend frequently tells me that she would love to live in America, if not for the dangers crime would pose for their young daughter. She feels they cannot take the risk.

And during the 2004 Republican Convention, a lady friend visiting New York from Italy told me that the police power on display was proof positive that the US is a dangerous country. Why else would we need so many cops?

There is a general perception by Europeans that rampant crime is a condition of American life.

It’s not surprising that we got this reputation. In the 1970’s and 80’s, crime in American cities ran out of control. I, for one, was almost murdered on a sunny afternoon in the Boston Commons in 1973. Two thugs tried to choke me with a homemade garrote. Fortunately, I escaped with my life, if not my hockey equipment.

However in the last twenty years of living in New York, Philadelphia, Seattle and San Diego, I have not even witnessed a crime, let alone been attacked, robbed, or had my home burgled.

Not so living in Europe.

My house in a leafy suburb of Brussels was robbed three times in two years. The last time, the robbers simply pulled a truck up and removed every unattached object from the house. My car was keyed, smashed, jumped on, and finally burned to an empty shell. Roving gangs of Muslim thugs were a common site in areas throughout the city.

In London, on a route I walked daily between St. John’s Wood and my school’s campus on Regent’s Park, I was regularly harassed and threatened by men loitering in front of the London Mosque.

And during one year in Paris, my girlfriend was attacked in broad daylight across the street from the Arch de Triumph, I was robbed in the Metro, and incidents of petty crime and intimidation seemed commonplace. This year France has experienced a kind of rioting and violence not seen here for many years.

Crime in the US is clearly not what it used to be. Granted, murder rates are still very high, which is no small thing. But as our crime rates came down in the 1990’s, Europe’s took a precipitous climb in the opposite direction. Serious property crime is epidemic in the major continental cities. It has been a stunning reversal of roles.

European perceptions of crime in American have not changed as the streets have gotten safer here. Nor do Americans appreciate how dangerous European cities can be, even if one does stay in the “right” neighborhoods. People on both sides of the Atlantic need to appreciate the changes and take a reality check.

“A reality check,” indeed. Our friends, the British, don’t think much of us, or at least many don’t. A poll in The Telegraph had this to offer as a birthday present:

Britons have never had such a low opinion of the leadership of the United States, a YouGov poll shows.

As Americans prepare to celebrate the 230th anniversary of their independence tomorrow, the poll found that only 12 per cent of Britons trust them to act wisely on the global stage. This is half the number who had faith in the Vietnam-scarred White House of 1975.

Most Britons see America as a cruel, vulgar, arrogant society, riven by class and racism, crime-ridden, obsessed with money and led by an incompetent hypocrite.

On the other hand, an essay from The First Post had much more substance to its assessment of America. The author, Mr. William Langley, had this to say: 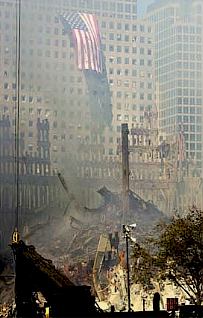 Most of the world is ignoring the lessons of America’s remarkable cultural renaissance, of which dramatic falls in crime are only a part.

It is much easier, and far more fashionable, to portray the United States as a dying empire mired in a misbegotten war, outstripped economically by China, and unable to keep even tin-pot states like North Korea in line.

Yet on a recent trip back to Washington DC where I lived for the Clinton years, it was impossible to escape the good news. Almost all of America’s important social indicators — the measures of the true health of a nation — are pointing in the right direction.

Welfare cases have fallen by an astounding 60 per cent in the last decade. Marriage is growing in popularity, while divorce rates, having soared in the Sixties and Seventies, are falling — as are the rates of teenage pregnancy, drug use and suicide. Alcohol consumption among the young has fallen by 31 per cent since the mid-Eighties, and smoking by almost 50 per cent.

Young Americans are discovering sex later than their parents, and have fewer partners. A new, virtuous, generation is emerging.

Educational achievement, particularly among minorities, is rising, and the philanthropic instincts of the rich — as witnessed by last week’s $31 billion gift to charity by legendary investor Warren Buffet — are resolute.

Crime rates, not only in New York but across the country, continue to decline rapidly. According to the Department of Justice, violent offences overall have dropped by 55 per cent since 1993, while teenage offending is down by 71 per cent.

Property crimes are at their lowest level since Federal statistics began in the early Seventies. Beyond the lawless pockets of a few big cities, America is now one of the least crime-troubled societies on earth.

How has all this happened? And why, amid the relentless onslaught of America-bashing, do we hear so little about it?

New York Times commentator David Brooks gives a simple explanation: “People have stopped believing in stupid ideas; that the traditional family is obsolete, that drugs are liberating, that it is every adolescent’s social duty to rebel.”

This is essentially correct. From the Sixties onwards, America witnessed widespread social decay in the form of family break-up, drug tolerance and attacks, in the name of liberal values, on what had traditionally been viewed as the parameters of decency. A new generation of Americans, having seen and reviewed the results, wants to change things.

You feel it everywhere. In the courteousness and generosity of ordinary Americans, and the pride they have in their country. We don’t hear much about it, because it doesn’t fit our Euro-jaundiced view of what the United States is…

Thus another “reality check,” this time by a visitor.

Do we have problems to address? Certainly. And some of the worst of them are at the very top of the hierarchy — beginning with our Imperial Congressional Horde. But even they — with their narcissistic posturing, corruption, and blatant waste of tax-payers’ money — even they cannot spoil this day.

Foreigners misunderstand America, and what freedom here really is. They do not understand how our constitution protects individuals, not classes or groups. They neither grasp the laws designed to limit government, nor the responsibilities and duties that we free individuals must carry. The tree of liberty is fed with tyrant’s blood, and that is just one of many responsibilities that we all know.

The ultimate effect and genius of our government is that each person is a sovereign individual, a king or a queen in their own right. It’s no mistake that fathers in America oft call their daughters princess, although there is neither title, divine right, nor grant of nobility to do so. We are each of us noble in America, and in America we write our own grants of nobility as we walk this land of 300 million kings and queens.

So foreigners misinterpret our easy grace with freedom and our ability as ego, they mistake our declarations as braggadaccio, and they see this brawling country of three hundred million souls and fear our great powers.

Yes, read the rest. It’s worth the ride.

24 thoughts on “Reality Check on the Fourth of July”