Atlas Shrugs provides the entire text of John Bolton’s address at the Public Session on Lebanon in the UN Security Council today:

“Mr. President, in recent days and weeks, we have seen an outbreak of violence in the Middle East, sparked by attacks and kidnappings which Hamas and Hizballah carried out against Israel. Events continue to develop even as we speak.

Hizballah’ s incursions across the Blue Line on July 12 were a deliberate and premeditated provocation intended to undermine regional stability and are contrary to the interests of both the Lebanese and Israeli people. We unequivocally condemn the kidnapping by Hizballah, a terrorist organization, of two Israeli soldiers and call for their immediate and unconditional release.

Provocations across the Blue Line by terrorist groups highlight the urgent need for full and immediate compliance by Syria and Hizballah with relevant UN Security Council resolutions, including 1559, 1583, 1655, and 1680.

The international community has made clear its desire to see the central authority of the Government of Lebanon extended throughout the country.

As President Bush said yesterday, we are concerned about the fragile democracy in Lebanon. While we have been working very hard with partners to strengthen the democracy in Lebanon, we are also making clear that the democratic aspirations of the Lebanese people must not be undermined by the irresponsible and destabilizing actions of Hizballah.

We have repeatedly made clear to Lebanon and Syria our serious concern about the presence of terrorist groups on their soil and the periodic attacks against Israel from groups and individuals in southern Lebanon.

All militias in Lebanon, including Hizballah, must disarm and disband immediately and the Lebanese government must extend and exercise its sole and exclusive control over all Lebanese territory.

President Bush has made clear that Syria and Iran must be held to account for supporting regional terrorism and their role in the current crisis. Syria provides safe haven to the militant wing of Hamas and provides material support to Hizballah, which also maintains an active presence in Syria. Iran’s extensive sponsorship and financial and other support of Hizballah is well known and has been ongoing for decades. No reckoning with Hizballah will be adequate without a reckoning with its principal state sponsors of terror. 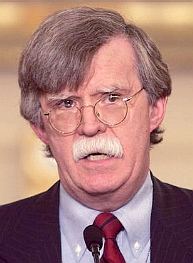 We call on Syria and Iran to cease their sponsorship and support of terrorist groups, in particular Hizballah and Hamas. For the third time in two weeks, we again call on Syria to arrest Hamas leader Khaled Meshal, who currently lives in Damascus. There is no excuse for a member state of the United Nations to continue to knowingly harbor a recognized terrorist.

The Secretary General’ s decision to send a senior level team to the region is a development that is welcomed by my government.

We are also engaged with the primary parties and other concerned leaders to help restore calm and achieve a resolution to this crisis. In fact, senior U.S. officials are in Jerusalem today for meetings.

All parties in the region must accept their responsibilities for maintaining security and stability. We urge all parties to accept the principle that governments must exercise sovereign control over territory. The United States remains firmly committed to working with others not only to resolve the present situation but toward building longer-term peace and stability in the region.”

The emphases in Mr. Bolton’s address are mine.

Please compare his straight-forward speech with the statement released under Benedict XVI’s authority:

“As in the past, the Holy See also condemns both the terrorist attacks on the one side and the military reprisals on the other,” he continued.” He argued that Israel’s right to self-defense “does not exempt it from respecting the norms of international law, especially as regards the protection of civilian populations.”

“In particular,” the statement continued, “the Holy See deplores the attack on Lebanon, a free and sovereign nation.”

So I join multitudes of the shocked faithful in asking, with all humility, Holy Father, just what do you consider Israel to be, if not a “free and sovereign nation”? And what reasonable response would you expect from a free and sovereign nation when her civilian populace is fired upon without provocation by another nation? In fact, when she is beset on all sides, when she is threatened daily with annihilation?

I also ask in all humility why you would dissemble by referring to Lebanon as “free” when, you, Holy Father, or all people, know the suffering and death of Lebanese Christians — for generations — within the sovereign borders of Lebanon. When you, of all people, know the treachery and cruelty and disdain for human life that Hizbullah, which controls the southern part of this so-called “free” Lebanon.

The children cry out for bread — for justice, Holy Father — and you have given them stones. You are ruining the credibility of the Church with these declarations, which are mere hand-wringing appeasement. 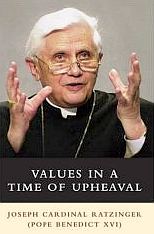 If you do not stand for justice now, Holy Father, you will kneel eventually, head bowed, in front of an unjust sword. Or one of your successors will, and part of the responsibility for that murder will fall on you. Vatican City is not immune from the tempest — particularly when its leader chooses to take sides, which you have clearly and unjustly done here. Do you think the Ummah will spare your small country, or you, an infidel it despises? You are an expert historian and you know better.

God have mercy on your soul for the harm you have caused today.