Gates of Vienna hasn’t written on the 7/11 Mumbai bombings just yet. Though intensely interested in the struggle against Great Jihad on the subcontinent, I know so little about the background to the bombings that I don’t feel qualified to write on the topic. I have kept up with The Hindustan Times, noting that the ISI seems to be behind the atrocity (no surprise there), and have continued to absorb information about it.

Then over this past weekend I read in a blog somewhere the alarming news that Indian ISPs were blocking access to blogspot and other blog-hosting sites, using 7/11 as a pretext. In one of Monday’s posts, our regular Indian commenter Ik left the following note: 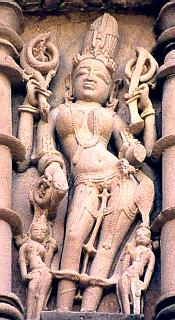 Sorry for the OT Baron, You won’t be getting bloggers from India now.

The government of India is using 7/11 as an excuse to block all blogs specifically nationalist blogs. Note that you can still access all jihadi and communist web sites from India.

This is exactly as predicted by the earlier Fjordman article — Soft Totalitarianism moving to Hard Totalitarianism as the Congress Party and the leftists/communists lose control over the news cycle and propaganda.

The Indian Government has issued an order to all Indian ISPs for a ban on various blogging sites. While no official release has been made on this front, the reasons being attributed to this ban range from it being a preventive measure to stop sleeper terrorist cells from accessing instructions contained in blogs, to a new measure to try and control the spread of information through blogs. The order was issued by Department of Telecommunications (DoT). The known list of blocked domains is *.blogspot.com, *.typepad.com and geocities.com/*.

It leads me to wonder if this is a case of ISPs overreacting, which would not be the first. Three years ago, they had rather zealously blocked groups.yahoo.com in a similar manner when all they wanted to actually do was to block a particular group. As of now most of the large ISPs have already complied with the DoT order and a large population of Indian bloggers has been cut off from their own blogs. Keep checking back here, as we will post more news on this story whenever available.

And from The Indian Express:

The fast-growing community of online bloggers has borne the brunt of the government’s decision to block some 20 websites in a post-Mumbai show of force. Some of the websites that have been blocked are Dalitstan.org, Clickatell.com, Hinduhumanrights.org and Hinduunity.com.

But the most harried Internet users were the bloggers, who couldn’t access Blogspot.com, Typepad.com or Geocities.com pages. Sources in ISPs in Delhi as well as Mumbai confirmed that the one blog government has asked them to block is Princesskimberly.blogspot.com.

It seems the order posed technical problems, resulting in a blanket ban on all blogs. ‘‘You cannot block a single page on blogspot.com, which is why all of them are getting blocked,’’ said Neha Viswanathan, Regional Editor, South Asia, Globalvoicesonline.org from London.

The Indian order was issued on July 13, sources in the Ministry of Telecom confirmed, though the Computer Emergency Response Team (India), part of a global cyber-security network set up three years ago, did not announce the bans officially.

Only sources in several ISPs such as Spectranet and Airtel confirmed that they had received the site-blocking order. R Grewal, a spokesperson for Spectranet confirmed: ‘‘We received a list of over 20 websites to block from the Department of Telecom, and this (Blogspot.com) was one of them.’’

Apparently, all the websites blocked are said to express “extreme religious views.”

MTNL officials said they were handed a 22-page document detailing the sites to block a month ago. “It came from the National Informatics Centre (NIC). It was the first time that they had done something of this nature,’’ says RH Sharma, sub-divisional engineer for MTNL in Delhi.

Government sources confirmed late in the evening that some websites have been blocked based on police reports that they were fuelling hatred. They denied that the Mumbai blasts had anything to do with censorship and that security checks on the blocked sites were on since before the terrorist attacks.

But the ban hasn’t been a complete success: later on Monday Gates of Vienna started receiving referrals from Bharat Rakshak, an Indian Defense portal, on whose forums I often lurk and occasionally comment. Contributor Mihir had posted the following:

Carl in Jerusalem is live-blogging the situation as it unfolds.

If you look at the links to Carl and Gates of Vienna, you’ll notice that the domain is “anonymouse.org” and the URLs for the forbidden blogs are thus concealed from Big Brother’s robots. Three days after the Wall of Silence went up, India was already getting messages through it.

Desipundit is the place I go to see what’s happening on the Indian blogs. Sure enough, they had a sticky post at the top of their blog reporting on the effects of the ban and asking readers to send in more information. Bloggers were already forming consortiums and had created a Public Wiki to pool information about how to get around the ban (the anonymouse strategy was one of those mentioned). Below is a snapshot of the complete post from sometime yesterday; it has probably been updated since then. I’ve included all the links so you can explore the wealth of the Indian blogosphere:

Is Blogspot.com being blocked by some ISPs in India? While it’s highly unlikely, and maybe some local servers are down. (Do they have local servers?) — Mridula says

Now I know I am speculating but it makes me very very irritated to think that our government might be playing some hanky panky with blog sites? The other possibility is that Blogger messed it up only in India? I would love it if it is the second possibility but I think there is a very slim chance of that. I can only hope that there is an innocent explanation to it.

If you are in India, can you please head over here, and just tell me if you can access Blogspot.com and what ISP you are on?

Update#1: Amit at Digital Inspiration has a [partial] list of Indian ISPs that seem to be blocking Blogspot and offers several solutions to get around the block.

We are waiting on news to confirm if it indeed was a Ministry of Communications directive that made these ISPs block the site. Let us know if you find out either way.

Update#2: Abi calls up one of the ISP call centres. IF you cannot access blogspot or typepad domain (despite your connection being robust etc.) please go here and add details regarding your ISP and their contact details.

A very comprehensive guide on how you can go about seeking information under the Right to Information Act, including a draft letter you can send off to the Public Information Officer for the Department of IT here.

Saket writes about the Indian Government doing a Big Brother. Shivam posts on his experience — calling up a government official. Dina shares the mail she wrote to CERT-IN and her ISP. It appears that some ISPs have also blocked Typepad.com and Geocities.com.

Update#3: Things are picking up fast now, a Bloggers Collective has been formed to tackle this issue, and the email discussion can be followed on the web. A Public Wiki has also been created to collate the information on the issue. Readers are requested to add to it.

Update# 4: There is a word from sources that mainstream media will be soon picking up on the issue. Shivam Vij does a rediff article on the issue. BoingBoing has pickes up the issue. So does Mercury News Blog. And by the way, you can also digg it (1, 2, 3).

Other international and popular blogger who have written about it are Michelle Malkin, Wayne Porter, Sean Sirrine, and Jon Lebkowsky. Anna at Sepia Mutiny blogs about the issue and keep a watch on the comments thread. I am sure some dimwits (already one present) will be harping on appropriateness of the government’s actions.

Update#5: Dhoomketu writes an open letter to DoT (yup! on Blogspot) thanking them for showing that Livejournal and WordPress are insignificant blog platforms.

After the Blogspot ban, what’s next in the ‘to ban’ list to “save” us from terror?

Ethan Zuckerman sadly says that India has joined an ‘elite’ club; something we could have done without. Vijay Rao seems to suggest that the block is enforced only in cities and rural internet connectivity seems to be fine.

Greatbong lists important lessons learnt from the ban on Blogspot.

Slashdot has the story with an unfortunate headline that I never thought I would read.

Update# 7: Amit Varma at Guardian’s Comment is Free says “this move by the government is just an attempt to appear to be doing something, and displays their ineptness.”

Because fighting government censorship is hard, we need a moment to lighten up and laugh a little [hat tip: Ammani].

It’s inspiring to read through the information on Desipundit; it opens a window on all those dedicated and intelligent people in India who are determined to preserve their free speech. Since India has wealth of technical talent, including computer engineers, programmers, web developers, and hackers, it’s doubtful that their government can suppress them for long.

We’re fortunate that so many people in India blog in English, so that we can drop in and see what’s going on.

The Chinese government imposes even more severe repression on the internet, with the active collaboration of Google and Yahoo. But the Chinese blogosphere is less easily accessible to us in the West — I wonder if the ever-resourceful Chinese are as successful at circumventing Big Brother as are their counterparts in India?

7 thoughts on “Big Brother Flexes His Muscles in India”