Reader Zonka has translated this editorial from Jyllands-Posten. It was written by the Danish Minister of Education and Church himself. 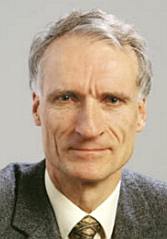 There’s a swarm of bodyguards at Christiansborg (The Danish Parliament —ed). Why? Kåre Bluitgen’s illustrated book about Mohammed doesn’t tell who made the illustrations. Why?

Not just Naser Khader, but also members of the board of moderate Muslims, get threats.

It is safe to say that we live in a threat-culture. Amongst other things Morgenavisen Jyllands-Posten have several times brought long lists of examples on the threat-culture. The Mohammed Crisis clearly showed where the threat-culture originates. Also the international scene is marked by threats. Think about embassy, flag and picture burnings in the Muslim world.

That was what I had in mind in my Constitution Day speeches, where I emphasized that we should not yield on any important issues. That was what I told Jyllands-Posten, who then asked if I myself was affected by it, and I was honest and admitted, after which the debate about “self-censorship” broke loose. I said explicitly that my message wasn’t about self-censorship but about the threat-culture. That was what the interview was about. Yet it is a few lines about the former that have been repeated again and again.

The quote was, that we exercise “self-censorship or at least think carefully, before we make a statement.” And I mentioned as an example, that “a cough in Holstebro can cause a thunder in Mecca.” Which the minister of defense (who is elected in Holstebro) has said in this paper that he understands.

The Truth Must Out

It would be dishonest to claim that it doesn’t make an impression to be placed on top of Islamisk Trossamfund hate list. And it would be unwise not to choose your battles carefully. But what has to be told must be said. And the truth must be told. That is why I choose to raise awareness of the threat-culture, which some are closer to than others.

Denmark made it through the Mohammed-crisis by help of a very wise and conscious strategy, which on one hand didn’t yield an inch from the freedom of speech and on the other made an opening for dialog, which gave us the opportunity to argue for our democratic values, particularly the freedom of speech. That is how we should act. We should think carefully, but in no way yield.

We have naturally also learned something from the crisis. I have learned that a lot of people get offended by seeing drawings of Mohammed (although they exist many places in the Islamic culture — and in Danish schoolbooks about religion). Perhaps it is better to make satirical caricatures of the two-faced imams, who caused so much damage to Denmark this winter. Or make movies and books about the oppression of women that takes place in the name of Islam, as the Dutch Hirsi Ali and van Gogh did, with lethal consequences.

That case was much better to die for than a caricature of Mohammed.

I guess that’s why there haven’t been any new caricatures of Mohammed lately in Jyllands-Posten.

15 thoughts on “We Think Carefully But We’re Not Yielding”